The Rapture: Determining Which Position is Right and Which is Wrong 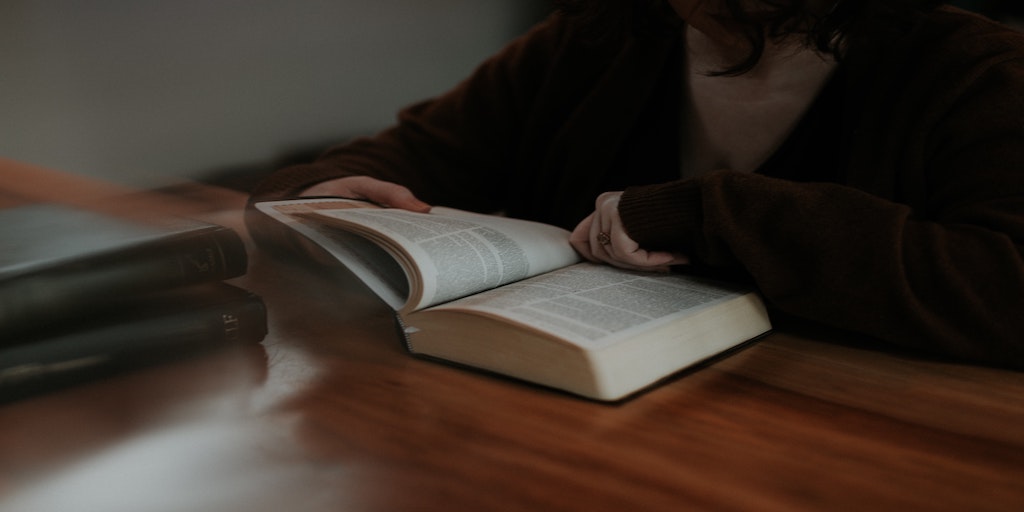 The Rapture: Determining Which Position is Right and Which is Wrong

First of all, you must figure out what each position must prove biblically in order to demon­strate that its position is the correct one. For example, post-tribulationists say that the Rapture and the Second Advent are described in almost exactly the same way; therefore, they’re really talking about the exact same time and the exact same event. And since the Second Advent will occur at the end of the Tribulation, then the Rapture must also occur at the end of the Tribula­tion. Anyone who hears this will recognize the logical place to begin. Pre, mid, and post­tribulationists need to go to those biblical passages that speak about the Second Advent and about the Rapture and try to show the following:

Second, at the Rapture, believers are caught up to meet Christ in the air; Christ does not come all the way down to earth. But, according to Zechariah 14:4, there will be a time (the Second Coming of Christ) when His feet shall touch down upon the Mount of Olives.

Third, according to 1 Thessalonians 4:16, it is the Lord Himself who descends from Heaven and gathers believers to Himself, not the angels; whereas, in Matthew 13:49,50, Jesus plainly states, “the angels shall come forth, and take out the wicked from among the righteous, and will cast them into the furnace of fire; there shall be weeping and gnashing of teeth.”

Fourth, the Rapture is an imminent event, that is, it could happen at any moment; whereas, the Second Coming of Christ is not imminent but preceded by the Tribulation period, the “Abomination of Desolation” at the three and a half year point of Daniel’s Seventieth Week, and great cosmological signs which take place (according to Matthew 24:29) just before Christ visibly descends to planet Earth.

If the Rapture and the Second Coming are not two different events, then how could 1 Thessalonians 1:10 be true? There Paul said about the Thessalonian Christians, “…they had turned to God from idols to serve the living and true God and to wait for His Son from heaven, whom He raised from the dead, that is, Jesus, who delivers us from the wrath to come.” They were waiting expectantly for Christ to come at any moment. In 1 Corinthians 16:22, Paul inter­jected the expression, “Maranatha,” which means, “Our Lord, Come.”

Post-tribulationists should ask, Why was Paul petitioning the Lord to come if He couldn’t come until after the Tribulation? According to James 5:9, Christians should be careful not to complain against each other, because “Jesus the judge is standing right at the door” and could come at any moment. These and other passages reveal that Paul, the other apostles, and the early Christians all believed that Christ could come back at any moment. This shows that the Rapture must be a separate event from the Second Coming of Christ, which has definite signs that must take place before it can occur.

One such biblical truth that needs to be addressed is how human beings go into the Millennial Kingdom in non-glorified bodies. Let me explain. In Revelation 20:1–10, the Thousand-Year Reign of Christ on earth is described. In verses 7 through 10, Satan is released at the end of that Millennial Kingdom; he’s been bound for a thousand years. At that time he goes out and deceives a number of people and leads them in one last rebellion against God.

But we need to ask, “Where did Satan get anybody to follow him?” According to 1 Thessalonians 4 and 1 Corinthians 15, at the rapture the dead in Christ are raised and Chris­tians who are living on earth are transformed, that is, given glorified bodies, and caught up to meet the Lord with whom they remain forever.

This presents a real problem for some of the positions. Revelation 20 says there are going to be some sinners at the end of the Millennial Kingdom. These people had to come from human parents who entered the Millennial Kingdom in natural, physical bodies, just like yours and mine, so that they could have children. Where did these people come from?

The pre-tribulation rapture view holds that the Church is raptured before Daniel’s Seventieth Week—that is, before the Tribulation; yet the gospel will still be proclaimed throughout the seven years of the Tribulation and many people will respond to Christ and be saved. Some of them are going to lose their lives during that seven-year period, but others will make it through that time. Those who make it all the way through the Tribulation period will enter the Millennial Kingdom in their non-glorified, natural, physical bodies. There is also evidence from passages such as Zechariah 12:10 that when the Lord returns at the Second Advent, there will be a large number of Jewish people who will turn to Jesus Christ as personal Savior. They, too, will go into the Kingdom in natural bodies. They will have children who will then have other children who may not accept Christ as personal Savior and could be the ones available to follow Satan at the end of the Millennial Kingdom.

The mid-tribulation rapture position holds that the Church is raptured 3V2 years into the Tribu­lation period, which leaves another 3V2 years for other people in the Tribulation to get saved, not die, and go into the Kingdom in natural bodies.

The position that has the most trouble with this issue is the post-tribulation rapture view. It says that everyone who is saved during the Tribulation and lives to the end of it is part of the Church and will be raptured just prior to the Second Advent. But if all believers at the end of the Tribulation will be raptured and given glorified bodies, and if all unbelievers are swept away and brought to judgment by God, then no believers will be left on earth. So who will be left to go into the Millennial Kingdom in natural bodies to produce children who someday will rebel and follow Satan at the end of the Millennial Kingdom? In other words, post-tribulationists have a real problem in finding people who exist in non-glorified bodies to go into the Millennial Kingdom.

Another biblical truth that must be dealt with by all positions is the Marriage Supper of the Lamb. Revelation 19:7–9 describes Christians in Heaven engaged in the Marriage Supper of the Lamb. Immediately after that event is described, Revelation 19:11 reveals the Lord riding out of Heaven with His saints at the end of the Tribulation to destroy His enemies.

Now, post-tribulationists say the Church goes through the Tribulation. But if Revelation 19:7 describes the Church being in Heaven before the end of the Tribulation, how did it get there? Well, it must have been raptured. Of course, if the Church is on earth throughout the whole Tribulation period, then when was it raptured to allow enough time for the Church to be caught up into Heaven, attend the Marriage Supper of the Lamb, and then return with Christ at His Second Advent? Mid-tribulationists have 3V2 years for the Church to be in Heaven, attend the marriage feast, and then return with Christ at the Second Advent.

The pre-tribulationists have 7 years for the events surrounding the Marriage Supper of the Lamb to occur before Christians return with Christ at the end of the Tribulation, to defeat His enemies and to establish His Millennial Kingdom. But the point is that each of the different views must show that their position best fits the events described.

A third biblical truth that all sides must deal with is the Judgment Seat of Christ. This is spo­ken of in 1 Corinthians 3 and 2 Corinthians 5. The question is, When does this event occur and where does it occur? Does it occur during the Tribulation period? Or, does it occur during the Millennial Kingdom? The pre-tribulationist has 7 years between the rapture and the Second Advent for the Church to be in Heaven, to be brought before the Judgment Seat of Christ, and take part in the Marriage Supper of the Lamb.

The mid-tribulation rapture position has 3V2 years for these events.

The position that seems to have the most trouble with this issue is, again, the post­tribulationist. The reason is, they are saying that the Church is present on earth and experi­ences the Tribulation for 7 years. Then the Church is raptured at the very end, and believers are caught up to meet the Lord in the air, but immediately turn around and come back to Earth with Christ as He descends at the Second Advent. Post-tribulationists thus must show that the Judg­ment Seat of Christ occurs in the Millennial Kingdom period. But there seems to be no evidence for that.

But is there evidence that shows the Judgment Seat of Christ happens in Heaven before the Second Advent? The answer is, “Yes.” When we come to the Marriage Supper of the Lamb in Revelation 19, we find that the bride (the Church) is adorned with her wedding gown. She is dressed in linen, white and clean. And we’re told that the wedding gown represents the righ­teous deeds of the saints, which suggests that by the time the Church gets to the marriage feast, she has already received her recognition and her rewards for the things she has done in the flesh. This suggests the Church has already stood before the Lord at the Judgment Seat of Christ.

Finally, all positions teach that the Church is promised exemption from God’s judgmental wrath. But when one examines Revelation Chapters 4, 5 and 6, it is apparent that the seals on the scroll, once broken, begin the sequence of judgments that runs throughout the whole Tribu­lation period. These “seal judgments” parallel the beginning of “birth pangs” mentioned by Jesus in Matthew 24. They run throughout the Tribulation time period and they are all God’s judgmen­tal wrath.

Well, if that is so, and the Church is promised deliverance from God’s judgmental wrath, it seems that the most likely way that this deliverance will occur is that the Church is not present in the Tribulation at all. As Revelation 3:10 says, “Because you have kept the word of my perse­verance, I also will keep you from the hour of testing, that hour which is about to come upon the whole world, to test those who dwell upon the earth.” Believers will not only be kept from the testing, but the whole time period of the testing. How? 1 Thessalonians 4 says believers will be “caught up,” “snatched,” or “raptured,” from the earth to meet Christ in the clouds. That is why we “wait for God’s Son from heaven whom He raised from the dead, that is, Jesus, who delivers us from the wrath to come” (1 Thess. 1:10).

In brief, the rapture and the Second Advent are described as containing events that can only be explained by realizing they are two separate events. Also, the evidence indicates the pre­tribulational viewpoint is necessary to conclude that the rapture must occur at least 7 years before the Second Advent in order for Christians to escape the judgmental wrath of God poured out during the entire Tribulation time period.