What Nations will be Involved in the Military Attack Against Israel Predicted in Ezekiel 38? | John Ankerberg Show
Donate 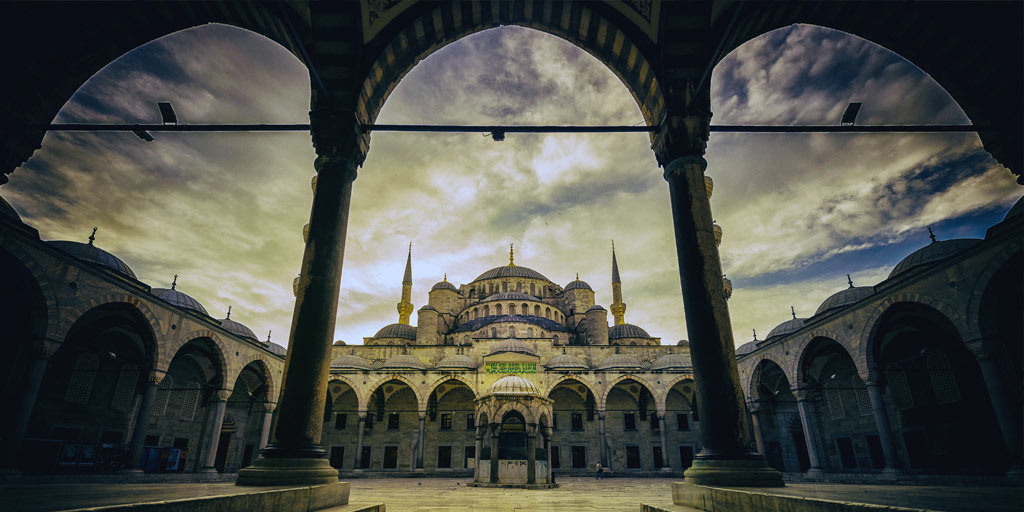 What Nations will be Involved in the Military Attack Against Israel Predicted in Ezekiel 38?

In Ezekiel 38, God foretold that in the latter days, there would be a major military attack against the tiny State of Israel in the homeland once Israel would be restored. And God indicated that military attack would be comprised of the armies of six nations as they were known back in Ezekiel’s day. Five of those nations are named by God in Ezekiel 38:5,6.
In verse 5 the first nation was Persia. Now, that’s what it was known as in Ezekiel’s day, but modern-day Persia is the nation of Iran. Some 2500 years ago through this prophecy, God was saying that in the end times Iran would be sending military forces against Israel in the Middle East. You know what happened to Iran little more than 20 years ago when radical Muslim forces overthrew the Shah of Iran and they’ve been dominating the nation of Iran ever since. That radical Muslim government of Iran has publicly declared more than once that its ultimate goal is the annihilation of Israel from the Middle East.

The third nation named in verse 5 is Libya. Libya is located due west of Egypt in North Africa. And you know what’s been going on in Libya in recent years under the leadership of Mu’ammar Qaddafi. Qaddafi is very anti-West, anti-American, but even more strongly anti-Israel. He would like to see Israel destroyed from the Middle East.

The fourth nation named in verse 6 was Gomer. In Ezekiel’s day, Gomer was a tribal group of people who were located in the central part of what you and I know today as the nation of Turkey.

And then, the fifth nation named, verse 6, was “the house of Togarmah of the north quarters.” In Ezekiel’s day Togarmah was another tribal group of people who were located in the eastern part of what you and I know today as the nation of Turkey. Now, you’re probably aware of the fact that since the end of World War II that Turkey, although it’s a Muslim nation, has had basically a secular government that has allied itself with the Western nations of the world. Turkey since the end of World War II has been a member of NATO. But that is now radically changing. Not to long ago, a radical Muslim party in Turkey won by election control of the government of the capital city of the nation of Turkey, and when they won that election they publicly stated, “Our next goal is to gain control of the national government of Turkey.” One of the spokesmen for that radical Muslim party said, “When we do that, we’re going to change our relationship with NATO. We’re going to establish an Islamic NATO and an Islamic common market.” And it looks very much as if Turkey, in the not too distant future, is going to come under complete domination by a radical Muslim element and then it, too, will turn against the nation of Israel and want to see it annihilated from the face of planet earth.

It’s interesting to note that every one of these nations named here in Ezekiel 38:5,6 today are Islamic nations. Therefore, God some 2500 years ago through this prophecy was indicating that in the end times Israel will have very serious problems with the Islamic nations of the world.

Now, there is a sixth nation named here in Ezekiel 38, and interestingly this one is singled out as the leader of this future military attack against Israel. God gives several identification marks of that leader. Let me deal with two of them. First, the name of the leader. In Ezekiel 38:2, God said to Ezekiel, “Son of man, set your face against Gog, the land of Magog.” The land of Magog in Ezekiel’s day was located in between the Black and Caspian Seas in the southern part of what we have known historically as Russia or the Soviet Union.

A second identification mark is the geographical location of this leader. Verse 14 of Chapter 38: “Therefore, son of man, prophesy and say unto Gog, ‘Thus says the Lord God, in that day when my people of Israel dwell safely shall you not know it? And you shall come from your place out of the north parts [literally out of the remotest parts of the north] you and many people with you, all of them riding upon horses, a great company and a mighty army, and you shall come up against my people of Israel as a cloud to cover the land. It shall be in the latter days.’” Notice, God says this attack against Israel will be in the latter days, but He is saying the leader of this attack will come from the remotest parts of the north.

Now, keep in mind, Ezekiel was a Hebrew prophet and therefore, when he would refer to geographical locations, he would refer to them from the vantage point of his homeland of Israel. And so he’s saying here that the leader of this attack against Israel will come from the remotest parts directly north of Israel. If you were to lay hold of a good world atlas, place one finger on the tiny state of Israel in the Middle East and then move that finger straight north and go as far north as you can and still be in land mass, you would end up in the heartland of what we have known historically as Russia or the Soviet Union. Both of these identification marks seem to be pointing the same direction, namely, that Russia is going to lead this invasion against Israel in the future Tribulation and that Russia will be allied with several Islamic nations who hate Israel with a passion.

Why will Russia lead this attack against Israel? One reason is anti-Semitism. For centuries Russia has been notorious for hatred and persecution and massacring of Jews living in that land. And now that Communism at least for a while has lost its grip on the government of Russia, anti-Semitism has been permitted to raise its ugly head again and there’s an organization there in Russia called Pamyat that sees the ultimate purpose of its existence as that of eliminating every Jew from the land of Russia. And so persecution has begun to break out against the Jews again.

But there is another reason why Russia will lead this attack against Israel. According to the British intelligence service, here is the current thinking of the disgruntled officers of the Russian military. They are saying that in spite of what has happened to Russia since it began to fall apart at the seams, Russia can still have Super-power status in the world if it will ally itself with the Islamic nations of the world against Israel. And God, some 2500 years ago through Ezekiel 38 was foretelling that is precisely what is going to happen in world history.

Written for The John Ankerberg Show By: Dr. Renald Showers; ©1996.

** PLEASE NOTE: This article was written in 1996, we encourage readers to keep that in mind when reading, because the current events referred to in the article are no longer current. There is a lot to learn from the article, and we hope it furthers your understanding of Ezekiel 38.

Use Bible to explain itself. There is no military attack on Spiritual Israel – Tempel of God! This will be an spiritual attack and that from within. Attackers are so called Other sheeps, who are already standing in the Spiritual Temple – on its outer court! Those are “the nations” Mt 24:15 Lu 21:24 Rev 11:2 and 42 months? Rev 13:5 Yes , the attack is organized – from Organization and guided by False Prophet – apostated anointed on the top. This will lead to Armageddon – war between lies from Organization and truth from faithful anointed ones. Forget official… Read more »

@me@gmail.me Spiritual Israel? Apostated anointed on top? Other sheep’s? Let’s be real. You didn’t come up with this interpretation from reading the scriptures from the bible ALONE but rather this interpretation is from none other than the (Cultic) Watchtower bible and tract society AKA false prophets. So please spare us the “forget official explanations” when you people are discouraged to study the bible on your own🙄

Looks like some prophesy being fulfilled (or nearly fulfilled) in Syria…

A Brief Summary of Why the Bible Is Unreliable:

Hi, pretty good. But as for your map,you need to use a globe map. Then North of Jerusalem is Turkeys capital,Angkara. Besides Russias capital was originally St.Petersburg.Also Turkeys was Istanbul or Constantinople. But from my research Gog the king of Magog was in the Northern part of Turkey. The western part of Turkey, was part of Greece.

God the way you see him. God is in the universe, theres many civilizations in the universe which we may never know but God is out there not judging anyone or any species of life in the universe, god is like a generator of life in the cosmos. Giving life(energy) to all matter. We are not special, we were not chosen by God, we are just one civilization of humans on this earth and we will just evolve by nature not by an external force. The universe is infinite therefore infinite possibilities of life. Thinking one is chosen by God… Read more »

Well, if we are not special, God sent His Son on a mission of futility, but this is the work of God. “To believe on the one He sent.”

I do not think Russia is Gog/Magog It seems more like Turkey also a Muslim nation. See this video https://www.youtube.com/watch?v=0Cq340CtbW4

I totally agree with Tiffany. The players are already in the Middle East even Russia is in Syria. The news pundits see it from political or a civil war going on but they don’t see the prophetic implications this has. The game is set with opponents in place. God and His people shall have the final victory. However my heart is saddened and goes out to the Jews because WW3 will have a lot destruction to innocent lives that are just trying to enjoy their freedom.

God the way you see him. God is in the universe, theres many civilizations in the universe which we may never know but God is out there not judging anyone or any species of life in the universe, god is like a generator of life in the cosmos. Giving life(energy) to all matter. We are not special, we were not chosen by God, we are just one civilization of humans on this earth and we will just evolve by nature not by an external force. The universe is infinite therefore infinite possibilities of life. Thinking one is chosen by God… Read more »

Josep… God loves you and wants His best for you. Almighty God HAS chosen. May I ask you a sincere question? How do you know, God will not judge? It clearly tells us in His Word, judgement will happen. For now, it’s consequences for our sin. Then the judgement. Choose THIS DAY, whom you will serve. I pray for you. I offer Christ to you. Admit, Believe and receive Him as Saviour and Lord if your life. To know God is to make Him known. Please read John 1:1. In the New Testament of the Bible.