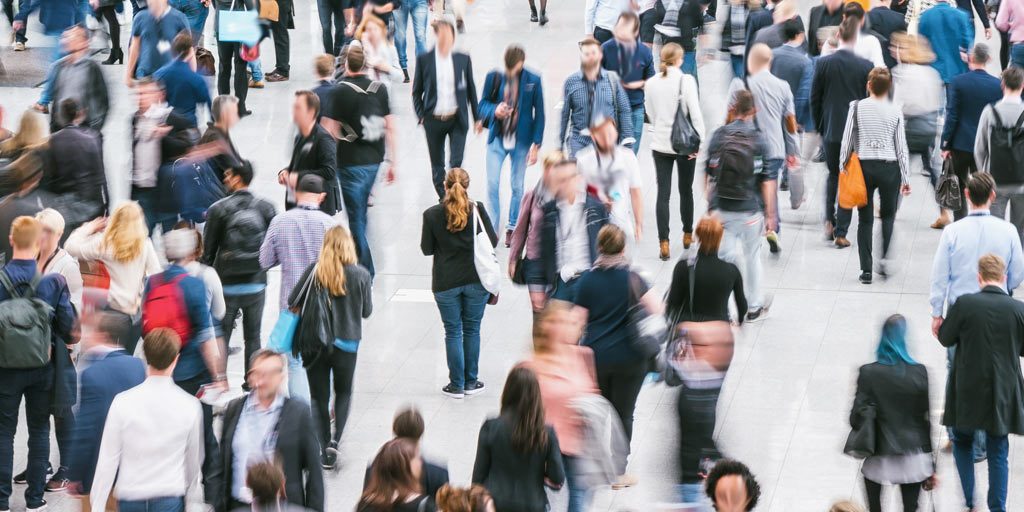 Many Christians are puzzled when the familiar door-knockers, the Jehovah’s Wit­nesses, tell them they don’t want to go to heaven—they intend to live right here on earth, and furthermore, only 144,000 can go to heaven.

THE REVELATION SCRIPTURES IN CONTEXT

This number of 144,000 is found in only two places in Scripture, in Revelation 7:4 and Revelation 14:3. Let’s turn first to Revelation Chapter 7, and establish the context or set­ting. Revelation chapter five introduces a book with seven seals. The Lamb is found wor­thy to open the seals, and a time of worship follows. Revelation chapter six begins with the opening of the first seal, revealing a conqueror on a white horse. The second seal is war, the third, famine, the fourth, death, and the fifth, a scene of the martyrs in heaven. The sixth seal is terror. Now we come to an interlude before the opening of the seventh seal.

In this interlude before the opening of the seventh seal, we find four angels refraining from destroying the earth and sea until the bond-servants of God are sealed. We are now ready to read the first portion of Scripture dealing with the 144,000. We must now all make a decision before we read: Will we read this Scripture literally or figuratively?

Shall we believe it literally, that is, shall we accept it exactly as written? That is our first choice. Our second choice is this—shall we believe it figuratively—that is, it says one thing, but it really means another. It is symbolic.

We must make one choice or the other, and then follow through ALL THE VERSES the same way. We are not good Bible students if we try to divide verses between literal and figurative to suit our preconceived doctrines. Now, let’s read Revelation 7:4,

“And I heard the number of those who were sealed, one hundred and forty-four thousand sealed from every tribe of the sons of Israel.”

Now, either there are really 144,000 individuals here who are really flesh-and-blood Jews, that being the LITERAL translation, OR there are a large number of individuals here, as represented by the number 144,000 who are “spiritual” or “figurative” Jews. In this interpretation, BOTH the number 144,000 and the phrase “sealed from every tribe of the sons of Israel” are to be understood figuratively. We must make a choice of one inter­pretation or the other.

What is completely in error is to say that the number 144,000 is literal, but that the very next phrase is figurative. This is what Jehovah’s Witnesses do—they would have us be­lieve that the number 144,000 means exactly 144,000 people (LITERAL), but the phrase “sealed from every tribe of the sons of Israel” means spiritual Jews, or to be more exact, special members of their organization headquartered in Brooklyn, N.Y. (FIGURATIVE).

This group is not alone in wrestling the Scriptures on the 144,000 since almost every cult group claims to be the 144,000 so-called “spiritual Jews.” One gets a mental picture of an overloaded Mount Zion, with the Jehovah’s Witnesses, Mormons (Latter Day Saints), Seventh-day Adventists, followers of the late Herbert W. Armstrong, and others all jostling for position! I am reminded of the Scripture in Revelation 2:9 which refers to the blasphemy by those who, “…say they are Jews and are not, but are a synagogue of Satan.”

ARE THE TWELVE TRIBES OF REVELATION SEVEN LITERAL?

Christians prefer to believe the Bible, first of all literally, if that is possible. “But wait!” the cults say, “the list that follows the number 144,000 is NOT a literal list of the twelve tribes of Israel. It was pointed out to me by a Jewish Rabbi that the lists of the twelve tribes of Israel differ throughout Scripture. Sometimes the original twelve names found in Gen­esis 49 are not used, but descendants further down the line are used in place of an original name.

For example, we will look at the tribe of Joseph. You will recall that Joseph was sold into slavery in Egypt, married, and had two sons, Ephraim and Manasseh. When he was reunited with his father, Jacob (Israel), his father claimed these two sons as his own, and thereafter we usually find the tribe of Joseph not mentioned, but the two sons mentioned in his place. This would bring the total of the tribes of Israel to thirteen, not twelve. To keep the number at twelve, the tribe of Levi, the priestly tribe, is generally omitted in some Scrip­tural and historical lists.

The listing of the twelve tribes of Israel found in Revelation, chapter seven, is interest­ing in that it lists Joseph, the father, in place of one of his sons Ephraim, but goes on to list the other son, Manasseh as a tribe. Levi, who is sometimes omitted, is found in Revelation 7:7, and the tribe of Dan is omitted. The number of the tribes remains at twelve. This, however, is a LITERAL list of the twelve tribes of Israel and is just as correct as the other literal lists in the Bible.

There are various speculations as to why Ephriam and Dan are not mentioned here. It is interesting that both tribes were guilty of idolatry, namely the setting up of calf worship, and causing division in the ten-tribe revolt. Judas Iscariot was from the tribe of Dan, and some believe that the Anti-Christ will come from the tribe of Dan. Whatever the reasons, the omissions of Dan and Ephraim from the list in Revelation, chapter seven, does not constitute a reason for claiming the list is not literal and correct. When the prophet Ezekiel lists the tribes living in the Kingdom Age, we again find Dan and Ephraim with their portion. Most recognized Bible scholars agree that the number 144,000 and the listing of the twelve tribes of Israel, are literal and are to be understood as written.

With this literal understanding in mind, let’s turn over to Revelation, chapter 14, and read about the Lamb and the 144,000 on Mount Zion. This is a heavenly scene.

“And I looked and behold the Lamb was standing on Mount Zion, and with Him one hundred and forty-four thousand, having His name and the name of His Father written on their foreheads. And I heard a voice from heaven, like the sound of many waters and like the sound of loud thunder, and the voice which I heard was like the sound of harpists playing on their harps. And they sang a new song before the throne and before the four living creatures and the elders; and no one could learn the song except the one hundred and forty- four thousand who had been purchased from the earth.”

Verse 4 of Revelation 14 now goes on to identify these 144,000 who had been pur­chased from the earth.

“These are the ones who have not been defiled with women, for they have kept themselves chaste.”

Believing this literally, we must look for 144,000 male virgins who are Israelites by birth. Verse 4 continues,

“These are the ones who follow the Lamb…where ever He goes. These have been purchased from among men as first fruits to God and to the Lamb.” Again, literally, we must look for men who closely follow the Lamb, not only in the matter of being chaste, as was Jesus, but really giving a true witness of the Lamb.

It’s interesting that most of the cult groups who claim to encompass the 144,000 do anything BUT give a true witness of Jesus Christ. Jehovah’s Witnesses claim Jesus is Michael the Archangel. The young “Elders” of the Mormon Church claim Jesus Christ is the offspring of an exalted man from a distant planet, and that Lucifer is Christ’s spirit brother. Truly, we could hardly expect to find the 144,000 among any of the cult groups misrepre­senting Christ.

Revelation 14:5 makes this plain statement concerning the 144,000 Jewish men, “And no lie was found in their mouth; they are blameless”. It is a simple matter to take this state­ment and see if it applies to the groups claiming to be the 144,000 or a “remnant” thereof. The Watch Tower Society of Jehovah’s Witnesses has missed the date for the second coming of Christ in 1874, 1914, 1918, 1925, 1941, and 1975. We could safely say that not only was a lie to be found in their mouths, but they fail miserably the Bible test for a prophet. The Mormons, headquartered in Salt Lake City, also missed the date for the second coming of Christ in 1891. The personal conduct of some of the other cult leaders claiming to be the 144,000 leave no doubt as to their inability to meet the requirements of being “chaste” or virtuous.

Apparently God is not finished with the natural Jews yet. There are many prophecies that are partly fulfilled on the literal nation of Israel, and we await their total fulfillment, not figuratively, but literally.

Written for The John Ankerberg Show by Lorri MacGregor; ©November 1999.