Would a Loving God Send People to Hell? 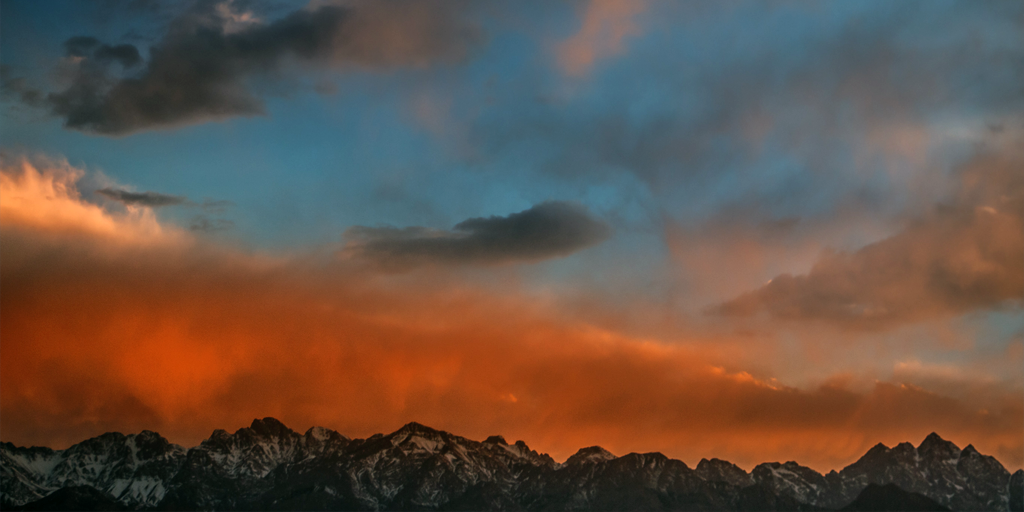 Would a Loving God Send People to Hell?

Dr. John Ankerberg: Erwin, people always raise the argument, “a loving God would never send anyone, or allow anyone to go to hell.” What would you say to them?

Dr. Erwin Lutzer: You know, John, whenever people say to me, “My God is a God of love. He would never allow people like that to suffer,” all that you need to do is to point to the suffering in the world today.

Years ago an earthquake in Mexico City killed something like 15,000 people. We have floods; we have hurricanes; we have famines. All of these things are preventable. All that God would have to do is to simply speak the word and the rain would come and the crops would grow. All that He’d have to do is to strengthen the earth’s crust so that these earth­quakes would not happen. There are all kinds of options that God has.

Now let me ask you a question. If God is willing to allow the human race to go through suffering, when clearly He could intervene and stop it, is it really inconsistent to believe that God might allow people to suffer in hell forever? I think it’s very consistent.

You say, “Well, I thought He was a God of love.” Yes, and His love is displayed in Jesus Christ. But He is also a God of holiness and a God of justice and He has an agenda to glorify Himself. We don’t understand it all, but we do know that it’s revealed in Scriptures— the doctrine of eternal, conscious, punishment.

Ankerberg: Alright then, what kind of hell are we talking about?

Lutzer: Let me give you some characteristics of hell. First of all, it is a place of torment. The Scripture says they are “tormented day and night.” Literal fire? We don’t know but there doesn’t have to be literal fire. It can be the burning within, the sensations, the desires that are totally and completely and always unfilled, insatiable inner burning.

Another characteristic is that it is a place of abandonment. I remember having somebody tell me, “Well, Pastor Lutzer, I want to go to hell where all of my friends are going to be.”

I want you to know that was incredibly, unbelievably foolish. My friend, if you go to hell where you friends are, you will not be needing your friends. Very probably, you will be in isolation, and C. S. Lewis was probably right when he said that in hell if people are to­gether, it will only increase their torment. Hell is a place of abandonment.

It is also an eternal punishment. Can we even get our mind around that concept? I don’t think so but we can try. You know, if you had a bird coming to this earth from another planet every million years to take one grain of sand back to that other planet, and every million years to bird shows up once again to take a grain of sand. How long would it take before it took the beaches of the world? How long would it take before the Rocky Mountains were moved to the other planet? Unthinkable! But if the bird would have done that, I want you to know that the entire world would be moved to another planet and eternity will have hardly begun. Eternal death. Think about that.

And then, of course, hell is a place of easy access, but no exit. One summer I took Dante with me to read and I think he was right, you know. He was wrong about some things but he was right when he said that the entrance into hell had these words: “ABANDON ALL HOPE, YE WHO ENTER HERE.”

I think that one of the greatest preachers in America was Jonathan Edwards. Edwards is known for his sermon, “Sinners in the Hands of an Angry God.” Let me read a few para­graphs.

He said, “There is nothing that keeps wicked men at any one moment out of hell but the mere pleasure of God. There is no lack in God’s power to cast wicked men into hell at any moment. They deserve to be cast into hell so divine justice never stands in the way. They are now the objects of that very same anger and wrath that is expressed in the torments of hell. Yea” —and notice this, now—“God is a great deal more angry with great numbers that are now on earth, yea doubtless with some who re-read this book who may be at ease than He is with many of those who are now in the flames of hell.”

I might clarify that I believe that those who die today are not yet in hell but they shall be. They are in a place called hades. But, nevertheless, Edwards is speaking about hell as a present reality and it will be. It will be for all those who do not know Christ as Savior.

Let me continue with another paragraph: “Unconverted men walk over the pit of hell on a rotten covering and there are innumerable places in this covering so weak that they will not be able to bear their weight. And those places are not seen. There is the dreadful pit of the glowing flames of the wrath of God. There is hell’s wide, gaping mouth open and you have nothing to stand upon nor anything to take hold of. There is nothing between you and hell but air. It is only the power and the mere pleasure of God that holds you up. His wrath burns against you like fire. He looks upon you as worthy of nothing else than to be thrown into the fire. You hang by a slender thread with the flames of divine wrath flashing about, ready every moment to singe that thread and burn it asunder.”

You know, in Canada during the days when it was just prairie, there is a story about how a man and his daughter were walking along and they saw a fire coming toward them—a prairie fire. They couldn’t run from it, but the father said, “Let’s quickly burn a patch of grass right here.” And they lit a fire right where they were and as the fire was still in the distance, they cleared a large patch of burned area around them. And when the fire came, the story goes, they stood on that patch and the fire did not get to them because they were standing where the fire already was.

“Death and the curse were in our cup:
O Christ, ‘twas full for Thee;
But Thou didst drain the last dark drop,
‘Tis empty now for me.”
(O Christ, What Burdens Bowed Thy Head? Words: Anne Cousins, Music: Ira Sankey)

Christ took the hell of all who believe in Him. He took the hit that we might be delivered, set free, and shielded from the wrath of God. I urge you to flee to Him. I urge you to give up all hope of rationalizing and arguing with God. Receive His Son or your future will be one of damnation.