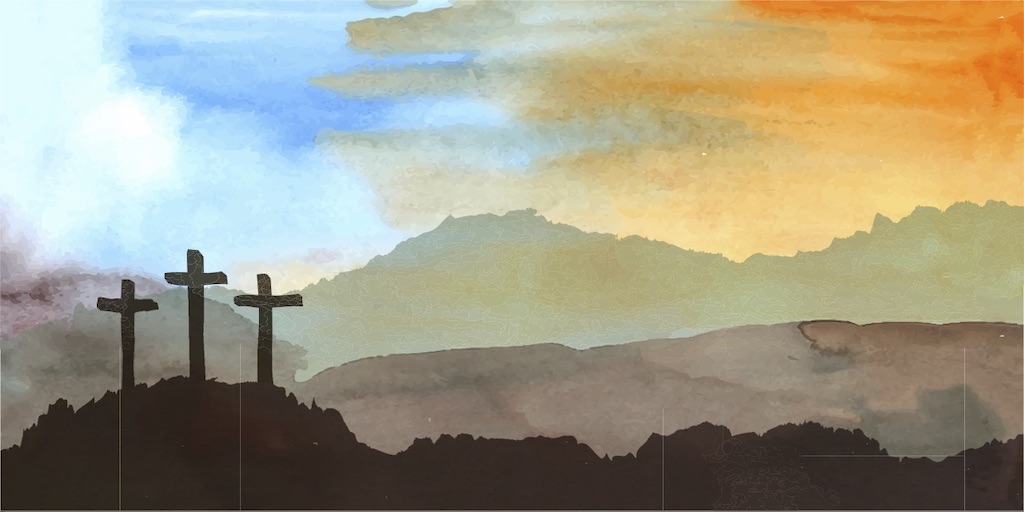 One of the hardest things for many people to accept is that Jesus actually rose from the dead, and that hundreds of people claim they saw Him afterward. While some have attempted to pass these sightings off as mere hallucinations, Drs. John Ankerberg and John Weldon offer the following reasons why we should accept the eyewitness testimony we find in the New Testament.[1] What does In Christ Alone mean?

The Oxford American Dictionary defines a witness as “a person who gives evidence in court” or “a person who is present at an event in order to testify to the fact that it took place.” According to this, a witness is not giving hearsay, he is giving “something that serves as evidence.” It is not opinion or conjecture or anything less than evidence personally and carefully attested to by one who saw it. As far as Jesus Christ rising from the dead is concerned, the method required to confirm it is not extraordinary. A dead man who came to life could give the very same evidence of his being alive as any living person could. So the witnesses only need to be able to distinguish a dead man from a living man. How difficult is this? Is there anyone who would doubt their ability to distinguish a living man from a dead one?

In their early preaching, all the apostles repeatedly stressed the eyewitness nature of the resurrection to both Jew and Gentile, believer and skeptic alike:

This Jesus God raised up again, to which we are all witnesses (Acts 2:32).

The one whom God raised from the dead, a fact to which we are witnesses (Acts 3:15).

The God of our fathers raised up Jesus, whom you had put to death… and we are witnesses of these things (Acts 5:30,32).

The apostle Peter emphasizes that, “For we did not follow cleverly devised tales when we made known to you the power and coming of our Lord Jesus Christ, but we were eyewitnesses of His majesty” (2 Peter 1:16).

To their hearers the apostles repeatedly stressed that the facts of Christ’s death and resurrection were known far and wide. “You know what has happened,” they said (Acts 10:37 NIV). While on trial, Paul emphasized the empirical nature of the case for Christ’s resurrection, stating that he spoke words “ofsober truth” and that all of “this has not been done in a corner” (Acts 26:25,26; cf. 2:22).

Writing in his epistles years later, the apostle John continued to emphasize the empirical, eyewitness nature of the case for the resurrection. He knew he had seen the risen Jesus and nothing in the 40-year intervening period had changed his mind: “That which was from the beginning, which we have heard, which we have seen with our eyes, which we have looked at [“ho heorakamen tois ophthalmois hemon ho estheasametha; to scrutinize; examine carefully; to behold intelligently; the two verbs express a ‘definite investigation by the observer’ “ (Westcott)[2]] and our hands have touched—this we proclaim concerning the Word of life. The life appeared; we have seen it and testify to it, and we proclaim to you the eternal life, which was with the Father and has appeared to us. We proclaim to you what we have seen and heard…” (1 John 1:1-3 NIV).

The careful historical researcher and physician, the apostle Luke, also stressed that his own reporting came from eyewitnesses: “Many have undertaken to draw up an account of the things that have been fulfilled among us, just as they were handed down to us by those who from the first were eyewitnesses and servants of the word. With this in mind, since I myself have carefully investigated everything from the beginning, I too decided to write an orderly account for you, most excellent Theophilus, so that you may know the certainty of the things you have been taught” (Luke 1:1-4 NIV). (The Greek word he uses for “eyewitnesses” in Luke 1:2, autoptes, means, “one who beholds for himself.”) Referring to Jesus, Luke says, “After his suffering, he presented himself to them and gave many convincing proofs that he was alive. He appeared to them over a period of forty days and spoke about the kingdom of God” (Acts 1:3 NIV).

In criminal trials today, most juries are convinced on the basis of two eyewitnesses to an event and sometimes by only one. But any modern trial lawyer is simply ecstatic when he has three eyewitnesses; his chances for a conviction rise to 99 percent.[3] For the resurrection we have far more than three eyewitnesses. We have such an abundance of eyewitness testimony the chances are excellent that a modern jury would conclude in favor of the resurrection, even though it happened 2,000 years ago.

The fact the apostles constantly appealed to such eyewitness testimony is all the more believable in light of their own unique Jewish heritage. No religion has ever stressed the importance of truth or a truthful testimony more than the Jewish religion.

In the Hebrew Scriptures, God repeatedly warned His people to be truthful; a false witness was to be considered evil and worthy of punishment. Each of the apostles knew beyond doubt that if they were giving false testimony concerning the resurrection of Christ, not only were they guilty of a serious offense for which they might be stoned to death, they were also false witnesses against God Himself, for which they would give account in the next life.

Consider how the commandments of their own law, as given by God, would encourage sober reporting on the part of the apostles: “You shall not bear false witness…” (Exodus 20:16); “you shall not bear a false report; do not join your hand with a wicked man to be a malicious witness” (Exodus 23:1); “on the evidence of two witnesses or three witnesses, he who is to die shall be put to death; he shall not be put to death on the evidence of one witness” (Deuteronomy 17:6); “a single witness shall not rise up against a man on account of any iniquity or any sin which he has committed; on the evidence of two or three witnesses a matter shall be confirmed” (Deuteronomy 19:15); “a false witness will not go unpunished, and he who tells lies will not escape…. he who tells lies will perish” (Proverbs 19:5,9).

All this explains why the apostle Paul emphasized the importance of being certain that Christ was risen from the dead and the severe consequences of a false testimony: “And if Christ has not been raised, then our preaching is vain, your faith also is vain. Moreover we are even found to be false witnesses of God, because we witnessed against God that he raised Christ, whom He did not raise…” (1 Corinthians 15:14,15).

Consider the often-malicious opposition encountered by these eyewitnesses. Would they repeatedly endure persecution, prison, risking their lives, and face death, for what they knew was a lie? Here is a small sampling of what these witnesses went through.

As they were speaking to the people, the priests and the captain of the temple guard and the Sadducees came up to them, being greatly disturbed because they were teaching the people and proclaiming in Jesus the resurrection from the dead. And they laid hands on them, and put them in jail… (Acts 4:1-3).

After calling the apostles in, they flogged them and ordered them no to speak in the name of Jesus…. (Acts 5:40).

Saul was in hearty agreement with putting him [Stephen] to death. And on that day a great persecution began against the church in Jerusalem… Saul began ravaging the church, entering house after house, and dragging off men and women, he would put them in prison (Acts 8:1,3).

Now about that time Herod the king laid hands on some who belonged to the church in order to mistreat them. And he had James the brother of John put to death with a sword…. He proceeded to arrest Peter also (Acts 12:1-3).

Wrap Up On In Christ Alone

In spite of all this persecution, imprisonment, and even execution, “every day, in the temple and from house to house, they kept right on teaching and preaching Jesus as the Christ [i.e., the risen Messiah]” (Acts 5:42). These men not only continued to proclaim that they were direct eyewitnesses of the risen Christ but that the very Old Testament prophets (“Of Him all the prophets bear witness” [Acts 10:43, cf. Romans 3:21]) and God Himself (1 John 5:9,10) were also witnesses of the risen Christ.

One reason we can trust this testimony is because all but one of the apostles died for their belief that Jesus Christ had been resurrected—and they faced death by some of the most painful, cruelest methods known to man: James, the brother of Jesus was stoned to death by Ananias the high priest; Peter, Andrew, Philip, Simon, Bartholomew, and James the son of Alphaeus were all crucified; Matthew and James, the son of Zebedee, were put to death by the sword; Thaddaeus was killed by arrows, and Thomas died by a spear thrust.[4] Only the apostle John apparently died a natural death.

These men could be harassed, thrown in prison, flogged, beaten, and killed, but they could not be made to deny their conviction that Christ rose again.

[1] See Knowing the Truth About the Resurrection.