Could Jesus Return At Any Moment? 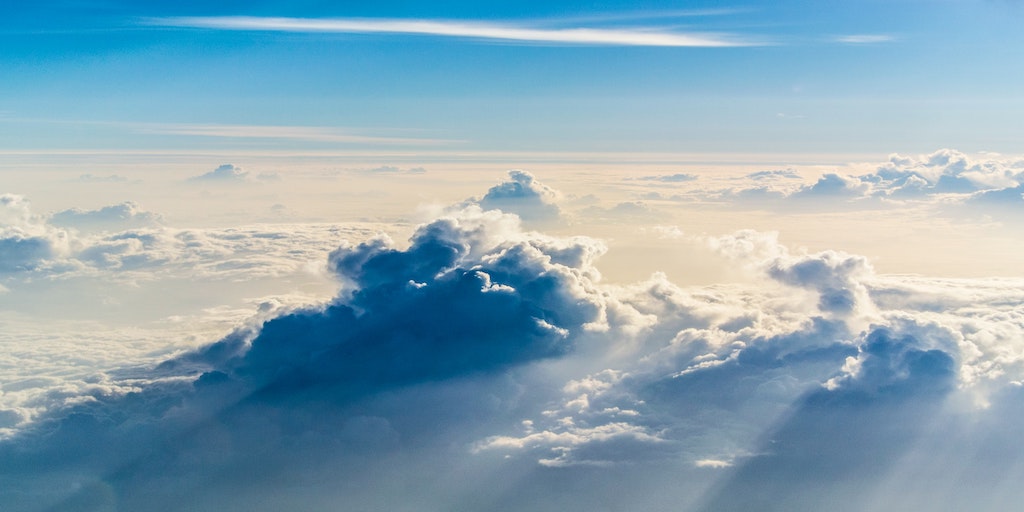 Does the Bible indicate that it’s possible for the Lord Jesus to return even today to rapture His Bride the Church out of the world? I’m convinced that it does indicate that. The New Testa­ment teaches the imminency of the Lord’s return, and that means that Christ could return at any moment. Even back in New Testament times He could have returned at any moment. Now, He hasn’t yet, but it was possible back then. And the imminency concept carries with it the idea that there may be many things that WOULD happen before Christ comes, but biblically there’s nothing that HAS to happen before the Lord Jesus would come to rapture the Church out of the world to be with Him in the Father’s house in Heaven. Could Jesus return at any moment?

Now, where do we get this concept that the Lord could come at any moment, maybe even today?

Well, there are a number of passages in the New Testament that really convey that concept and I’d like to deal perhaps with just three of them for our study today. First, in 1 Corinthians 16:22, the Apostle Paul said to the Corinthian Christians, “If any man love not the Lord Jesus Christ, let him be anathema.” And then Paul interjected at the end of this verse, interesting expression, “Maranatha!” Now, what does that term mean?

Well, it’s very interesting to note that that word was derived from the Aramaic language. Let me explain. The Aramaic language was the language that was spoken in the land of Israel during Jesus’ day. From all we can discern, that was even the language the Jesus spoke while He was here in the world. It was kind of a mixture of Hebrew and importing things from other languages where the Jews had lived over the centuries.

This was an Aramaic expression. In fact, “Maranatha” is made up of three Aramaic words: the first one is the word MAR which meant “Lord,” and then the next one is ANA which means “Our,” and the third was THA which means “Come.” So putting it together, Maranatha means “Our Lord, come.” The interesting thing is, this was in the form of a petition so that when Christians would make that statement, as Paul did here, he was actually petitioning the Lord to come.

Another intriguing thing about this is that, although this is an Aramaic expression which ap­parently began with Jewish believers in the Lord Jesus in the land of Israel during the first cen­tury, here Paul uses this word to Greek speaking people at a Greek Church in the city of Corinth. And he’s writing it in a letter that he wrote in the Greek language.

So scholars have asked the question: “Why would Paul throw out an Aramaic term at people who knew the Greek language and in a Greek book that he’s writing?” Scholars have concluded that the reason for that is that this expression had become a widespread expression by Chris­tians all over the ancient world. Even though they may not have known any other expression in the Aramaic language, they learned what this one meant, so they used it as a byword. Some feel they even used it as a greeting when they would see each other to identify themselves as believers. They would say, “Maranatha” (Our Lord, come.) But again, it’s conveying a concept that the Lord could come at any moment, otherwise, why petition Him to come? It’s imminency that’s being conveyed here.

A second significant passage out of many others in the New Testament on the imminency of the Lord’s return is 1 Thessalonians 1:10. Here the Apostle Paul is in this context is talking about commendable attitudes or deeds which were characteristic of the Thessalonians Chris­tians of this time. And one of those commendable attitudes or actions was this: they were “wait­ing for God’s Son from Heaven.”

Now, some fascinating things about the verb form translated “wait.” That word literally meant “to wait up for,” and it was used back in the ancient world for people who were waiting up for the arrival of a person whom they were expecting to come. Now, the idea behind that is, they were waiting up for this arrival. It’s the idea that they didn’t go to bed at their normal time. And the reason they wouldn’t go to bed at their normal time was because they were expecting this person could arrive at any moment.

If they knew that this person couldn’t arrive, say, for another four, five, six hours, the normal thing for them would not be to wait up but to go to bed for the four, five or six hours, set the alarm clock (if they had alarm clocks at that time), and then wake up at the time that they knew the person would arrive. So the very fact that Paul says that the Thessalonian Christians had the attitude of waiting up for God’s Son to come from Heaven tells us that they were expecting Him to come from Heaven at any moment.

Another interesting thing about this term, and scholars point this out, is that this indicates patience and confidence. And in addition, it’s in the present tense and normally in the original language of the New Testament the present tense, unless the context tells us otherwise, has the idea of a continuous action. So Paul was teaching here that the Thessalonian Christians were “continuously” and “patiently” awaiting the Lord’s coming, waiting up for Him to come, because they were confident that He could come at any moment. Again, the idea is, they believed in the imminent return of the Lord Jesus.

Now, a question we could ask at this point was this: Where did they get this idea from, that the Lord could return at any moment? Well, when you read the book of Acts, which records what Paul did when he went to the city of Thessalonica on one of his missionary journeys, we find that Paul is the one who taught them what they knew about the Scriptures and the truth of God.

When you read 1 Thessalonians there are several indications. Paul reminds them of things that he had taught them when he was with them. So if the Apostle Paul had been their major teacher of God’s truth, to my way of thinking, that implies that Paul was the one who had taught them of the imminent coming of Christ, that He could come from Heaven at any moment for His believers to take them home to glory to be with Him. It’s very intriguing to notice as well that Paul did not rebuke them or correct them for having this expectation and this attitude and there’s no indication that he rebuked them or corrected them at all. In fact, when you read the context, he seems to be commending them for having this attitude. So I get the distinct impres­sion that Paul was fully convinced himself that the Lord come return at any moment, and there­fore they were right in having this expectancy.

Then, a third passage that I’d like to focus our attention upon for the imminency of the Lord’s return is in James 5. We want to begin with verse 7: “Be patient, therefore, brethren, unto the coming of the Lord; behold the husbandman waits for the precious fruit of the earth and has long patience for it until he receive the early and latter rain. Be you also patient; establish you hearts, for the coming of the Lord draws nigh. Grudge not one against another, brethren, lest you be condemned. Behold, the Judge stands before the door.”

I’d like to draw your attention to two verb forms that James uses here. At the end of verse 8he says, “the coming of the Lord draws nigh” and then in verse 9, “the judge stands before the door.” A very important thing to note here is that, in the original language that James wrote, both of those verbs are in what the Greeks called the perfect tense. And the significance of the Greek perfect tense was that it is referring to an action that was completed in the past, but then there is a resultant state that continues on from that action. It just continues on indefinitely.

And as well, “the judge stands before the door”; he was saying that there’s a sense in which Jesus Christ as the Judge of believers took His position of the door of Heaven and was standing there; He even took that position and began to stand there before James wrote this epistle and He continues to stand at the door of Heaven.

Could Jesus return at any moment? A number of scholars that I researched on this said James is trying to emphasize to his readers the imminency of the Lord’s return. The idea is, the Lord could come as the Judge of Heaven through that door of Heaven at any moment and then immediately, Christians would stand before Him at the Judgment Seat of Christ. They have their works as believers evaluated by the Lord. It’s imminency that he’s talking about here. And I’m convinced that just as it was imminent back then, the Lord could have stepped through the door of Heaven at any time.

The same is true today—Christ could step through the door of Heaven at any moment, and we who are believers in Jesus Christ would be ushered into His presence and then would stand before Him at the Judgment Seat of Christ to have our works evaluated by the Lord.