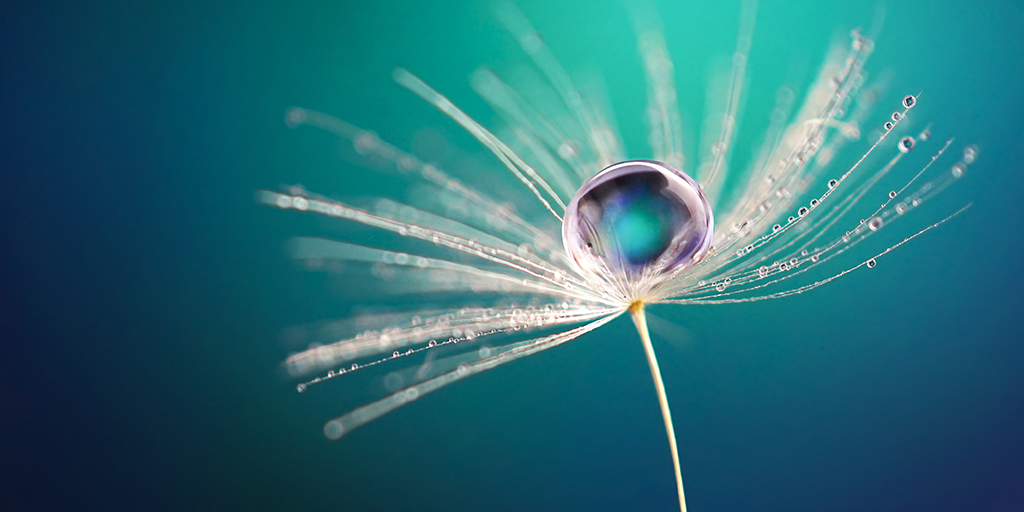 The historian Edward Gibbon listed the miraculous powers ascribed to the early church as one of five reasons for the phenomenal growth of Christianity in the Roman Empire.[1] Miracles were and still are very important to Christianity. Indeed, Christianity is a religion of miracles. But just what is a miracle?

Today the term is used so loosely that it has practically been robbed of its historical meaning. An NFL quarterback makes a great pass from the fifty-yard line that leads to a touchdown in the last three seconds of the game, and we call it a miracle. Someone drives to the mall the week before Christmas, and there is a parking place right by the entrance—a miracle! A student comes home and says, “It was a miracle that I passed that final exam.” A lady attends a luncheon and tells her friends, “It was a miracle I made it here on time.” We shop for detergents to make our clothes miracle white. We watch a youthful show on television called Miracle on Thirty-Fourth Street, where the word “miracle” essentially relates to the world of myth.

Bible scholar Robert Dean understandably urges that “we must be careful not to use the word so generally that the result makes so many things miraculous that the word loses its meaning. This kind of ‘inflation of miracles’ dilutes God’s divine standard, so that phenomena which really belongs in the realm of the ordinary is wrongly labeled as a miracle.”[2] Dean is right. We must be careful in defining miracles lest they lose all significance.

In addressing how to define miracles, it is helpful to begin by briefly making note of the two most popular inadequate definitions that have surfaced from time to time throughout church history. The first inadequate definition of a miracle is this: “God working in the world without using means to bring about the results He wishes.”[3] This definition is insufficient because many of the miracles recorded in the Bible did use “means.” For example, when Jesus fed 5,000 people, He multiplied two fishes and five loaves of bread into enough food to feed the people. (The fish and bread were “means.”) When Jesus turned water into wine at the wedding feast, He used the “means” of water. So, this definition does not suffice.

A second inadequate definition is this: “An event impossible to explain by natural causes.”[4] At first glance, this definition might seem to be a good one. But the definition fails because it gives no recognition to God as the source of the miracle. In this definition, miracles can just “happen” with no necessary divine involvement. This type of definition seems to be adopted by some of today’s TV shows on miracles.

Bible scholar Richard Purtill is right when he says that a miracle “must be caused by the power of God. If, for some reason, we find that some apparently wonderful event can be accounted for by some power less than the power of God, then we withhold the designation ‘miracle.’”[5]

The English word “miracle” comes from the Latin term miraculum, which refers to something that evokes wonder.[6] Theologians have wrestled long and hard in terms of the best way to define the term from a biblical perspective.

Apologist Norman L. Geisler observes that every supernaturally caused event described in Scripture is miraculous in a broad sense. But he notes that Scripture also uses the concept in a narrower, more technical sense.[13] It is this more limited sense that I want to focus on at the outset of this chapter. Then I will address the “looser” nontechnical sense of the word.

There are four Greek words used for miracles in the New Testament: “mighty work” (dunamis), “sign” (semeion), “wonder” (terata), and “work” (erga). These terms are often used with each other in referring to miraculous acts of God.

The Greek word dunamis means “strength,” “power,” “ability,” “inherent power,” “power residing in a thing by virtue of its nature,” “power for performing miracles.”[14] Vine’s Expository Dictionary of Biblical Words tells us that the word is used “of works of a supernatural origin and character, such as could not be produced by natural agents and means.”[15] Whoever the human instrument is in their accomplishment (such as an apostle), the mighty power itself is of God alone.[16] In the New Testament, the word can be translated as “miracle” or “mighty work.”

In Acts 8:13, for example, we read, “Simon himself believed and was baptized. And he followed Philip everywhere, astonished by the great signs and miracles he saw” (emphasis added). In Acts 19:11, we read that “God did extraordinary miracles through Paul” (emphasis added). Jesus once said, “Woe to you, Korazin! Woe to you, Bethsaida! If the miracles that were performed in you had been performed in Tyre and Sidon, they would have repented long ago in sackcloth and ashes” (Matthew 11:21, emphasis added). In each case, these miracles involved mighty works of God.

The Greek word semeion means “sign,” “mark,” “token,” “that by which a person or a thing is distinguished from others and is known.”[17] Vine’s Expository Dictionary of Biblical Words tells us that the word is often used of miracles and wonders as signs of divine authority.[18]

Bible scholar Richard Mayhue tells us that semeion “leads a person to something beyond the miracle. It is valuable not for what it is, but rather for what it points toward.”[19] Semeion carries the idea of a “miracle with the message” or a “miracle with a meaning.” It is a “miracle with a special lesson tied to it.”[20] Josh McDowell and Don Stewart say the word conveys the idea of “attesting miracle or a miraculous proof.”[21] Greek scholar Spiros Zodhiates tells us that semeion refers to a “sign, mark, token, miracle with a spiritual end and purpose… which lead to something out of and beyond themselves; fingermarks of God, valuable not so much for what they are as for what they indicate of the grace and power of the Doer (Mark 16:20).”[22] In the New Testament, the word is most often translated “signs.”

In contexts dealing with Jesus, the “signs” are objective pointers to His identity as the promised divine Messiah. As Isaiah 11 and 35 make clear, one credential of the divine Messiah is that He would perform signs and miracles (such as giving sight to the blind and enabling the lame to walk) among the people. Jesus fulfilled these Old Testament prophecies perfectly. The apostle John selected seven miracles of Jesus to write about in his gospel, and in each case, he called them “signs.” The most magnificent miracle of the New Testament—the resurrection of Jesus from the dead—is also called a sign (the “sign of Jonah”) in Matthew 12:39.

In contexts dealing with the apostles, the signs attested that these individuals were genuine messengers of God (Hebrews 2:3-4).[23] The signs or miracles conveyed the impression of the presence and power of God in the apostle. Merrill F. Unger says these signs “reveal the connection of the one who works them with the spiritual world and are thus seals attending his authority as a messenger from God (John 2:18,23; 3:2; Matthew 12:38; Acts 14:3; 2 Corinthians 12:12).”[24] Where miracles are, there certainly God is. The man who works a miracle thereby affords evident proof that he comes with the authority of God; they are his credentials that he is God’s messenger.[25] Recall that when the apostle Paul was defending his authority as an apostle of God, he reminded the Corinthian believers that “the things that mark an apostle—signs, wonders and miracles—were done among you with great perseverance” (2 Corinthians 12:12, emphasis added).

Moses performed various signs in Old Testament times—such as turning a rod into a serpent and making his hand turn leprous—to demonstrate that he was truly sent from God (Exodus 4:1-7). The people believed when Moses performed these signs (4:30-31). Moses later challenged Israel with the words: “Has any god ever tried to take for himself one nation out of another nation, by testings, by miraculous signs and wonders, by war, by a mighty hand and an outstretched arm, or by great and awesome deeds, like all the things the LORD your God did for you in Egypt before your very eyes?” (Deuteronomy 4:34, emphasis added). Moses also reminded the people, “Before our eyes the LORD sent miraculous signs and wonders—great and terrible—upon Egypt and Pharaoh and his whole household” (Deuteronomy 6:22, emphasis added).

The Greek word terata means “wonder.” It refers to something that evokes astonishment or amazement in the beholder.[26] Such miracles “make us catch our breath or drop our jaws.”[27] They “produce astonishment as being outside the ordinary operations of cause and effect.”[28]

In its 16 New Testament usages, the word wonder is used side by side with the word sign.[29] For example, Peter, preaching about the crucified and resurrected Christ, said: “Men of Israel, listen to this: Jesus of Nazareth was a man accredited by God to you by miracles, wonders and signs, which God did among you through him, as you yourselves know” (Acts 2:22, emphasis added). Moreover, the message of salvation preached by the apostles was attested “by signs, wonders and various miracles” (Hebrews 2:4, emphasis added). It makes sense that these words are often found side by side in Scripture. After all, the miracles in question are often so incredible that they (1) cause astonishment (wonder) and (2) cause one to recognize that the person performing the astonishing miracle must be a spokesperson for God (sign).

The Greek word erga means “works.” Jesus used the word to describe His distinctive works that no one else has done. For example, we read that “when John had heard in the prison the works of Christ, he sent two of his disciples, and said unto him, Art thou he that should come, or do we look for another?” (Matthew 11:2-3 KJV, emphasis added). Jesus spoke of His miraculous works to spur people to believe in Him: “Though ye believe not me, believe the works: that ye may know, and believe, that the Father is in me, and I in him” (John 10:38 KJV, emphasis added). These are works that no mere human can do. These works point to divine power.

A Composite Definition of the Word “Miracle”

Based on the four Greek words above, we might suggest the following composite definition of a miracle: A miracle is a unique and extraordinary event awakening wonder (terata), wrought by divine power (dunamis), accomplishing some practical and benevolent work (erga), and authenticating or signifying a messenger and his message as from God (semeion) (see Acts 2:22; 4:30; 5:12; Hebrews 2:4; 2 Corinthians 12:12).

According to this narrow definition, many of the “miracles” in our day cannot measure up to the biblical standard. Yet, that doesn’t mean that God is not doing supernatural things in our midst today. Let us continue to clarify the teaching of Scripture on this matter so that we may attain a complete perspective.