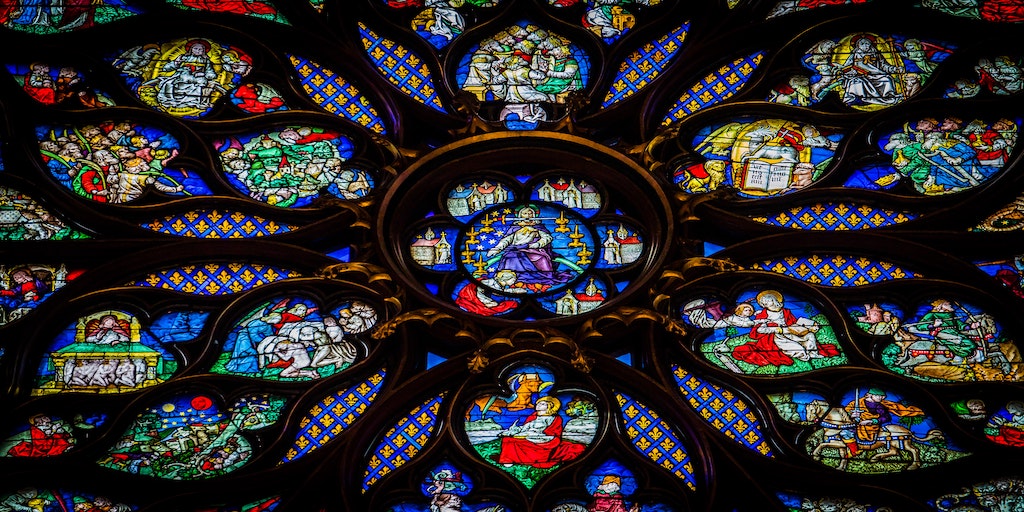 This argument, like others that we will mention briefly, reason from some specific aspect of creation to a Creator who put it there. It argues from design to an intelligent Designer.

The first premise we know from experience. Anytime we see a complex design, we know by previous experience that it came from the mind of the designer. Watches imply watchmakers; buildings imply architects; paintings imply artists; and coded messages imply an intelligent sender. It is always our expectation because we see it happening over and over. It is another way of stating the principle of causality.

We ought to mention here that there is a difference between simple patterns and complex design. Snowflakes or quartz crystals have simple patterns repeated over and over, but have completely natural causes. On the other hand, we don’t find sentences written in stone unless some intelligent being wrote them. That doesn’t happen naturally. The difference is that snowflakes and crystals have a simple repeated pattern. But lan­guage communicates complex information, not just the same thing over and over. Com­plex information occurs when the natural elements are given boundary conditions. So when a rock hound sees small round rocks in a stream, it doesn’t surprise him because natural erosion rounds them that way. But when he finds an arrowhead he realizes that some intelligent being has deliberately altered the natural form of the rock. He sees com­plexity here that cannot be explained by natural forces. Now the design that we are talking about in this argument is complex design, not simple patterns; the more complex that design is, the greater the intelligence required to produce it.

That’s where the next premise comes in. The design we see in the universe is com­plex. The universe is a very intricate system of forces that work together for the mutual benefit of the whole. Life is a very complex development. A single DNA molecule, the building block of life, carries the same amount of information as one volume of an encyclo­pedia. No one seeing an encyclopedia lying in the forest would hesitate to think that it had an intelligent cause; so when we find a living creature composed of millions of DNA-based cells, we ought to assume that it likewise has an intelligent cause. Even clearer is the fact that some of these living creatures are intelligent themselves. Even Carl Sagan admits:

The information content of the human brain expressed in bits is probably comparable to the total number of connections among neurons—about a hundred trillion, 1014 bits. If written out in English, say, that information would fill some twenty million volumes, as many as in the world’s largest libraries. The equivalent of twenty million books is inside the heads of every one of us. The brain is a very big place in a very small space…. The neurochemistry of the brain is astonishingly busy, the circuitry of a machine more wonderful than any devised by humans.4[1]

Some have objected to this argument on the basis of chance. They claim that when the dice are rolled any combination could happen. However, this is not very convincing for several reasons. First, the design argument is not really an argument from chance but from design, which we know from repeated observation to have an intelligent cause. Sec­ond, science is based on repeated observation, not on chance. So this objection to the design argument is not scientific. Finally, even if it were a chance (probability) argument, the chances are a lot higher that there is a designer. One scientist figured the odds for a one-cell animal to emerge by pure chance at 1 in 1040000. The odds for an infinitely more complex human being to emerge by chance are too high to calculate! The only reasonable conclusion is that there is a great Designer behind the design in the world.

Similar arguments, based on the moral order of the universe rather than the physical order, can be offered. These argue that the cause of the universe must be moral, in addi­tion to being powerful and intelligent.

In a sense, this argument also follows the principle of causality. But moral laws are different from the natural laws that we have dealt with before. Moral laws don’t describe what is; they prescribe what ought to be. They are not simply a description of the way men behave, and are not known by observing what men do. If they were, our idea of morality would surely be different. Instead, they tell us what men ought to do, whether they are doing it or not. Thus, any moral “ought” comes from beyond the natural universe. You can’t explain it by anything that happens in the universe and it can’t be reduced to the things men do in the universe. It transcends the natural order and requires a transcendent cause.

Now some might say that this moral law is not really objective; it is nothing but a sub­jective judgment that comes from social conventions. However, this view fails to account for the fact that all men hold the same things to be wrong (like murder, rape, theft, and lying). Also, their criticism sounds very much like a subjective judgment, because they are saying that our value judgments are wrong. Now if there is no objective moral law, then there can be no right or wrong value judgments. If our views of morality are subjective, then so are theirs. But if they claim to be making an objective statement about moral law, then they are implying that there is a moral law in the very act of trying to deny it. They are caught both ways. Even their “nothing but” statement requires “more than” knowledge which shows that they secretly hold to some absolute standard which is beyond subjective judgments. Finally, we find that even those who say that there is no moral order expect to be treated with fairness, courtesy, and dignity. If one of them raised this objection and we replied with, “Oh, shut up. Who cares what you think?” we might find that he does believe there are some moral “oughts.” Everyone expects others to follow some moral codes, even those who try to deny them. But moral law is an undeniable fact.

Does God Exist: Argument from Being

A fourth argument attempts to prove that God must exist by definition. It says that once we get an idea of what God is, that idea necessarily involves existence. There are several forms of this argument, but let’s talk about the idea of God as a perfect Being.

To answer the first question, necessary existence means that something exists and cannot not exist. When we say this of God, it means that it is impossible for Him not to exist. This is the most perfect kind of existence because it can’t go away.

Now this argument succeeds in showing that our idea of God must include necessary existence; but it fails to show that God actually exists. It shows that we must think of God as existing necessarily; but it does not prove that He must necessarily exist. This is an equivocation that has confused many people, so don’t feel stupid for having trouble with it. The problem is that it only talks about the way we think of God, not whether or not He really exists. It might be restated this way:

It is like saying: if there are triangles, then they must have three sides. Of course, there may not be any triangles. You see, the argument never really gets past that initial “if.” It never gets around to proving the big question that it claims to answer. The only way to make it prove God exists is to smuggle in the argument from Creation. It can be useful, though, because it shows that, if there is a God, He exists in a necessary way. That makes this idea of God different from some other ways to conceive of Him, as we will see later.

Now for the $64,000 Question: If all these arguments have some validity but rely on the principle of causality, what is the best way to prove that God exists? If you answer, “The argument from Creation,” you are on the right track. But what if we can combine all

these arguments into a cohesive whole that proves what kind of being God is as well as His existence? That is what we will do in the [next articles].