Does Jesus promise that He will return some day? | John Ankerberg Show
Donate 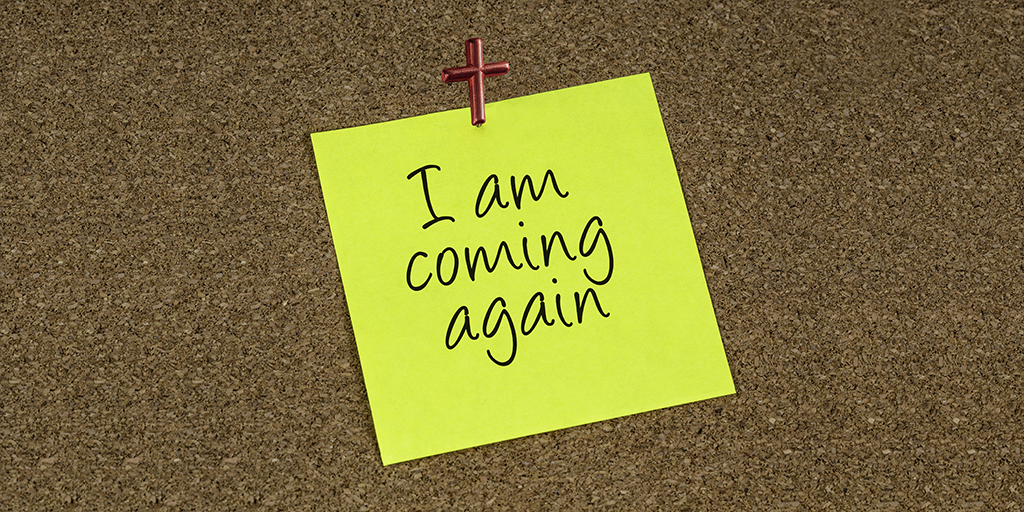 Does Jesus promise that He will return some day?

Dr. John Ankerberg: Look at John 14:1-3: “Let not your heart be troubled; you believe in God, believe also in Me. In my Father’s house are many mansions. If it were not so, I would have told you. I go to prepare a place for you, and if I go and prepare a place for you, I will come again and receive you unto Myself that where I am, there you may be also.”

Now here Jesus makes several promises. 1.) He says, “In my Father’s house are many mansions.” Notice, He mentions a specific location around which this whole prophecy revolves. Let me ask you, “Where is the Father’s house?” In Boston? No. The Father’s house is in Heaven. 2.) Jesus said, “I go to prepare a place for you.” Where is that place? Boston again? No, that place is in Heaven. 3.) Jesus said, “I will come again.” Here’s the Rapture. Jesus said that He will come again to get us. 4.) He says, “And I will receive you unto myself.” When He comes again, where do you think He’s going to take us? He said, “I will receive you unto myself, that where I am”—Heaven—”there you may be also.”

Now, when will Jesus take us to Heaven to be in the Father’s house? Well, at the time that He returns for us. If that’s not what these verses are saying, then these words are nonsense. The post-tribulationists say that when Christ comes, believers will be raptured off of the earth, they’ll meet Christ in the air, and immediately they’ll return directly to earth. We will not go to Heaven; rather, we will stay on earth when Jesus establishes His thousand-year reign on earth. But if they’re right, then what is Jesus encouraging us about in this passage? He must be involved in a futile building program because how long has Jesus been gone? He’s been gone for 2000 years. That’s some building program. Now keep in mind that Jesus is saying that when He comes back for us, He’s going to receive us unto Himself that where He is, in Heaven and that’s where we’re going to be, He’s going to take us to the Father’s house and the place He’s been preparing for us.

Now, look at 1 Corinthians 15:51, 52 where it reads, “Behold,” Paul says, “I show you a mystery.” What is a mystery? An Agatha Christie novel? No. It’s the Greek word mysterion, which means “something not previously known.” This is something that God reveals to us and without God revealing it to us, we wouldn’t know. It’s revealed to the true believer. Paul is going to reveal a new truth that was not known before. Well, what is it? The mystery was not that the Lord would return to earth. The Apostles already knew this. Remember, Jesus had told them He would return in Acts 1:9-11. He said, “And when He had spoken these things, while they beheld He was taken up and a cloud received Him out of their sight. And while they looked steadfastly toward heaven, as He went up, behold, two men stood by them in white apparel which also said, ‘Ye men of Galilee, why stand ye gazing up into heaven? This same Jesus which is taken up from you into heaven shall so come in like manner as you have seen him go into heaven.’”