Does the Bible actually teach about a Rapture? | John Ankerberg Show
Donate 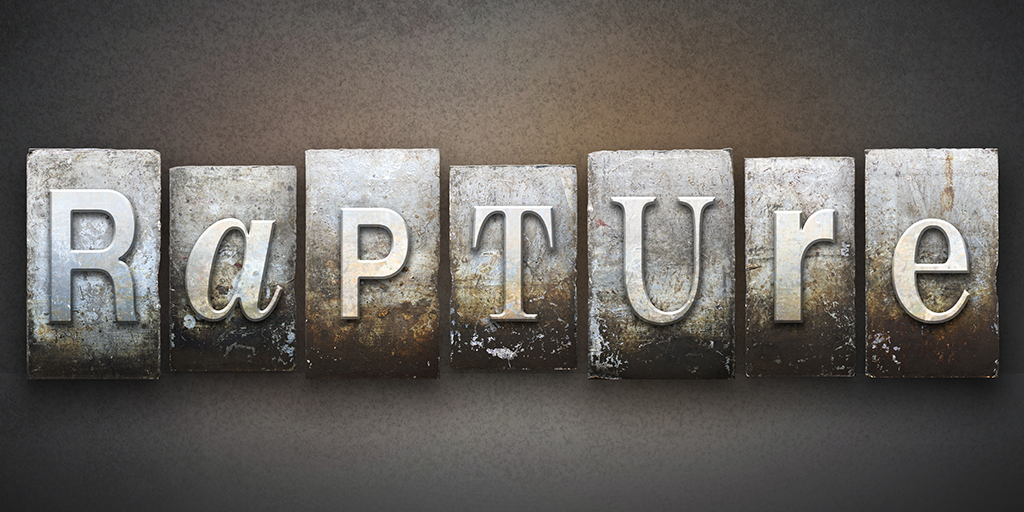 Does the Bible actually teach about a Rapture?

Dr. John Ankerberg: Where do you find the word Rapture? Look at 1 Thessalonians 4:13-18. Paul says, “But I would not have you to be ignorant, brethren.” They had some questions. Number one was, they were expecting the Rapture. We know that from 1 Thessalonians 1:10 where it says they had turned from their idols to the living God and they were “waiting for God’s Son to come from Heaven.” What was their question? As they were waiting for God’s Son to come, the Rapture, some of their fellow Christians died. And they got to thinking about the fact, well, why is it they died? Are they going to miss out on the Rapture? Will they not have glorified bodies to be translated in a moment and meet us in the air with Christ? No, they didn’t know what the answers were to those questions. They were afraid. Maybe they even thought, you know, I might not ever see Mom or Dad ever again because I’m going and for some reason they’re staying.

So they asked these questions to Paul via Timothy and so he’s addressing their questions. He said, “I don’t want you to be ignorant about these things and specifically about those which are asleep.” He says, “That ye sorrow not, even as others which have no hope.” Well, we as Christians do sorrow, but we don’t sorrow as those that have no hope. “For if we believe that Jesus died and rose again,” the foundation for anybody going in the Rapture is to believe that Jesus died for our sins, paid for them on the cross. He paid a debt we could never pay. He was put into the ground. He rose again and is living now.

That’s the foundation. Those who believe that, he says, “them also which sleep in Jesus will God bring with Him.” What does he mean there? If you die before the Rapture of the Church, the body goes into the ground. Dr. Walvoord says, “Your spirit goes to be with the Lord.” When the Lord comes out of Heaven, he says he’s going to bring our spiritual bodies with Him. We’re going to be reunited with our physical bodies at the Rapture. Paul says, “For this we say unto you by the word of the Lord—this isn’t something that Paul made up. This is “by the word of the Lord”—that we which are alive and remain unto the coming of the Lord.”

You’ve got the two groups. Those that they were concerned about that had already passed on, that were asleep, that is, died in the Lord. And then those that were living. He said, “We which are alive and remain until the coming of the Lord shall not prevent” or precede “them which are asleep. For the Lord Himself shall descend from heaven with a shout, with the voice of the archangel and with the trump of God; and the dead in Christ shall rise first.”

Do Believers go through the 7 year Tribulation or are we going to be Raptured first?

Noah, and Lot, are examples of God in operation of Rapture. He removed His own before the destruction. Enoch and Elijah were Raptures of God’s servants, apparently for their faithfulness. It’s not new.

Will wait to purchase. Planning to get the whole series by Jimmy

Definitely interested in prophesy. Planning to start a class on it soon

It is my belief that much of the New Testament was originally written in Aramaic and was later translated into Greek after 315 AD. After this Greek translation the church ordered all earlier copies destroyed. Examples of Aramaic is Abba in Mark 14:36, Romans 8:15 and Galatians 4:6, Abba means father. An means father in Hebrew. Yeshua is the name of Jesus in Aramaic and that at the time he lived, there the letter J did not exist in Hebrew, Aramaic or Greek. Paraclete is found in John 14:16, 26, 15:26, and 16:7 is Aramaic that means one who stands… Read more »

Great Bible truth, I just can’t understand those who don’t get it (Rapture). It is so easy to understand. The Holy Spirit lets me know what the Bible is saying to me. JESUS, promised the believers he will keep us from the hour of temptation (Testing) Revelation 3:10. That is the 7 years of tribulation that will come upon the world. Thank the LORD, for his promises. Thank you for what you believe in the word of GOD. GOD BLESS you and your staff.

This is not a pre-tribulation rapture. I believe we are taken to a place of safety, on earth, during the tribulation, which is up to the sixth seal. Rev 7:14.

If there is a Pre-Resurrection rapture, then what is the Resurrection for? Doesn’t make sense. The saints will already be gone. My Bible says the live ones will in no way precede the dead ones.

No sir, Matt 24 and Rev 13 both specify that the saints will not be gone! Actually power is given to the beast to make war with the saints and overcome them. Why a mark of the beast? Easy, two groups exist within the same environment at the same time, one has to be distinguished from another. There is a difference between tribulation and wrath.

Not, ‘No Sir’ at all; Because those saints warred against in Rev 13, are people who became genuine Believers during the Tribulation. Maybe their lifestyles, or their pseudo-beliefs, or pseudo-saved status (see Ray Comforts “True and False Conversion” online message) – had precluded them from the earlier Rapture; That earlier Rapture being the Rapture of the Pre-tribulation saints, occurring immediately following the resurrection of the bodies of the already died Saints. Exactly as 1st Thess 5:16,17 explains. More significantly v17 explains that the immediately Raptured Saints meet the Lord in the air. You would observe that Jesus feet never ever… Read more »

amen when you read the bible this is the only explanation he can come to pre trib. rapture

Thank you for writing about the rapture in easy to understand language that even nominal Christians can read and understand. I will save and compile the five sessions for both my evangelical and non-evangelical friends and acquaintences to read as a refresher or tutorial as the case may be. While Bible reading must come first, this is a good second!

I keep attempting to order Jimmy Deyoung’s DVD on Revelation, but it will not accept my $100 donation. I have input the required information several times. I know I am doing it right and my information is correct. What should I do?

I can’t find where He, Christ, takes his saints back to heaven, I do find that they, the saints, will be with Him where he is.

“That where I am, you will be also” John 14.
We simply meet the Lord in the air, and so will we be always with the Lord.
It doesn’t say where he is going. if you use Revelation 19, it shows He is coming to earth, not going to heaven.
Christ is already in heaven.

The language of John 14 parallels the events of a Jewish wedding. Apostle Paul said the church is espoused to Christ as a chaste virgin. He also used the analogy of husband and wife to show the relationship between Christ and the Church. The wedding as mentioned in the first part of Rev 19 has not yet taken place. In Jewish traditions the wedding always took place a the groom’s Father’s house. Even the date was set by the Father. The entire wedding clelebration lasted seven days. Why do you think Jesus used the events of a Jewish wedding to… Read more »

That passage does not t each a Pre-tfrib rapture.It’s just about events at the Second Coming. So what’s the big deal?

This text is simply the glorious second coming of Jesus. There is nothing in the text to indicate it is secret or separated into two parts
Isn’t this really part of a Theology regarding covenant to keep Israel and the “Church” separated? I find no text in the Bible separating the saints meeting Jesus from His glorious appearing.

Revelation ch 19 describes the glorious coming of Christ to earth but the saints are with him. I Thessalonians 4:13-18 says that dead and living saints will be caught up to meet him in the air. John 14:1-6 Jesus said he will come and take the believers to place at his Father’s house he has prepaired for them. If there is not a rapture separate from his Glorious coming then when and how do we get to the Father’s house?