Does the Bible Prohibit Public Displays of Charity? 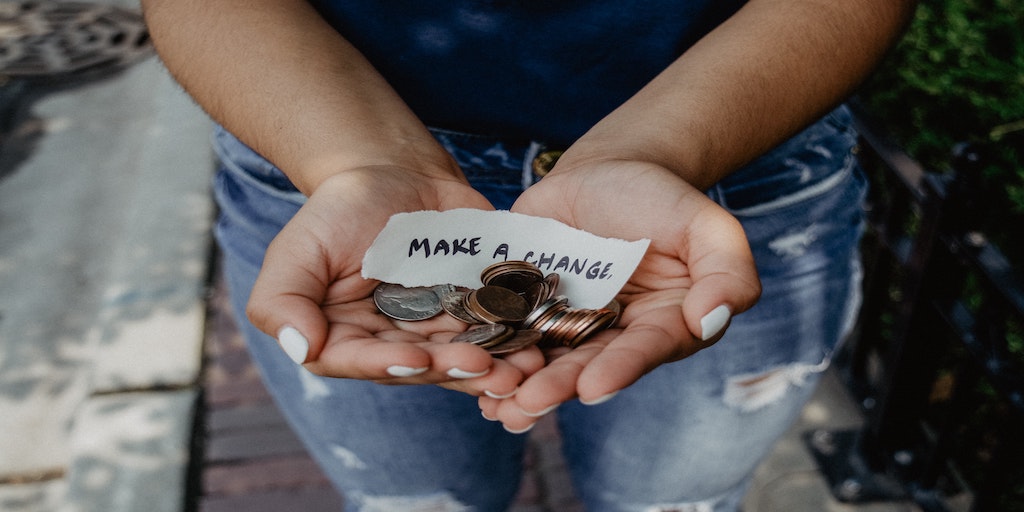 Question: A viewer asks, “What do you think are the most important reasons why a Christian should never feel guilty or self-conscious or confused for doing charity work, even if the charity work simply has to be done by necessity in a publicly-visible and publicly-praised way?”

Answer: So, is it ever okay for a Christian to do charity work in a public way? The passage that directly addresses this is Matthew 6:1-4:

Be careful not to do your “acts of righteousness” [or alms, or acts of charity] before men, to be seen by them. If you do, you will have no reward from your Father in heaven. So when you give to the needy, do not announce it with trumpets, as the hypocrites do in the synagogues and on the streets, to be honored by men. I tell you the truth, they have received their reward in full. But when you give to the needy, do not let your left hand know what your right hand is doing, so that your giving may be in secret. Then your Father, who sees what is done in secret, will reward you.

Thomas Figart dealt with this passage in one of his article several years ago. His article reads in part:

6:1 “Take heed that ye do not your alms before men”

Jesus warns His disciples not to do their alms before men “to be seen by them.” That this was directed against having the self-righteous motives of the scribes and Pharisees can be observed directly in Matthew 23:27-28 where Jesus calls them “whited sepulchers,” saying, “Even so do ye also outwardly appear righteous unto men, but within ye are full of hypocrisy and iniquity.” True disciples of Christ do not act this way!

“otherwise ye have no reward of your Father who is in heaven.”

This part of the verse infers three things. First, there is the possibility of true sons of the Father sinking to the level of the unbeliever in doing good works. Instead of glorifying the Father (5:16) the good works may be burned up (1 Cor. 3:12-15) resulting in a loss of reward. Second, there is expectation of heavenly reward if alms are given sincerely and secretly (verse 4); and third, that “glory from men” (verse 2) is all that can be expected from self-righteous almsgiving. Believers therefore need the admonition at the beginning, “Take heed!” …

“that they may have glory from men. Verily I say unto you, They have their reward.”

To reach their goal they have gone to uncalled-for extremes; yet, their goal is reached. They are praised by men for their generosity and have received their reward. The word apexousin is used to emphasize that they have “received in full” their reward; none can be expected from God!…

6:4 “That thine alms may be in secret; and thy Father who seeth in secret, shall reward thee openly.”

When it is a question of sincerity, secrecy is proper in good works; when the question is our testimony (5:16), then publicity in good works is necessary. There is no contradiction here, for in both cases the Father in heaven is glorified and the believer is assured of reward. God “sees in secret” and one day our reward will be given openly. Paul says, “Therefore judge nothing before the time, until the Lord come, who will both bring to light the hidden things of darkness (such as hypocritical almsgiving) and will make manifest the counsels of the hearts; and then shall every man (the true almsgivers) receive praise of God.” (1 Cor. 4:5).[1]

A check of other scholars and commentaries confirms the interpretation that motivation and heart attitude are far more important than the venue:

Clearly what Jesus here forbids in general is not publicity in performing good deeds, which is often necessary and proper, but ostentatious publicity, for the purpose of attracting attention. (The Greek conveys distinctly this idea of purpose, and the verb for “to be seen” is the one from which comes our word “theater.”) [International Standard Bible Encyclopedia online at www.studylight.org]

The prohibition in this verse is against a false motive for righteousness, namely, “to be seen.” Secrecy is not here enjoined in any absolute sense; because Christ also said, “Let your light so shine …” (Matthew 5:16). However, secrecy is by far the best, where possible, as a test of one’s personal motive for deeds of righteousness. [James Burton Coffman Commentaries, online at www.studylight.org]

Our Lord does not forbid us to give alms before men always, but only forbids our doing it to be seen of them, for the purpose of ostentation, and to seek their praise. To a person who is disposed to do good from a right motive, it matters little whether it be in public or in private. The only thing that renders it even desirable that our good deeds should be seen is, that God may be glorified. [Albert Barnes, Barnes Notes, online at www.studylight.org]

James Burton Coffman also explained some practical and psychological reasons why doing your acts of charity anonymously is better – both for you and for those who benefit from your generosity. He says,

It is notable that there are especially compulsory requirements for secrecy in this area of righteousness. Secrecy in giving personal aid and assistance to helpless or unfortunate persons is commanded by Christ and has these easily discernible qualities to commend it: (1) It assures purity of motive in the heart of the giver by removing the temptation to hypocrisy. (2) It protects and honors the privacy of the recipient, a privacy that is indispensable to his recovery and rehabilitation. (3) It protects the benefactor from a proliferation of calls upon his generosity. (4) It provides a noble basis for the development of true love and friendship between the helper and the person helped. (5) It honors this specific commandment of Christ; and, to the Christian, this is the most important of all. The tragic consequences of failure to observe this principle of secrecy are today clearly visible on a national scale where the state’s ostentatious helping of the poor has degraded millions who, stripped of every dignity, must stand in line, bare the innermost secrets of their souls to “case workers,” and finally sink into a state of permanent and professional poverty and the complete abandonment of self-esteem, self-reliance, and responsibility. Not even a government can violate Christ’s commandment in this important business of human welfare without sustaining extensive and irreparable damage both to itself and to its citizens. [James Burton Coffman Commentaries online at www.studylight.org]

And finally, D. A. Carson gives this insight into human nature:

We human beings are a strange lot. We hear high moral injunctions and glimpse just a little the genuine beauty of perfect holiness, and then prostitute the vision by dreaming about the way others would hold us in high esteem if we were like that. The demand for genuine perfection loses itself in the lesser goal of external piety; the goal of pleasing the Father is traded for its pygmy cousin, the goal of pleasing man. It almost seems as if the greater the demand for holiness, the greater the opportunity for hypocrisy. [D.A. Carson, The Sermon on the Mount, quoted by David B. Curtis, http://www.bereanbiblechurch.org/transcripts/som/6_1-4.htm]

The Bible does not prohibit doing charitable acts in public. It condemns doing those things in public for the purpose of, or with the hope of achieving any type of recognition from anyone other than God. Now, notice that getting the recognition is not the issue. But once getting the recognition the motivating factor, then the message seems to be “Enjoy it, because that is all the reward you will get – the praise of men.”

Wrap Up On Does the Bible Prohibit Public Displays of Charity

Do what needs to be done, but just keep a check on your heart motives.