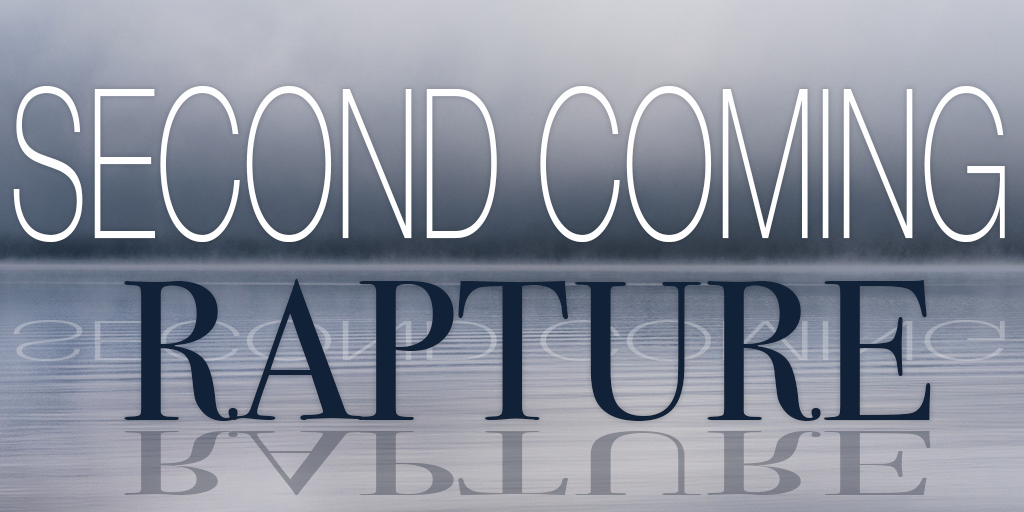 Does the Bible teach The Rapture and Christ’s Second Coming happen simultaneously?

Dr. John Ankerberg: Doesn’t the Rapture happen when Christ descends to the earth after the Tribulation? My answer is no. I believe there are at least seven important differences revealed in the Scripture which force us to conclude that the Rapture is a separate event from Christ’s Second Coming when He returns to earth to judge and rule. Let me quickly list the differences for you and then we will examine the Scriptures from which these differences derive.

First, there is a difference in the geographical area or place where the Lord will come to meet believers. The Bible indicates that at the Rapture, Christians will meet the Lord in the air. But at the Second Coming, Christ descends to the Mount of Olives in Jerusalem.

Second, the Bible indicates there is a difference in who removes people from earth at each event. At the Rapture, Christ Himself comes and takes believers out of the world; but at the Second Coming, Jesus sends His angels to gather people from the face of the earth to judgment.

Fourth, the Bible indicates there is a difference of when Jesus comes in relationship to the Tribulation. At the Rapture, Jesus comes before the hour of trial, the Tribulation, to rescue believers from it; whereas, at the Second Coming Jesus comes after the Tribulation to inflict final punishment, conquer His enemies and begin to rule the world from Jerusalem.

The sixth difference between these two events stems from the fact that in every Rapture passage there is no mention of trial or God’s judgments falling on the earth before the Rapture occurs. There is only the promise and admonition to believers to look for Christ’s return for His own. But on the other hand, every passage that deals with the Second Coming of Christ to earth is set in the context of tribulation and judgment. For example, Zechariah 14:1-2 tells us of a siege of Jerusalem taking place immediately before describing Christ’s return to earth to rule.

Now, if these seven differences are taught in the Scripture, it would be contradictory to hold that the Rapture of the church saints occurs at the same time as the Second Coming of Christ to earth. The only conclusion these scriptural differences will allow us to hold is that the Rapture must be a separate event from Christ’s Second Coming to earth.

· Rapture: Christ will descend to the air above the earth and Christians will be caught up to meet Him there.
· Second Coming: Christ will descend to the Mount of Olives in Jerusalem
Dr. John Ankerberg: Where does the Bible teach that all Christians alive and dead will be caught up, or raptured, to meet the Lord in the air? 1 Thessalonians 4:17 tells us, “We which are alive and remain shall be caught up together with them in the clouds to meet the Lord in the air, and so shall we ever be with the Lord.” Where will Jesus take Christians at the Rapture? Jesus taught in John 14:2 that He will take us to Heaven. He said, “In my Father’s house are many mansions. The Father’s house is in Heaven. Jesus continues, “If it were not so, I would have told you. I go to prepare a place for you, and if I go and prepare a place for you, I will come again and receive you unto myself that where I am, there you may be also.”

So these verses indicate Christians will meet Christ where? In the air. Where will Christ take us? To the Father’s house in Heaven.

But now compare these statements with Zechariah 14:3 where we are told: “Then the Lord will go out and fight against those nations as he fights in the day of battle. On that day, his feet will stand on the Mount of Olives, which is in front of Jerusalem.” If we say that the Rapture and the Second Coming are the same event, then these verses would contradict each other in indicating where Christ is going to come. Is it to the air above the earth, or is it to Jerusalem where He will stand on the Mount of Olives?

To harmonize these passages, I believe the Scripture is demanding that we recognize there are two phases of Christ’s coming, two separate events. At the Rapture, Christ comes for His Church and we are caught up to meet Him in the air. Later, at His Second Coming, Christ descends to the Mount of Olives in Jerusalem where He conquers His enemies and then begins to rule.

What about Revelation 12 as timing of Rapture? Alignment seems to be occurring on 9/23/2017

That is tomorrow, so we will soon find out!

The Spirit of Truth

This is correct. The ones who have passed on now and God finds them righteous, will be caught up with Jesus in the Rapture, then we who are righteous but alive will meet them and we go to heaven. In that time, people who were not found righteous and have passed on will resurrect back to earth and live with those who are alive but not found righteous and thus starts the tribulation. Just because you believe doesn’t mean you automatically will be raptured, you still must behave. That’s when the sun and moon won’t shine as bright as before,… Read more »

2 Tess2 Jesus is coming AFTER the antichrist sits in the temple and comits the abomination that causes desolation. Daniel 12 the Tribulation will begin right after that lasting 3 and a half years. Tribulation doesn’t come from God the way the destruction of sodom and Gomorrah did and the way the world flood did.

The tribulation is a total of 7 years. The antichrist commits the abomination of desolation 3.5 years into the tribulation and then there will be another 3.5 years until Christ comes back

I understand what you wrote but you forgot to explain Matthew 24, Mark 13 and Luke 21. I use to think like you until I read these verses and there cannot be two raptures nor can believers during the Tribulation can be going into heaven after being beheaded if Christ comes afterwards. Then it would have to be 3 comings. Also in 1Corinthians 15:52. Says that we will be transformed at the last trumpet, there are seven trumpets and the Tribulation is on the sixth trumpet. Five trumpets already occurred as well as 5 seals

I totally agree with you, Mari! Very concise and accurately written. The rapture apart from the second coming is not scripturally sound. Thank you for taking the time to share your insights.

It is written in Romans 9: 6-8, they are not all Israel, which are of Israel: Neither, because they are the seed of Abraham, are they all children: but, In Isaac shall thy seed be called. That is, they, which are the children of the flesh, these are not the children of God: but the children of the promise are counted for the seed. At the time of the resurrection of Jesus, all the promised seed of Israel had died. The rest of the seed of Abraham who were not of seed of promise were still alive and when they… Read more »

What about Matthew 24:29-31? Immediately after the tribulation of those days shall the sun be darkened, and the moon shall not give her light, and the stars shall fall from heaven, and the powers of the heavens shall be shaken: 30And then shall appear the sign of the Son of man in heaven: and then shall all the tribes of the earth mourn, and they shall see the Son of man coming in the clouds of heaven with power and great glory. 31And he shall send his angels with a great sound of a trumpet, and they shall gather together… Read more »

I guess we won’t know until that day or night arrives, so, live, love and be positive. He is coming back!!!

If believers are left at the 2nd coming to establish the millennial kingdom, which I believe because the Bible says so, then why is sin allowed to establish itself again?

May be more christian fear for tribulation, so that they say rapture happend before tribulation……