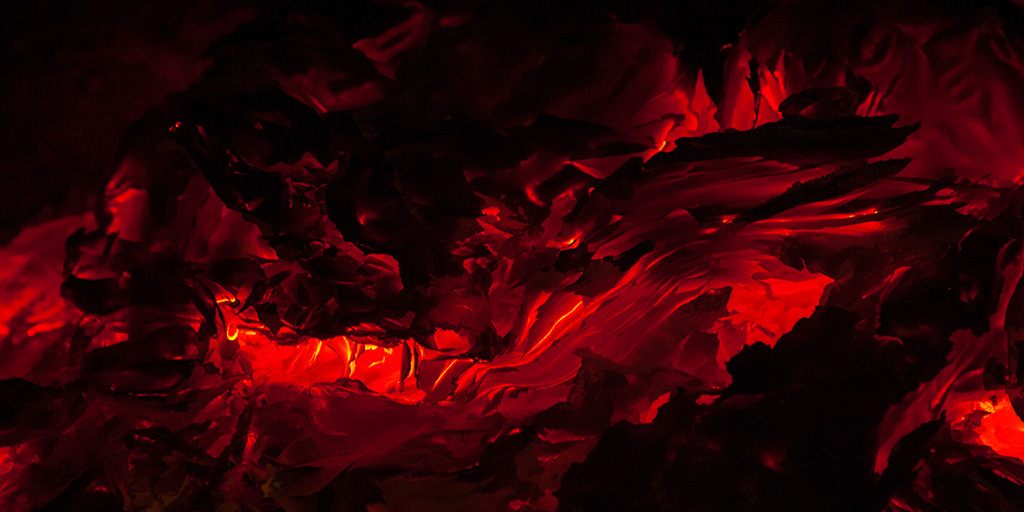 It’s hard to overestimate the impact of Edgar Cayce.

Cayce (1877-1945), widely known as “the sleeping prophet,” was actually a “sleeping medium,” probably the most prominent psychic of the 20th century. He is often considered the spiritual “father” of both the New Age movement and New Age medicine.

He is also widely considered a believing Christian. He personally read the Bible from beginning to end each year of his life and often taught Sunday school.

The truth is that Edgar Cayce was an occult medium through whom deceiving spirits, biblically known as demons, provided their teachings – in all over 14,300 trance “Readings,” constituting a unique volume and variety of material. Through hypnotic suggestion Cayce would enter an unconscious trance state, be inquired as to specific questions and the spirit and/or spirits who spoke through him as a “channel” would supply the answers. Most responses dealt with the subject of health, although a wide variety of additional subjects were also discussed, including Christianity and Jesus, astrology, reincarnation, New Age spiritual growth, dreams, angels, Atlantis, and psychic development to name a few. The Readings discussed over 10,000 separate topics in all.

If one examines the life of Edgar Cayce, one discovers that the spirits were typically cunning, if merciless. Remaining largely invisible under the guise of the unconscious mind, they nevertheless used him to utilize people’s concern with their health as a means to assist their adoption of Cayce’s New Age world view.

Ironically, when the Readings first turned unbiblical, even Cayce frankly wondered if the devil himself might be playing a trick on him.

The ARE & Cayce Readings

The organization founded to disseminate Cayce’s teachings is the Association for Research and Enlightenment (ARE), with international headquarters in Virginia Beach, Virginia, and regional headquarters Houston. ARE centers exist globally in 37 nations.

Many years ago I became a member of the ARE and received a number of the “Circulating Files” containing typed copies of the original Cayce Readings. It became obvious that, far from teaching anything biblical or Christian, Edgar Cayce taught a combination of monistic idealism, New Age religion, and psychic development. Despite his Christian background, through the Readings Edgar Cayce ended up rejecting every major Christian doctrine in the Bible. For example, although he spoke highly of “Jesus,” it was a Jesus of his own making. For example, he taught that Jesus Christ, in an earlier lifetime, first sinned in the Garden of Eden when he was Adam. He also denied that Jesus was the prophesied Messiah, the incarnate Son of God and atoning Savior from sin. Instead, for Edgar Cayce, Jesus was the spiritual example for mankind in that he happened to best realize the “Christ consciousness” or latent divinity within everyone. Jesus was not born the Christ (or Messiah) as the Bible teaches; he became the Christ (as everyone may) through, e.g., occult meditation and psychic development.

Cayce’s health revelations and treatments, although containing some truth, were often not based on rational medicine. It is obvious that the spirits had little direct concern for people’s health, whether physical, emotional or spiritual. Their primary interest was to help people adopt an anti-biblical worldview under the guise of achieving better health or spiritual truth and enlightenment. Given Cayce’s overall influence for the last 100 years, their success can hardly be doubted. Cayce has, directly or indirectly, influenced millions of people (e.g., hundreds and hundreds of books have been published about him).

Unfortunately, the physical healings either never occurred or, when people seemed to be healed, there was most likely a transference of the illness from the physical level to the psychological and/or spiritual realm, in essence bringing about the illness on a higher level. This phenomenon is documented in the lifetime counseling work (involving 20,000 people) of the late noted German theologian Dr. Kurt Koch in such books as Occult Bondage and Deliverance, Between Christ and Satan, and Christian Counseling and Occultism.

As is characteristically true, it was Cayce’s occult family and personal history that initially subjected him to the influence of the spirits. As one consequence, for his entire life he was under their sway, unable to stop the Readings despite the spirits’ personal abuse of him or the false teachings they continually supplied to desperate people. For example, the Readings’ failures are well documented in medical diagnosis, predictions of the future, biblical interpretation and in other ways. These failures demonstrate beyond doubt that the spirits which spoke through Cayce were neither good angels, nor ethical and spiritually enlightened beings, nor, as frequently claimed, Cayce’s unconscious mind, or his accessing of the alleged occult akashic records.

On the positive side, even as the ancient cities of Sodom and Gomorrah continue to instruct the world today (2 Pet. 2:6; Jude 1:7), Edgar Cayce’s life provides us with a classic illustration of the profound warning given in the Bible about spiritual warfare and the subtlety of spiritual deception (Eph. 6:10-18; 2 Cor. 11:4), i.e., that spiritually speaking, things aren’t always what they seem because “Satan himself masquerades as an angel of light”. Without scientific and/or biblical discernment in critical areas such as medicine and spirituality today, the doors swing wide open to virtually anything, while the spirits have a heyday, operating both openly and clandestinely under various guises.

My advice for those who are using Edgar Cayce’s treatments (or New Age medicine generally), or studying in one of the hundreds of on and off-line Cayce study groups, particularly if one claims to be a Christian, is to turn away from such activity, giving one’s life completely over to Jesus Christ as one’s Lord and Savior. For information on becoming a Christian, please see the homepage of www.JAshow.org.

For additional information on Edgar Cayce or documentation, please refer to the forthcoming in-depth article to be posted on this website.

This article was written for The John Ankerberg Show By: Dr. John G. Weldon; ©2013.