I Am The Door 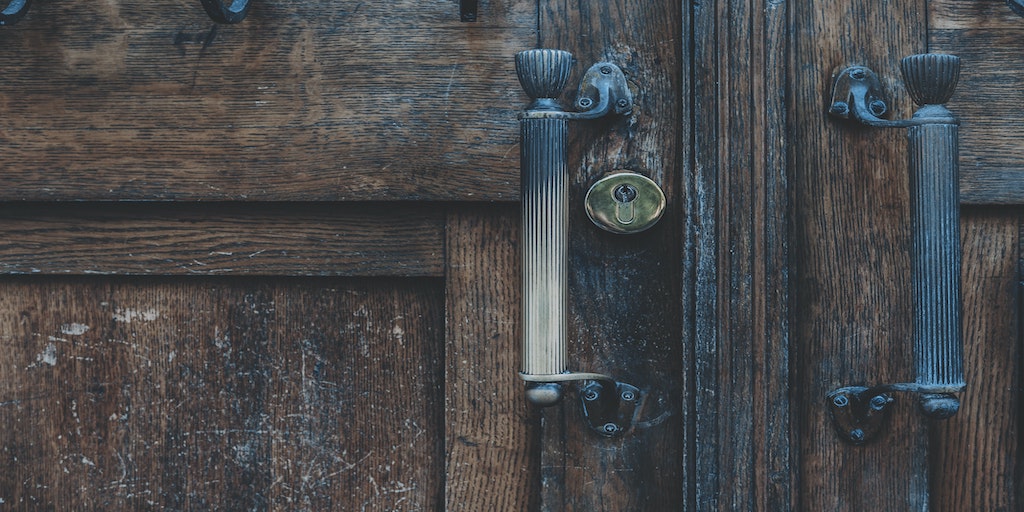 The front door of the house where I lived until I was about 10 or 11 was a fairly rustic barn door. Right down at the bottom between two of the long planks there was an opening. In reality, it was little more than three inches high, and perhaps half an inch wide at the most. What does am I the door have to do with our relationship with Jesus?

But when I was about three or so, that was enough of an opening that the “bad guys” could shrink themselves down, come in through that hole, and attack us. Now, in my defense, at the time there were armed guards at the entrances to the station, we had armed patrols roaming the area, and our school was surrounded by coils of razor wire. In other words, there was plenty of reason to be concerned for our safety.

Contrast that with Jesus. I understand it was the practice of shepherds in biblical times to bring their sheep inside an enclosure every evening. Once all the sheep were inside, the shepherd would actually lay down in the opening, becoming the door that would keep the sheep safely inside, and repelling any enemy attacks from the outside.

When Jesus said, “I am the door,” what He was saying is, “I’ve got your back. I’m on guard. I’m here for you.” You are as safe as the God of the Universe can make you!

P.S. I went to Kenya about five years ago, and got to visit that old childhood home. To my surprise, that same door was still on the house. I recognized it by that crack! It was still keeping the occupants safe after, um, a lot of years! Not quite an eternity, but “the Lord will watch over your coming and going both now and forevermore” (Psa. 121:8). What a great reminder of God’s faithfulness!