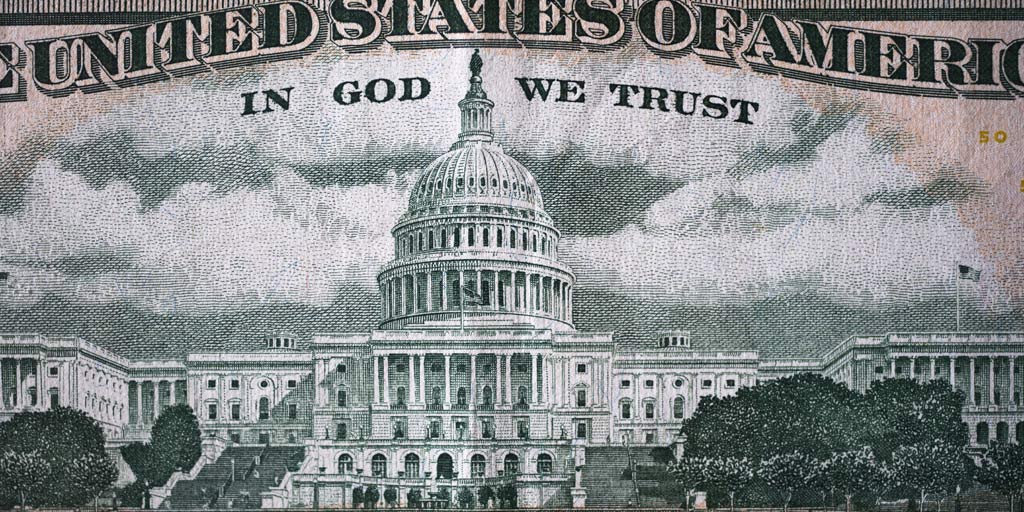 In God We Trust

A recent Pew Research Centerstudy of more than 4,700 Americans reveals that while 80 percent of people believe in God or a higher power, only a slim majority now believe “in the God of the Bible.” What does this study reveal about the future of our nation?

The emerging generation does not appear to be trending toward atheism, but rather toward alternative views of God popularized by contemporary culture. Many Americans, including Millennials and Generation Z (today’s 13-18 year olds) believe in “a god” of some kind and are open to spirituality, yet lack a background with an understanding of the biblical view of God.

In reflecting on these growing trends, the following three observations can help as we seek to impact the lives of those around us.

First, recognize our culture is open to spiritual things. Unlike the media hype of a nation coldly turning against faith and toward atheism, the statistics point toward a nation with many spiritually-open seekers who either lack a Christian background or have rejected it yet continue to believe in alternative views of God.

This means we do not need to be afraid of talking about God or the supernatural, but may need to begin at an earlier starting point when discussing the Christian faith. For example, in unreached cultures, missionaries often begin by addressing the Creator who made all things, gradually moving from Genesis to the gospel message.

The apostle Paul also used this approach in Acts 17 when addressing the skeptics in Athens. When we speak with unbelievers, we cannot assume they know the creation account or even who Jesus is as presented in Scripture. We can begin by building bridges from the known to the unknown, moving  toward the message of new life found in Jesus.

Second, realize our culture now includes many views of God. While America has always included religious diversity to some degree, today’s culture often embraces all views of God as equal. Native American spirituality, Islam, Hinduism, Buddhism, Judaism, Christianity, Wicca, and other faith groups are often discussed as a list of options from which a person can choose.

Some have called this a “cafeteria spirituality,” with a person blending spiritual ideas from multiple faiths to create a something that works for them. However, this blending does not typically follow a logical sequence, but rather a pragmatism that “works” in daily life or simply makes a person feel good.

As believers, this should cause us to both reflect on how we view our faith and how we discuss it with others. Are we following aspects of our faith simply because it makes us feel good or works rather than because it is right?

As we talk with others, we can also highlight the practical benefits of living for Jesus and the emotional change He brings. However, we must not leave out the defining truths of the faith, such as Jesus as the way, the truth, and the life (John 14:6) or that God expects us to live our lives for His honor as His followers (Romans 12:1-2).

Third, remember Jesus is the unchanging answer for our changing culture. Regardless of changes in society, Jesus is the change people need most. The old message of the cross is still the greatest story ever told. We need not forget it, but rather live it and communicate it effectively to those who have not heard it or have yet to embrace it.

Our nation appears to stand at a crossroads. Built upon Christian values that include “In God We Trust” on our currency, many Americans could now add a question mark, “In God We Trust?” The increase in alternative views of God leads to the need for a new spiritual awakening.

James 4:8 tells us to draw near to God and He will draw near to us. If we begin here, we can live as the salt and light needed to bring His message to a new generation.