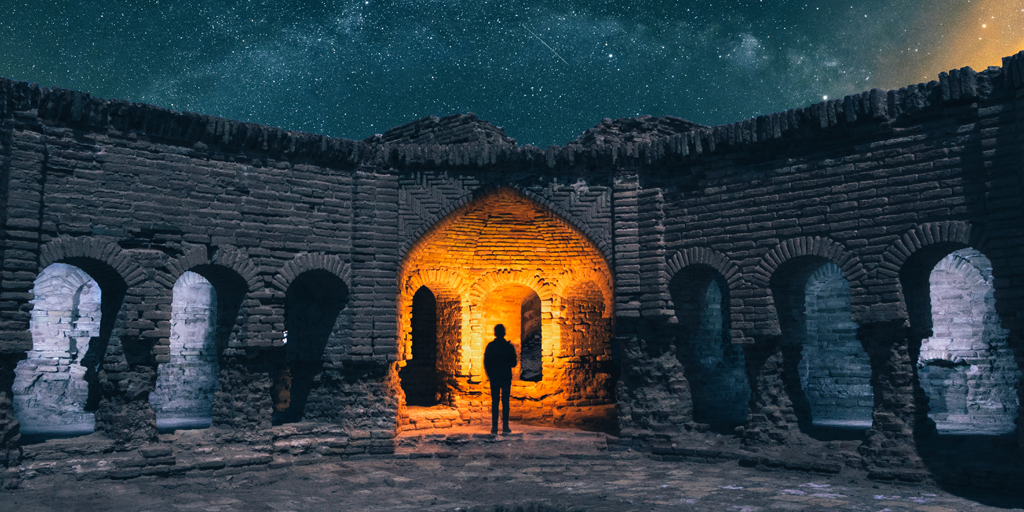 For the last week, Iran has been the main headline across our nation and the world. First, an Iranian-led group storms the US Embassy in Iraq. Next, the US kills the Iranian general responsible with an air strike. Third, Iran fires missiles at US targets in Iraq. In the process, they shoot down a commercial airplane in Iran from the Ukraine, killing over 170 people.

Further threats and concerns continue, with many concerned at the potential for escalation of attacks. When we see events like this taking place in the Middle East, we tend to ask questions like, “Doesn’t the Bible say anything about this?”

While the Bible may not directly address recent events, it does discuss Iran as part of the larger plan for Bible prophecy. Let’s take a look at Iran’s past and future in Scripture.

Iran is located in the area historically known as Persia. When you look at Persia in the Bible, you will find many notable events:

Iran in the Bible’s Future Predictions

This is the background of Iran in the Bible, but what about what we see today and in the days ahead? The key passage related to Iran and Bible prophecy is found in Ezekiel 38:1-6 that reads:

Now the word of the Lord came to me, saying, 2 “Son of man, set your face against Gog, of the land of Magog, the prince of Rosh, Meshech, and Tubal, and prophesy against him, 3 and say, ‘Thus says the Lord God: “Behold, I am against you, O Gog, the prince of Rosh, Meshech, and Tubal. 4 I will turn you around, put hooks into your jaws, and lead you out, with all your army, horses, and horsemen, all splendidly clothed, a great company with bucklers and shields, all of them handling swords. 5 Persia, Ethiopia, and Libya are with them, all of them with shield and helmet; 6 Gomer and all its troops; the house of Togarmah from the far north and all its troops—many people are with you.

Who are the nations mentioned in these verses? The following list notes the past and present locations of the Ezekiel 38 nations:

Interestingly, this leaves out Egypt, Iraq, Syria, and other nations you might expect. They may or may not be involved. However, verse 13 notes, “Sheba, Dedan, the merchants of Tarshish, and all their young lions will say to you, ‘Have you come to take plunder? Have you gathered your army to take booty, to carry away silver and gold, to take away livestock and goods, to take great plunder?’”

Sheba and Dedan refer to the Arabian Peninsula, mostly Saudi Arabia today. Tarshish is more controversial. Some see it as Tartessus in Spain. Others see “Tarshish and all their young lions” as a reference to the distant nations. Nations in Europe and North America will complain about the situation, but do nothing for or against this battle. This could easily fit most Western nations today.

A lot happens prior to this attack:

In the latter years you will come into the land of those brought back from the sword and gathered from many people on the mountains of Israel, which had long been desolate; they were brought out of the nations, and now all of them dwell safely. 9 You will ascend, coming like a storm, covering the land like a cloud, you and all your troops and many peoples with you.”

10 ‘Thus says the Lord God: “On that day it shall come to pass that thoughts will arise in your mind, and you will make an evil plan: 11 You will say, ‘I will go up against a land of unwalled villages; I will go to a peaceful people, who dwell safely, all of them dwelling without walls, and having neither bars nor gates’

Most believe this attack will take place in the early part of the Tribulation. Why? There will be a seven-year peace agreement in Israel. They will feel at peace.

However, since no timing is given, it could take place any time in the future, which makes the claims of Iran and others to attack Israel and to do so together, an important development to watch.

Two important events will take place because of this Ezekiel 38 battle:

I will call for a sword against Gog throughout all My mountains,” says the Lord God. “Every man’s sword will be against his brother. 22 And I will bring him to judgment with pestilence and bloodshed; I will rain down on him, on his troops, and on the many peoples who are with him, flooding rain, great hailstones, fire, and brimstone. 23 Thus I will magnify Myself and sanctify Myself, and I will be known in the eyes of many nations. Then they shall know that I am the Lord.”

This final verse may also support the revival of many people turning to Christ, Jews and non-Jews, during the Tribulation period. Revelation 14 speaks of 144,000 Jewish evangelists who will share the gospel worldwide. We also know there will be people of all backgrounds who come to faith in the end times.

So what does this mean? Why does it matter?

We must be ready. Though many skeptics scoff at the idea of Jesus returning at any moment, Scripture is clear and the signs are evident. Nothing else needs to take place for the rapture to occur. Jesus could come for us in the twinkling of an eye (1 Corinthians 15:51-58) and take us to be with Him (1 Thessalonians 4:13-18).

When we see the Christmas decorations in the stores, you know Christmas is near. Likewise, when we see the nations in Ezekiel 38 gathering together and aligning against Israel, we realize the coming of Jesus can truly happen at any time.

Those who believe after the rapture will face tremendous persecution. However, there are already more than 50 countries where Christian activity is illegal or restricted. That’s over one-fourth of the world’s nations!

In addition, we can expect hostility to increase against both Christians and the Jewish people. We are called to live faithfully, loving others, and supporting the Jewish people as we live in expectation of our Messiah’s coming.