Is Jesus Unique When Compared to Other Religious Leaders? 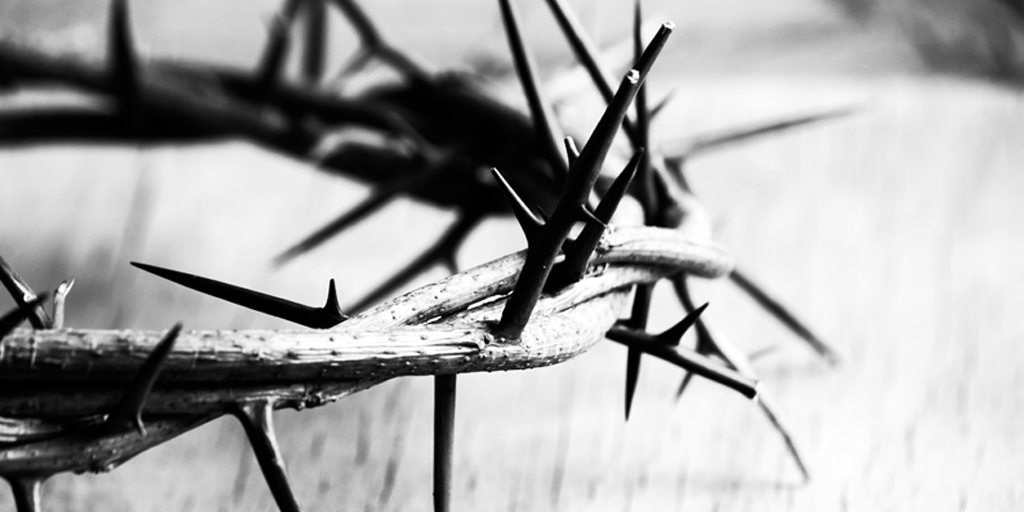 Is Jesus unique compared to other religious leaders?

The average non-Christian, and even many Christians, have little understand­ing of how unique Jesus really is. Messianic prophecy is only a small part of Jesus’ uniqueness. In all the world and throughout all history, there has never been anyone like Him. There never can be. One only needs to read His words in the Gospel to plainly see this.

Anyone who wishes can also read the world’s greatest religious and philo­sophical literature—the Analects of Confucius, the Qur’an of Muhammad, the Vedas of the Hindus, the teachings of the Buddha, or of Taoism, Shinto, Zoroaster or any of the great philosophers like Plato, Socrates, Wittgenstein, Aristotle, Descarte, Hume, Bacon—or any of the greatest scientific minds such as Einstein. One who does this will realize that they all pale in comparison to the words of Jesus. One could argue that all the literature of the world combined hardly matches the quality, character, uniqueness and truth of the words of Jesus, because, compared to the words of Jesus, the words of anyone else are almost lifeless. The light bulb and sun, the glass of water and the ocean, or the atom and the universe; even these comparisons seem in ways inadequate. Indeed, one cannot gauge the gap adequately: it is a chasm that literally sepa­rates the infinite from the finite even as the words of God are separated from the words of men. If Jesus really is God incarnate, then this is what one expects. Listen to the response of those who actually heard Him speak, believer and unbeliever, friend and enemy, alike:

You have the words of eternal life. We believe and know that you are the Holy One of God. (John 6:67-69)
The Jews were amazed and asked, “How did this man get such learning without having studied?” (John 7:15)
“No one ever spoke the way this man does,” the guards declared. (John 7:46)

Those with open and closed minds alike should frankly study His words if for no other reason than to prove their uniqueness. Reverent study of the words of Christ and comparison to any or all other religious teachings should logically make one a follower of Jesus.

I, John Weldon, majored in philosophy in college for almost two years, have an M.A. degree in Christian Evidences, another Masters in Biblical Studies and a Ph.D. in Comparative Religion. Additionally, I have studied some 70 minor reli­gions and cults. For 25 years I have examined or studied competing religions and philosophies. Nothing comes close to the glory and majesty of Jesus. I can say without the slightest possibility of ever being proven wrong that there is no one anywhere like Jesus.

The Bible also teaches that there is no one who has ever lived who is like Jesus. In John 3:16-18, Jesus declares:

The words translated “one and only” are translated from the Greek monogenes, which literally means “one of a kind.” This word emphasizes the unique nature of the one spoken of. In all human history there is no one else like Jesus because only Jesus is the literal Son of God. In John 5:18, where Jesus called God His (very) own Father, the Greek term means God the Father exists “in a special relation to Jesus which excludes the same relationship to others.”[1]

Because Jesus Christ is God’s only Son, the Apostle Paul discusses His supremacy and preeminence over all creation:

He [Jesus] is the image of the invisible God, the first born over all creation. For by Him all things were created: things in heaven and on earth, visible and invisible, whether thrones or powers or rulers or authority; all things were created by Him and for Him. He is before all things and in Him all things hold together. And He is the head of the body, the church; He is the beginning and the First Born from among the dead, so that in everything He might have the supremacy. (Col. 1:15-18)

The Greek word translated “image” is eikon. Like the word charakter in He­brews 1:3, it means Jesus is the express image of or of identical nature with God. Further, when Jesus is described as the first born over all creation, the word translated “first born” is prototokos and stands in contrast to ktizo (created). By using the word prototokos, the Apostle Paul was emphasizing Christ’s preemi­nence, priority and sovereignty over all creation, as the context reveals. Paul was not stating, as some have maintained in the attempt to deny Christ’s deity, that Jesus literally came into existence at some point in time. If that had been His intent, He would have used appropriate Greek words teaching that Christ had a beginning.

If the Bible itself teaches that Christ is unique, that there never has been and never will be another like him; if Christ’s own teachings, actions, character and resurrection prove this is true, and if one-fourth to one-half of the world has recognized this fact to varying degrees, then the burden of proof must clearly rest with the critic to prove otherwise. Isn’t it significant that in 2,000 years no critic ever has?

When we consider all the great religious teachers, leaders, and prophets who have ever lived, who is the equal of Jesus? Not Moses, Confucius, Buddha, or Lao Tse (Taoism), who never claimed to be anything other than sinful men. Not Muhammad, Joseph Smith, Zoroaster or Guru Nanak (Sikhism) who never gave any proof they were true prophets of God. Not Brahma, Vishnu, Shiva, or Krishna who were only myths.

If we examine the specific claims of such individuals, we find none of them claims what Jesus does. In The Qur’an, the Muslim prophet Muhammad states, “Surely I am no more than a human apostle.”[2] In fact, Muhammad is acknowl­edged as sinful and asks forgiveness from God—is even rebuked by God— several times.[3]

The Buddha simply claimed to be an enlightened man, one who could show others how to escape the duality of this world and find eternal release from suffering in a state of individual nonexistence called “nirvana.” After his alleged enlightenment, the Buddha said he realized the importance of maintaining an attitude of equanimity towards all things because this attitude helps one to end the cycle of rebirth, attain permanent release from the human condition and “enter” nirvana:

Monks, I’m a Brahmana [enlightened being], one to ask a favor of, ever clean-handed, wearing my last body…. I am inexorable, bear no love nor hatred toward anyone…. I have the same feelings for respectable people as for the low; or moral persons as for the immoral; for the depraved as for those who observe the rules of good conduct…. You disciples, do not affirm that the Lord Buddha reflects thus within himself, “I bring salvation to every living being.” Subhuti entertain no such delusive thought! Because in reality there are no living beings to whom the Lord Buddha can bring salvation.[4]

Houston Smith in The Religions of Man comments about the Buddha, Notwithstanding his own objectivity toward himself, there was constant pressure during his lifetime to turn him into a god. He rebuffed all these categorically, insisting that he was human in every respect. He made no attempt to conceal his temptations and weaknesses, how difficult it had been to attain enlightenment, how narrow the margin by which he had won through, how fallible he still remained.[5]

If Buddha claimed merely a personal enlightenment designed to escape human nature, Jesus claimed (in His own nature) to be the Light of the world. If Buddha claimed it was wrong to consider him one who brings salvation to men because men, having no permanent reality, do not finally exist, Jesus taught that He came to bring salvation to all men and to dignify their existence eternally. If the Buddha promised to give others enlightenment so that they might find nir­vana, a state of personal dissolution in the afterlife, Jesus promised to give men abundant life and eternal immortality in heaven. If Buddha had the same feelings for good and evil, Jesus exalted righteousness and hated evil.

Confucius said, “As to being a Divine Sage or even a Good Man, far be it for me to make any such claim.”[6] If Confucius denied that he was divine or even a good man, Jesus claimed He was divine and morally perfect.

We can proceed to examine all the world’s major religions in detail and never find anyone like Jesus. Not in Hinduism, Jainism, Sikhism, Confucianism, Bud­dhism, Taoism, Shinto, Judaism, Zoroasterism, Islam, or any other religion. Zoroaster only claimed to be a prophet, “I was ordained by Thee at the first. All others I look upon with hatred of spirit.”[7] Lao-tze and Guru Nanak sum up the attitude, at one time or another, of all the great religious founders when they confessed their humanity and even their ignorance. For example, Lao-tze the founder of Taoism said, “I alone appear empty. Ignorant am I, O so ignorant! I am dull!… I alone am confused, so confused!”[8] Even in the latter part of his life, Guru Nanak, the founder of Sikhism still struggled to achieve enlightenment and la­mented over his own spiritual darkness, “I have become perplexed in my search. In the darkness I find no way. Devoted to pride, I weep in sorrow…. How shall deliverance be obtained?”[9]

In The World’s Living Religions, Professor of the History of Religions, Robert Hume comments that there are three features of Christian faith that “cannot be paralleled anywhere among the religions of the world.”[10] These include the char­acter of God as a loving heavenly Father, the character of the founder of Chris­tianity as the Son of God, and the work of the Holy Spirit. Further,

All of the nine founders of religion, with the exception of Jesus Christ, are reported in their respective sacred scriptures as having passed through a preliminary period of uncertainty, or of searching for religious light…. All the founders of the non-Christian religions evinced inconsistencies in their personal character; some of them altered their practical policies under change of circumstances. Jesus Christ alone is reported as having had a consistent God-consciousness, a consistent character himself, and a consistent program for his religion.[11]

If the claims of men mean anything, or have any implications, and, certainly they must, whether true or false, then no one else in history ever claimed and did what Jesus did.

In Mark 2, Jesus claimed He could forgive sins—something all religions con­cede is reserved to God alone. In John 10:28 and 11:25, He said He could give all who believed on Him eternal life. How can a mere man, indeed anyone less than God—give eternal life to creatures who die? Yet Jesus raised the dead even in front of His enemies—not in some dark alley, but before scores of eye wit­nesses (Luke 7:11-15; 8:41-42, 49-56; John 11:43-44). Who else ever did that? He did other miracles that amazed those who saw them.

“We have never seen anything like this!” (Mark 2:12). “Nobody has ever heard of opening the eyes of a man born blind.” (John 9:32) In Matthew 25, He said that He would actually return at the end of the world and that He Himself would judge every person who ever lived; that He would personally raise all the dead of history and that all the nations would be gathered before Him! Who ever said that? He would sit on His throne of glory and judge and separate men from one another as a shepherd does the sheep from the goats (Matt. 25:31-46, cf. John 5:25-34). Just as clearly, Jesus taught that every person’s eternal destiny depended upon how they treated Him (John 8:24; Matt. 10:32). Jesus said, “You are from below, I am from above; you are of this world, I am not of this world” (John 8:23). All these statements and many more like them, leave us little choice. Either Jesus was who He said He was—God incarnate—or else He was absolutely crazy. But who can believe that?