Is Zen Worth the Risk? | John Ankerberg Show
Donate 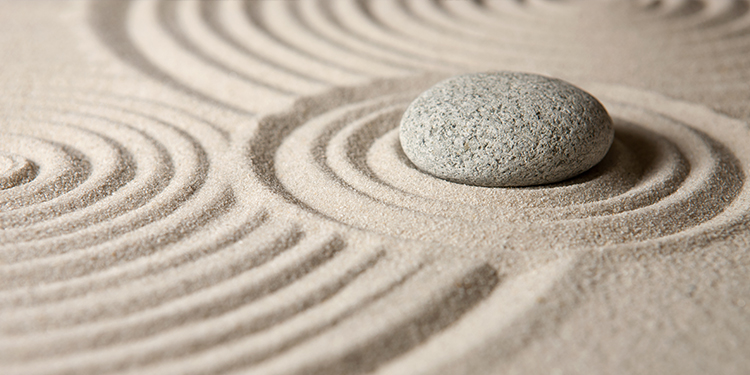 Is Zen Worth the Risk?

Is Zen Worth the Risk?

Dangers of the Zen path

Individuals attempting to attain “enlightenment” run certain risks, as we documented in-depth in our Encyclopedia of New Age Beliefs.[1]The description of “a mosquito trying to bite on a bar of iron”[2] is an apropos if mild analogy, but obviously a dumb mosquito. The problem is that the human mind was not made to function in the Zen way, and only by serious abuse can it be made to do so. As one Zen master urges as part of a ten-point plan to attain “serene-reflection,” “try to put your mind into a state as though you had just been shocked.” [3] Indeed, it may require two or three years just to “understand” one koan.[4] Satori itself could be years or decades away. And what is our reward? R. F. Sasaki tells aspiring Zenists, “What can they hope to get through all this effort? The classic Zen answer and the Buddhist answer as well is ‘Nothing.’”[5]

In the words of Dr. Karl Reichelt, Lit-sen Chang observes that some Zenists “develop very odd qualities. The Chinese have coined a humorous name for them and say that they have become ‘mo-wong,’ such as ‘demon king,’ which means they have become mentally deranged.”[6] Zen expert Blofeld warns practitioners that “techniques requiring long hours of strenuous meditation and all but the simplest breathing exercises are EXCEEDINGLY DANGEROUS without the guidance of an expert teacher,” [7] although some Zen schools require no teacher. Dr. R. C. Zaehner observes that in Zen “the risk of madness is always there.” He quotes Hui Neng, the sixth Zen patriarch, as warning that some Zenists get “lost” in non-attachment. Because they become attached to detachment and stay in a “non-existent” state of mind, “consequently they are so attached to this method as to become insane.” [8]

What a contrast to the Christian faith, to the free gift of eternal life in heaven, and to the promise of a God who “is not unjust; he will not forget your work and the love you have shown him as you have helped his people…” (Heb. 6:10). In Christianity, there is no denial or searing of the conscience; there are standards of living that become their own rewards. There are no philosophical hazards for the mind or body, but there is an overall state of well-being generated from God’s grace. There is no “disinterestedness toward oneself as a distinct being,” [9] but there is an awareness of oneself as created in God’s image and as loved greatly by Him. There is no “let the self perish utterly,” [10] but there is the promise of eternal immortality. There are no evils of idolatry and occultism, no despair over nihilism, there is only the gift of eternal life by grace through faith in Jesus Christ (Eph. 2:8-9) and the wonderful knowledge that one is loved deeply by God.

Zen claims uniqueness and finality in mystical experience. But why should Zen mysticism be considered special? For Zen offers only one of many possible mystical states, none of which have absolute authority for determining reality or objectively answering life’s fundamental questions.[11] Does Zen have any more convincing claim to absolute reality than any number of other contrary mystical traditions? As Dr. David Clark observes, “the level of agreement among various mystics is so small as to be disappointing to the adherents of one particular world view.” [12]

While the Zenist may claim his “nothing” is really “everything,” and that he has found Reality, he has no way of knowing that what he thinks is Reality is not simply the deception of his own mind. Given the years of mental and physical abuse the Zenist is subject to, it would surprise us greatly if the mind did not break down and malfunction perceptually. After all, to sit before a wall for nine years, to listen for an entire year for the sound of one hand clapping,[13] or to mull over the word “Mu” or some other Koan year after year, is bound to have an effect. Like anything else, if regularly abused, the mind will no longer function properly. Far from being a perception of true reality, we think that satori is more the reflection of a serious dysfunction of the mind.

Significantly, in terms of its mental effects, Zen promoters have noted parallels between Zen use and drug use. R. C. Zaehner comments that “psychedelic drugs can produce every and any kind of mystical experience” from pantheism to Nirvana to intellectual rapture.[14] Zen satori, then, could be partly the consequence of chemical alteration of the brain due to extreme Zen methods:

To anyone who has neither achieved Zen enlightenment nor a “peak” experience with LSD or similar drugs, however, most descriptions of Zen enlightenment and some of LSD experience would appear to be almost identical. There is the same “oceanic feelings,” the same transformation of self-consciousness into cosmic consciousness, the same “becoming one with Nature and the universe and in this union [the same] experience [of] an immense joy.”… The resulting experience of seeing all things as One and One as all does seem to be the same [15] (brackets in original).

Meditation authority William Johnston observes, “There is, I believe, a second reason why modern people get the hang of Zen rather easily, though I hesitate to mention it lest I be misunderstood. Anyhow, it is this: the wide-spread use of drugs…. All I say here is that they seem to introduce people to a level of psychic life that has something in common with Zen and mysticism.” [16]

In conclusion, as a way of life, Zen offers extreme practical difficulties. Its irrationalism and nihilism are destructive to human welfare. Its denial of morality is dangerous. The potential for mental collapse or other pathology is always present. The possibility of spiritual deception likewise. And there are genuine parallels to Zen enlightenment and drug states. Why should all these be accepted to gain literally nothing? What’s the point? Is Zen really worth the risk?

You teach false doctrines here by saying “eternal life in heaven”. That is not scriptural. John Ankerberg is a apparently falling down on the job. Revelation 20:4 and the rest of scripture doesn’t teach that Christians go to heaven, it’s clear that Jesus was resurrected, is now in heaven, and will return to raise the dead, who will rule with Messiah the anointed king on earth.