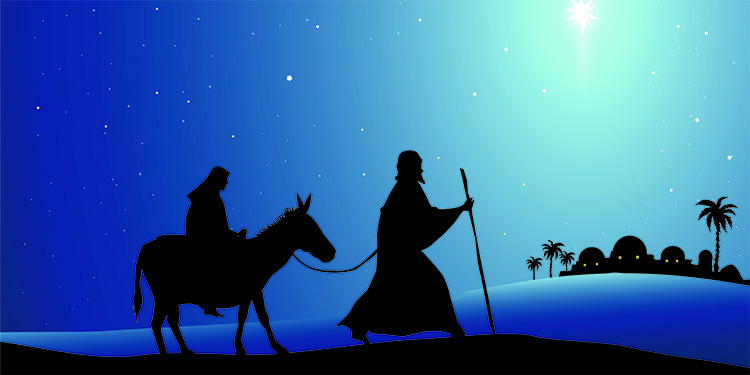 Luke 1:30-35 tells us about how Jesus could be both God and man. God sent the angel Gabriel to explain to Mary what would happen. He told her:

“Do not be afraid, Mary; you have found favor with God. You will conceive and give birth to a son, and you are to call him Jesus. He will be great and will be called the Son of the Most High. The Lord God will give him the throne of his father David, and he will reign over Jacob’s descendants forever; his kingdom will never end.”

“How will this be,” Mary asked the angel, “since I am a virgin?”

The angel answered, “The Holy Spirit will come on you, and the power of the Most High will overshadow you. So the holy one to be born will be called the Son of God.”

So we learn that Jesus’ mother was the very human Mary, but his father was God himself.

The Bible gives us some examples of times when Jesus showed himself to be human:

At the website gotquestions.com the author explains one important reason why Jesus had to be human as well as God:

Jesus had to be born as a human being for several reasons. One is outlined in Galatians 4:4-5: “But when the time had fully come, God sent his Son, born of a woman, born under law, to redeem those under law, that we might receive the full rights of sons.” Only a man could be “born under the law.” No animal or angelic being is “under the law.” Only humans are born under the law, and only a human being could redeem other human beings born under the same law. Born under the law of God, all humans are guilty of transgressing that law. Only a perfect human—Jesus Christ—could perfectly keep the law and perfectly fulfill the law, thereby redeeming us from that guilt. Jesus accomplished our redemption on the cross, exchanging our sin for His perfect righteousness (2 Corinthians 5:21).

So, Jesus came to earth as a man, a human, so he could make a way for us to live in heaven with him for all eternity.

You write “There is no doubt that Jesus claimed to be God”, but when we read the New Testament everywhere the teacher clearly tells he can do nothing without his heavenly Father ,Whom he also worshipped as his God. Nowhere is there a claim by Jesus that he would be God.