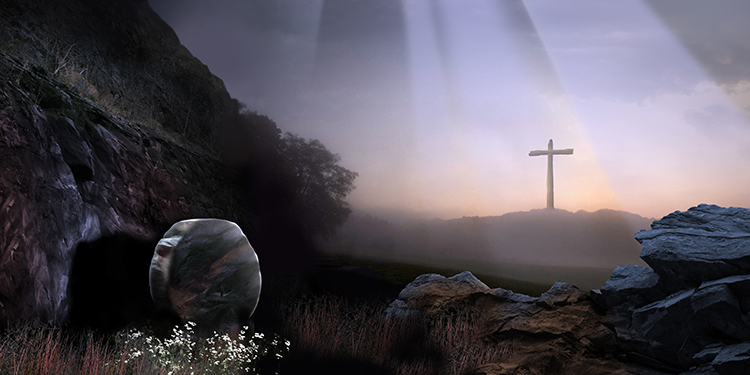 The Resurrection of Jesus

The Resurrection of Jesus
Did Jesus Really Rise from the Dead?
By R.L. Wilson

Christians around the world have recently celebrated Easter, a time when we remember that Jesus died on the cross then rose again. But every year some groups of scholars attempt to deny the resurrection as a true event in history, and offer alternate theories for why people think Jesus rose. Among those ideas are:

The “swoon” theory. According to this theory, Jesus simply fainted due to the severe beating and pain of the cross. So he was alive but unconscious when he was placed in the tomb, later came back to consciousness, escaped from the cloth wrappings, pushed away the stone in front of the tomb, slipped past the guards and made his way to the home of one of his disciples who nursed him back to health. Clearly there are many, many problems with this theory, and no one seriously accepts it today.

The “hallucination” theory. According to this theory Jesus’ disciples didn’t really see him alive after his death, they merely thought they did. Perhaps they saw a vision, or saw someone who looked like him, or… One problem with this theory is that the disciples did not expect to see Jesus alive. There was no reason for them to have “dreamed him” to be alive. Also, far too many people saw him, many at the same time, in far too many places for every one of them to have hallucinated the same thing.

The “disciples stole his body” theory. This is the one the Roman guards used as their explanation for the empty tomb. However, first, how did they know it was the disciples of they were sleeping? In fact, why were they sleeping, when such an event would have meant an immediate death sentence for themselves? Further, if the disciples stole his body, why didn’t they produce it rather than die for saying he was alive?

The “wrong tomb” theory. Could all the people who loved Jesus have been wrong about where he was actually buried? Could the Roman guards have been guarding the wrong tomb, one that was actually empty?

Interestingly, all of these theories MUST deal with the fact that the tomb where Jesus was laid was empty that Sunday morning. No one, not even Jesus’ enemies doubted that the tomb was empty. No one doubts that the disciples truly believed they saw Jesus alive a few days after they watched him die. No one doubts that the disciples, Jesus’ family and many other people completely changed their minds and believed that Jesus was, as he claimed to be, the Son of God, in fact, God himself.