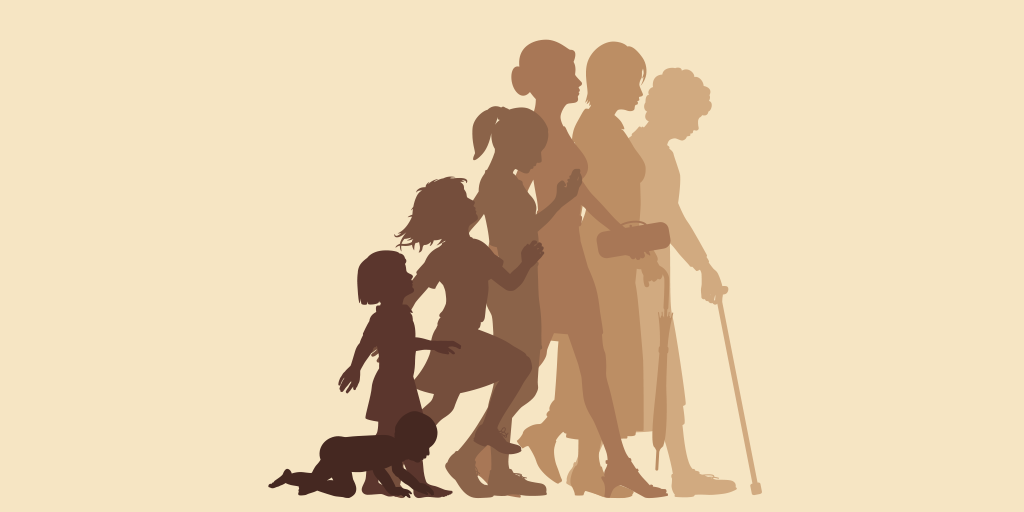 “You shall not make for yourself an image in the form of anything in heaven above or on the earth beneath or in the waters below. You shall not bow down to them or worship them; for I, the Lord your God, am a jealous God, punishing the children for the sin of the parents to the third and fourth generation of those who hate me, but showing love to a thousand generations of those who love me and keep my commandments.” (Exodus 20:4-6)

As I was preparing an article on the Second Commandment for my series on the Ten Commandments, I ran across some information about generational curses. Since this is a topic of interest to many, I felt it would be good to treat it separately.

In the verses above, God says, “I, the Lord you God, am a jealous God, punishing the children for the sin of the parents to the third and fourth generation of those who hate me…”. It would certainly seem that children, grandchildren and great-grandchildren are (unavoidably) punished for the sins of their ancestors, right?

There’s a point to which that is true. When Adam and Eve sinned in the Garden, their sin contaminated the human race, and everyone born since that time (with the notable exception of Jesus) has been born with a contaminated nature. We cannot escape that. As the book of Romans explains, “Therefore, just as sin entered the world through one man, and death through sin, and in this way death came to all people, because all sinned” (Romans 5:12).

But the key to remember here is that we aren’t burdened with the penalty of sin simply because of Adam’s sin. We all, without exception, have committed sins ourselves. (If you question this, see 1 John 1:8, 10.) We bear the penalty for our own sin in addition to the penalty caused by Adam’s sin.

But here are some important points to remember. A “righteous” child will not be unfairly punished by God for the sins of his father. Ezekiel 18:20 say, “The one who sins is the one who will die. The child will not share the guilt of the parent, nor will the parent share the guilt of the child. The righteousness of the righteous will be credited to them, and the wickedness of the wicked will be charged against them.”

What God is saying in Exodus 20:5 is that the children who follow in their father’s wicked ways will reap the same reward as their sinful fathers—the ones who “hate me” will feel God’s wrath. “God will punish the next generation if they continue in the sins they learned from the previous generation. That’s the point of the warning.”[1]

But here’s a beautiful truth. Generational curses, curses brought upon us because of the sins of our forefathers, can be broken. How? Repentance! The people of Nineveh are a perfect example of this truth. Just read the book of Jonah. God resolved to destroy the city because of the ongoing sin of the people. He sent Jonah to sound the warning, and the people repented! Jonah 4:10 says, “When God saw what they did and how they turned from their evil ways, he relented and did not bring on them the destruction he had threatened.”

We have that same option when by faith we receive Jesus’ sacrificial death on our behalf. Galatians 3:13 explains that “Christ redeemed us from the law by becoming a curse for us.” And in 1 John 1:9 we have the promise, “if we confess our sins, he is faithful and just to forgive us our sins and to cleanse us from all unrighteousness.” When we repent and confess our sins, we come into a new relationship with our heavenly Father. We are no longer those who hate Him, but rather sons and daughters.

And in this new relationship we have an astonishing promise: God shows “love to a thousand generations of those who love me and keep my commandments” (Exodus 20:6). As Peter Leithart explains, “The love lasts much, much longer than the judgment. He curses to three or four generations but shows love to thousands of generations.”[2]

The bottom line? Mark Rooker explains, “A holy and righteous God cannot wink at sin, but this verse stresses God’s magnanimous grace, as the blessings for obedience are infinitely greater than His judgments for disobedience.”[3] That’s a beautiful truth from a lov