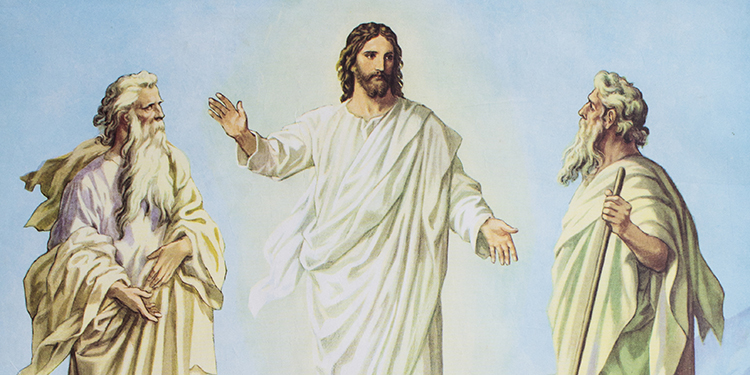 For Christians the death of Christ is vital, but as Paul tells us, without the resurrection our faith is in vain.

1).        The Patriarch Job. In Job 19:25-27 Job knew of his Redeemer who would stand in the latter days on the earth; therefore the Redeemer would have to be raised from the dead in order to fulfill this prophecy.

2). The attitude of the unbelieving Jews toward these prophecies, Matthew 27:63-64. They were so concerned that they wanted to make sure that He could not be raised, or stolen away (which would promote such an error).

1).        At least 16 recorded appearances testify to the fact of His resurrection, Matt. 28, Mk. 16; Lk. 24; Jn. 20. These appearances were over a 40-day period, in different places, to many different people. He appeared to large groups, small groups, making deception impossible. Some were still living as eyewitnesses when Paul wrote about the resurrection in 1 Cor. 15:6.

b).        If the tomb were not empty the Jews would have found the body and ended all talk of resurrection at once. The fact that they did not indicates that Christ actually rose from the dead.

c).        The soldiers were commissioned to keep the body from being taken. They were bribed to lie, saying they slept on the job while the disciples stole the body, and the Jews promised them exemption from punishment, Matt. 27:62-66; 28:11-15.

3).        The character of the witnesses. The disciples would be the last to be fooled, yet were hardest to convince that He would rise from the dead, Jn. 2:19-22. Once convinced, they were willing to die for the truth of the resurrection.

5).        The Day of Pentecost. Apart from the resurrection there is no explanation for the coming of the Holy Spirit, in fulfillment of Christ’s promises before His death (John 14:16-17; 16:7) and after His resurrection (Acts 1:4-6). Peter’s sermon in Acts 2 also emphasizes this.

7).        The existence of the Church, Where any extensive group maintains existence for centuries there has to be a reason; for the Church that reason is the resurrection of Christ.