Syrian Refugee Crisis: Is This Part of the “Last Days” Mentioned in the Bible? | John Ankerberg Show
Donate 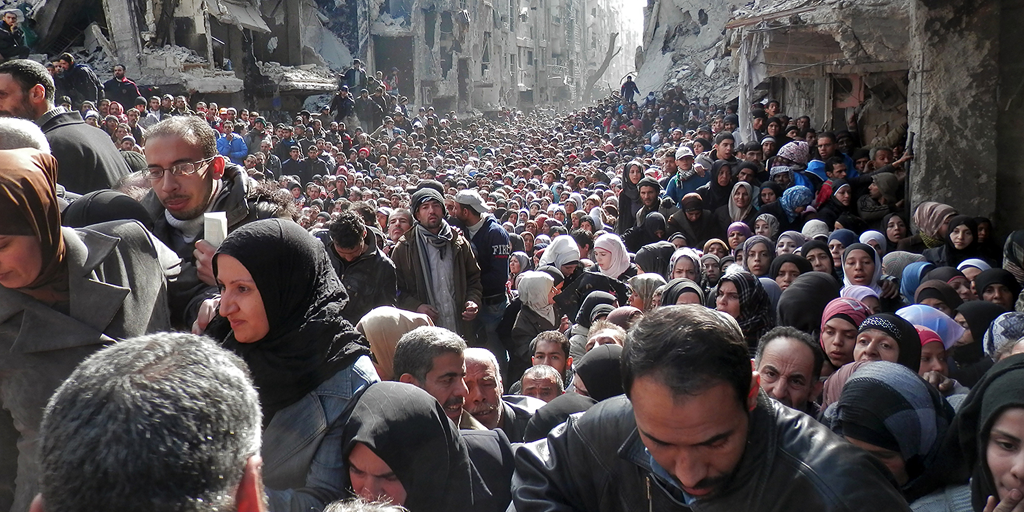 Syrian Refugee Crisis: Is This Part of the “Last Days” Mentioned in the Bible?

As of now, 23 U.S. states have refused accepting Syrian refugees. The terror attacks in Paris have created a new scenario where American leaders are now increasingly concerned regarding the influx of immigrants from nations where ISIS operates. Is this shift of immigrants part of the last days mentioned in the Bible?

In Joel Rosenberg’s insightful book Implosion written in 2012, he mentions a variety of reasons that may explain why America is not specifically mentioned in the Bible’s end-times scenario. These include financial implosion, natural disasters, the rapture, as well as the possibility of implosion, or demise from power, due to war and terrorism. In addition, others have noted the possibility of moral decay that may lead to America no longer serving as a superpower that stands for truth or supports Israel.

Rosenberg’s writing finds itself strangely accurate according to today’s headlines. First, a mass influx of potentially hostile immigrants has created a new potential for terrorism on American soil. To date, only lone wolf attacks have been noted, such as the Boston Marathon bombing or the July 16, 2015 Chattanooga shootings at military recruiting centers that killed five servicemen.

However, with more people in the nation who may desire to cause harm to America, large-scale terror attacks similar to those in Paris are becoming a concern. Many state leaders now feel compelled to act to prevent a similar disaster.

Second, more immigrants with anti-American and anti-Israeli worldviews may lead to additional support for non-biblical worldviews. For example, in the past several years, American support toward the nation of Israel has fallen to lower levels. Many factors are likely involved, but the increase in population from nations with high populations of Muslims that hold anti-Semitic views is one area of influence.

This distancing from Israel closely connects with the Bible’s predictions in Ezekiel 38. In this prophetic passage, the nations surrounding Israel come together to destroy it. Though some nations oppose the effort, not one will join with Israel to defend the land. In the end, only God’s direct intervention will protect Israel.

Third, new immigrants also open new opportunities to communicate the gospel. Though the first two points are negative, this third observation includes a positive perspective for those who seek to share their faith. With many new immigrants within our own communities, we have “world missions” in our own neighborhood. Those we could never visit in nations hostile to Christianity now live where we can minister to them without leaving our own city.

As a result, there is a growing need for new refugee ministries of many types. This can include ESL (English as a Second Language) courses, culture-specific churches (including services in the languages of the immigrants served), neighborhood Bible studies and children’s outreaches, and much more. While we can and should have concerns regarding immigration, we can also seek to live out our faith among those already near where we live.

What Can We Do?

There is and will continue to be a strong tension between helping immigrants from certain nations and protecting our nation. We may not be able to control some aspects of America’s changing landscape, yet we can help in at least three ways.

First, we can continue to show appreciation to those who serve to protect our nation. American Christians should not fear showing signs of patriotism. The nation has long held to religious liberty that has led to some of the greatest innovations in Christian growth and missionary activity. Our support of military personnel, veterans, and their families should stand firm in our churches and personal lives.

Second, we can continue to encourage support of Israel. While we may not agree with every political decision in the Jewish homeland, the Bible clearly indicates God’s support of Israel (Genesis 12:1-3). This is the land where Abraham lived, the Promised Land where Joshua led the Jewish people, and the land where Jesus and His disciples walked. Christians, of all people, should cherish and seek the peace of this land.

Third, we can seek to show the love of Christ to the immigrants in our midst. Rather than focusing only on the negatives of the situation, we can find ways to assist those who need to see and hear what it is like to follow Jesus. When Christians get involved in the lives of those new to our nation, it will only be a matter of time before some of these new immigrants follow our Lord. Ministry to immigrants is a long-standing tradition of the Judeo-Christian worldview that American Christians can continue today to impact lives for Christ.

The Bible does predict a future when all will turn away from Israel. And yes, America is not directly mentioned in the Bible’s end-time events. Recent immigration may be part of this scenario, yet much remains unknown. For now, all American believers can focus on a concern for our nation, for the support of the Jewish people, as well as serving those immigrants who already exist in our communities.

The author states “Rather than focusing only on the negatives of the situation, we can find ways to assist those who need to see and hear what it is like to follow Jesus. When Christians get involved in the lives of those new to our nation, it will only be a matter of time before some of these new immigrants follow our Lord.” Evidently he agrees with a very well known pastor in Kalispell Montana who stated; “I also pointed out that not all Muslims are terrorists and to condemn all Muslims on the basis of Muslim Jihadists is wrong.… Read more »