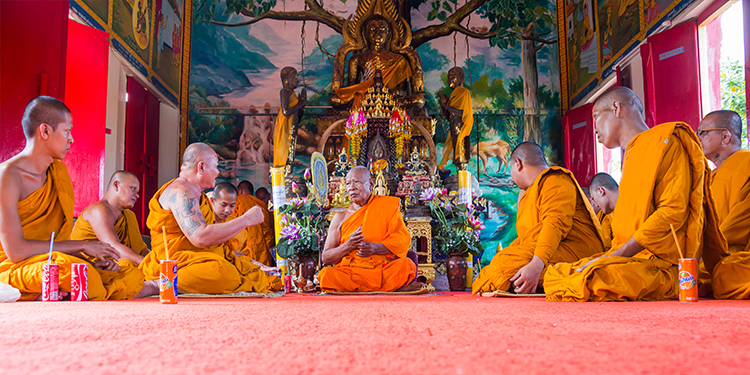 The Holy Order of Mans (HOOM)

The Holy Order of Mans (HOOM)

Purpose: To help unify all religions and bring in the “New Age.”

Source of authority: The books of Paul Blighton.

Claim: HOOM is the one principal organization that “the Christ” is using to set up the New Age.

Attitude toward Christianity: While claiming to be a Roman Catholic order, its attitude to Christianity is one of rejection.

“The term ‘Christ’ as used in the New Testament represents that holy power which Christed or anointed the blessed Jesus at his time of Baptisms, by virtue of which he became the most perfect of men and the highest Initiate of Earth’s humanity” (Paul Blighton, Book of the Master Jesus, Vol. I, p. 46).

“We cannot limit ourselves to any denomination, or sect, or religion, and still maintain the universal consciousness which is called Christ. It is impossible to speak of universal Consciousness without the inclusion of Buddha, Moses, Mohammed, Krishna, Zoroaster, or any other of the avatars and teachers of men” (Sonflowers, Jan. 1978, p. 22).

Note: In the last few years HOOM claims that it has rejected its earlier teachings for biblical faith, making the content here possibly outdated. HOOM information on the Internet would indicate that if such a change has occurred, its major replacement is “Christ the Savior Brotherhood,” a sect of Eastern Orthodoxy which, however much improved, is still not biblical faith. Apparently, at least five distinct groups today replace the HOOM: Christ the Savior Brotherhood; The Gnostic Order of Christ; Science of Man; American Temple; and The Foundation of Christ Church. (See www.angelfire.com/hi/HOOM/index2.htm1)

The Holy Spirit: Part of the force of God.

The Second Coming: The worldwide increase of interest in psychicism.

The Bible: A guidebook containing truth and error.

Death: Transition to a higher plane.

Hell and Heaven: Positive or negative states of consciousness.