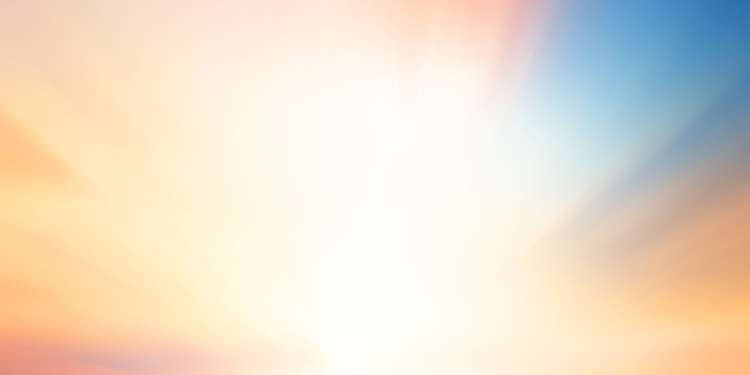 The Unification Church and Christianity

The Unification Church and Christianity

Sun Myung Moon and his followers claim to be a genuinely Christian organization. A
biographical note in an official UC publication, Christianity in Crisis, informs readers that “only a Christian message that can deal with ultimate questions… can bring new hope today. Rev. Sun Myung Moon comes bringing such a message.”[1] Moon himself declares, “The end of the world is at hand, not only for Christians but for all people throughout the world. The new history of God will begin with the arrival of the Lord [i.e., Moon]. Blessed are those who see him and accept him. It is the hope of Christianity to recognize, receive, and accept the Lord of the Second Advent.”[2] UC members collectively view themselves as genuinely Christian; that is, as the true Christians. “‘Christian’ means, in this instance, those of the Christian faith who take part actively in God’s new dispensation [the Unification Church].”[3] “So what are we? Christians in the real sense.”[4]

On the other hand, Moon is clear that the UC and Christianity are mutually exclusive. “The points of difference are complete, not just vague.”[5] “When we say we are different, we mean that we are 180 degrees different from the others, not only 90 percent or 90 degrees different.”[6] Thus, although Moon and his followers claim to be Christian, no doubt to gain converts from Christianity, an examination of their writings, especially the more private publications, clearly reveals otherwise. As we will now discuss, their beliefs and teachings are not simply neutral toward Christianity, but antagonistic.

Almost 20 years ago Moon’s first missionary to the United States, Young Oon Kim (later a professor of systematic theology at Barrytown Seminary) stated that God “is removing His direct guidance from existing churches.”[7] Moon himself declared earlier in 1974, “God is now throwing Christianity away and is now establishing a new religion, and this new religion is the Unification Church…. We have only one way.”[8] The UC is the one and only group on earth fulfilling the mission of Jesus.[9] Moon says that if Christians do not accept the revelations in the Divine Principle as well as the Lord of the Second Advent (Moon), they will be damned.[10]

At best Moon has had a torturous time with Christianity: he needs it, but he also detests it.
Christians must be converted, or his plan of world restoration will be severely hindered.
But these very Christians are his greatest enemies.

Major importance in the UC is placed on converting Christians. Since Moon teaches
“the unification of world Christianity,” his goal is the uniting, under his authority, of
Catholics (“even the Papacy will be ours”)[16] and Protestants, especially evangelicals:

We are responsible to convey this message to the Christians first. Until our mission

In our church we have been preparing on two fronts: one was to work to unify Christianity—i.e., the evangelical movement, the Divine Principle movement.[18]

The numerous dialogues with evangelicals over the last several decades were part of this
strategy. Moon attempts to reach Christians in a variety of ways. First, like the Mormons, he
places full page advertisements in major newspapers, asserting that his movement is
Christian. Second, he has his theologians write liberally-oriented propaganda pieces on
theology.[19] Third, he sponsors “dialogues” with both conservatives and the ecumenical-liberal and neo-orthodox ends of the theological spectrum. In the latter groups he has found many theologians willing to support him. One asserted, “I believe that it is clearly a Christian group…. More orthodox and more creative in dealing with scripture and the Christian tradition than many other contemporary churches. We should rejoice in their fervor and be glad to learn from them.”[20] A student at a liberal Bible college declared: “I learned more about Christianity in a few minutes than I learned in a whole year of Bible
college.”[21] An editorial in the evangelical magazine Moody Monthly made the following observation: “In 1985, some 300,000 pastors and Christian leaders received [UC] materials and videotapes designed to project credibility and build bridges to established churches…”[22]

Obviously, if Unification theology were Christian, as many theologians affirm, one wonders
how would they explain the following UC statements in which Christianity is referred to as
satanic, the enemy and godless?

We know those who hate the Unification Church most are the Christian people. They

hate us because Satan is in them.[23]

The satanic power is mobilizing Christian churches to come against us.[24]

The more actively we work, the more swiftly the Christian world will collapse in
corruption.[25]

The three greatest enemies of the Unification Church are Communism, Christianity

and members of the opposite sex.[27]

A former member mentioned that the basic attitude towards Christianity and Christians is
that they are both satanic:

In Unification theology the cross actually becomes synonymous with Satan. I had

been wearing a cross, and no way was I going to continue wearing it. We would
comment, as we drove through a city, how ironic that all the churches had crosses
on them, because the cross was a symbol of Satan…. A Christian is a person that you
don’t like. [Members] have a horror of Christians. They say their Bibles are like rifles
and they come in and shoot Bible verses at you without really understanding the
heart of the Bible. They say that Christians are the very ones who will crucify the

Still, “the enemy” is the very one that must be successfully evangelized for UC goals to
succeed. As someone once said, the devil is never an easy taskmaster.

God has abandoned Christianity. One reason Christians are to be converted is because
they cause such trouble. Since the beginning, God has not been pleased with Christians.
After Jesus failed, God had no choice except “to rely on the Christian people… [but] God was
not pleased with them or pleased to see them.”[29] Christianity (and democracy) led to the world’s dominion by Satan.[30] “The Christianity which God has been fostering for 6,000 years [sic] is doomed. Up to the present God has been with Christianity. But in Christianity things are stale-mated.”[31] “The Christian desires only to go to heaven without knowing all these secrets. They can’t be admitted! They are lost. They are not doing the right work, and are only greedy.”[32] “Have Christians ever… attained true liberty from Satan or sin through Jesus? No.”[33]

In light of Moon’s view of Christianity as an enemy that one needs to convert, it is not
surprising that one of the ways he rejects the teachings of Christianity is through his
symbolic approach to the Bible.

I agree. Christians base the truth just on the bible and they are being close minded. They cannot accept that Jesus is just a human and a messiah. At the side of Islam, they didn’t know that Jesus is the messiah also in Judaism. Those three ideas are right when connected to each other and look the deeper meaning of the words from the holy book. Some of the muslims hate christians because they worship Jesus not God alone as they know that our God is a jealous god. Well, that was the only wrong thing that islam did is… Read more »