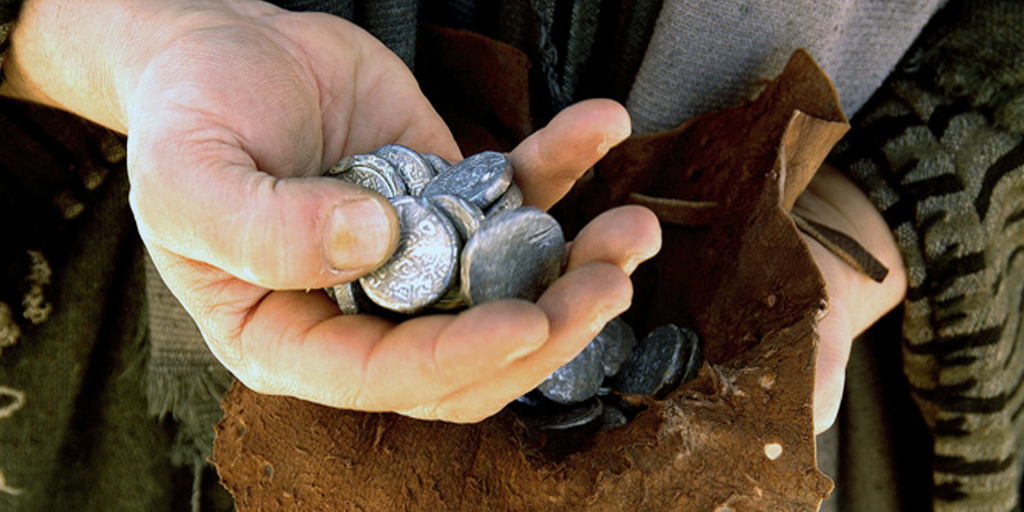 Matthew 27:3-4 records, “Judas … was seized with remorse and returned the thirty pieces of silver to the chief priests and the elders. ‘I have sinned,’ he said, ‘for I have betrayed innocent blood.’”[1].  Was Judas Saved?

This verse has caused many to wonder: Does Judas’ remorse and confession of sin indicate that he was saved?

Unfortunately, it does not. It is clear from the rest of Scripture that Judas was not saved. Below are three passages which show this to be the case.

Jesus says in John 17:12, “None [referring to His disciples] has been lost except the one doomed to destruction so that Scripture would be fulfilled.”

Being “lost” and “doomed to destruction” are certainly not descriptions used of a believer who will share in eternal life. In fact, the same word used for both “lost” (apollumi) and “destruction” (apoleia – its form as a noun) occurs earlier in John 3:16 to describe what will not happen to believers: “For God so loved the world that he gave his one and only Son, that whoever believes in him shall not perish [apollumi] but have eternal life.”

The association of this title with the antichrist further evidences the intensity of this phrase and the surety of Judas’ eternal destruction.

Matthew 26:23-24 states, “Jesus replied, ‘The one who has dipped his hand into the bowl with me will betray me. The Son of Man will go just as it is written about him. But woe to that man who betrays the Son of Man! It would be better for him if he had not been born.’”

This statement makes no sense if Judas would eventually be restored to God and spend eternity with Him in heaven.

Peter says in Acts 1:16-20, “Brothers and sisters, the Scripture had to be fulfilled in which the Holy Spirit spoke long ago through David concerning Judas … For it is written in the Book of Psalms: ‘May his place be deserted; let there be no one to dwell in it’ [Psalm 69:25], and, ‘May another take his place of leadership’ [Psalm 109:8].”

It was common in Peter’s day to quote one line from the Old Testament to allude to its larger context. Both of these Psalms go on to describe this individual as one who will not share in God’s salvation.

Psalm 65:27-28 says, “Charge them with crime upon crime; do not let them share in your salvation. May they be blotted out of the book of life and not be listed with the righteous.”

Overall, it is clear from these passages above that Judas was not saved.

So why was Judas not saved if he felt remorse and confessed his sin?

Salvation is not found in merely feeling remorse over sin or admitting you are a sinner. Even demons shudder at their standing before God (Mark 5:7; Luke 8:28; James 2:19). While remorse and confession of sin are involved in the process of salvation, they are not how one ultimately receives salvation.

Did Judas repent? Those reading Matthew 27:3 in the KJV or NRSV will not find the phrase “[Judas] was seized with remorse” but rather “[Judas] repented.” The ESV phrases this, “he changed his mind.” While these are good translations, it needs to be pointed out that the word here (metamelomai) is different than the standard word for repent (metanoeo).

Several theological dictionaries note that metamelomai, in contrast to metanoeo, depicts a change not in one’s general orientation toward God, but rather in one’s feelings as they pertain to a thing or deed.  Thus, one should not conclude that Judas truly repented. It appears that he merely regretted and changed his mind about receiving money for his betrayal of Jesus.

Judas died in a hopeless state. While suicide is not an unforgivable sin, in Judas’ situation it adds further confirmation that he never experienced forgiveness and restoration.

Overall, it is clear from Scripture that Judas was never truly saved. Although he felt remorse for his actions, the Bible gives no indication that he ever trusted in Jesus for forgiveness. Instead, His remorse led him to self-destruction.

To those like Judas who are struggling with guilt for things they have done, let me say this: bring it to Jesus. Don’t let it bring you to self-destruction. Jesus loves you, even in your state of sin (Romans 5:8). He gave His life so that you can be made right with God (2 Corinthians 5:18-21).

The Bible promises, “If we confess our sins, he is faithful and just and will forgive us our sins and purify us from all unrighteousness” (1 John 1:9). By asking Jesus to forgive you of your sin, the words of the classic hymn, “It Is Well,” can be your song as well: “My sin, not in part but the whole, is nailed to the cross, and I bear it no more, praise the Lord, praise the Lord, O my soul!”

[1] All quotations of Scripture are taken from the NIV unless otherwise stated.