When a Spiritual Mentor Falls 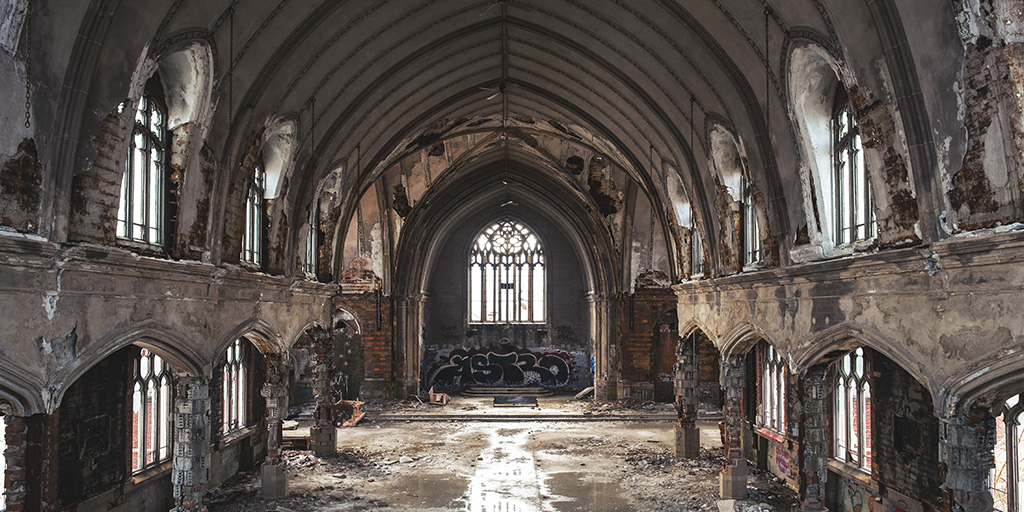 Ravi Zacharias is just the latest in a long line of evangelical leaders who has fallen, or rather whose sin has been revealed to the world.  We are saddened by it; we feel betrayed. But what should we do about it?

First, Galatians 6:1 says, “Brothers, if anyone is caught in any transgression, you who are spiritual should restore him in a spirit of gentleness.” Notice, the purpose of church discipline is restoration. Clearly we don’t have that option with mentors who have since died. But we can pray for the church or ministry with which the fallen leader was associated. We can pray for and support the family as they deal with the fallout. We can refrain from gossip or malicious talk which only exacerbates the problem.

Second, in the same verse we read, “Keep watch on yourself, lest you too be tempted.” Are there any of us who can “cast the first stone” in this type of situation? In other words, do we have some secret sin in our lives that we do not want anyone to find out about? Is there something in your life that could destroy your effectiveness as a witness for Christ? Maybe you need to stop right now and deal with your own sin. Confess it; turn from it. Put in place some type of accountability in your life to keep you from falling into that sin again. 1 Corinthians 10:12 says, “So, if you think you are standing firm, be careful that you don’t fall.”

Remember that “your adversary the devil is prowling around like a roaring lion, looking for anyone he can devour” (1 Peter 5:8). Sex is one of Satan’s favorite weapons because it has proved so very successful. But if that fails, he will keep trying until he finds something else to break through your defenses. Pray hard. Pray often. Keep your eyes open, and your spiritual armor on.

Third, what about the advice we received from the fallen leader? What if we were saved under his ministry? Is our faith in vain? Look at 1 Corinthians 3. The Corinthians had been identifying themselves with key spiritual leaders of their time, and Paul explains their focus is wrong. He says,

“When one of you says, ‘I am a follower of Paul,’ and another says, ‘I follow Apollos,’ aren’t you acting just like people of the world? After all, who is Apollos? Who is Paul? We are only God’s servants through whom you believed the Good News. Each of us did the work the Lord gave us. I planted the seed in your hearts, and Apollos watered it, but it was God who made it grow. It’s not important who does the planting, or who does the watering. What’s important is that God makes the seed grow” (1 Corinthians 3:4-7).

Yes, it does matter to God that His messengers live godly lives. But His message can go forth untainted even when the messenger’s motives or lifestyle are wrong. If the message given is in accord with the Scriptures (as opposed to the teachings of false prophets—those who claim to speak for God, but in fact do not), Paul tells us in Philippians 1:18, “Whether in pretense or in truth, Christ is proclaimed,” and where God’s truth is proclaimed, God’s Spirit can and will work in the hearts of those who hear it.

The power of salvation is not in the preacher. I’m of the conviction that people can come to faith in Christ through even thoroughly flawed means (for example, the Jehovah’s Witnesses’ New World Translation) because God promises, “You will seek me and find me, when you seek me with all your heart” (Jeremiah 29:13). No, your faith in the risen Jesus is not in vain (1 Corinthians 15:14).

Finally, what about all the things you learned from the fallen leader? Do you have to throw them out and start over? Has your faith been tainted by a contaminated messenger?

While it is possible that you may have to discard some things you learned, it is not necessary to have a figurative book burning to rid yourself of everything you were taught. Luke explains how to sift any teaching to separate the good from the bad. He gives the example of a group of people in Macedonia who reacted to the teaching of the apostle Paul in this way: “Now these Jews [in Berea] were more noble than those in Thessalonica; they received the word with all eagerness, examining the Scriptures daily to see of these things were so” (Acts 17:11). They even checked out Paul’s preaching!

You see, regardless of the source; regardless of any known or unknown sin in the messenger’s life; regardless of his reputation; never accept any man’s message without comparing it to Scripture! Of course, that means that you will need to be in Scripture daily to become familiar with it. I’m told that when bank tellers are learning how to identify counterfeit money, they work with the real thing—not counterfeit bills. They become so familiar with the genuine that they can instantly tell if something is not right. That’s what you must do!

We are all sinners—saved by grace, but still sinners who must rest in the power of the Holy Spirit to keep from falling into the temptations that come to us every day (1 Corinthians 10:13).