Who, Being in Very Nature God 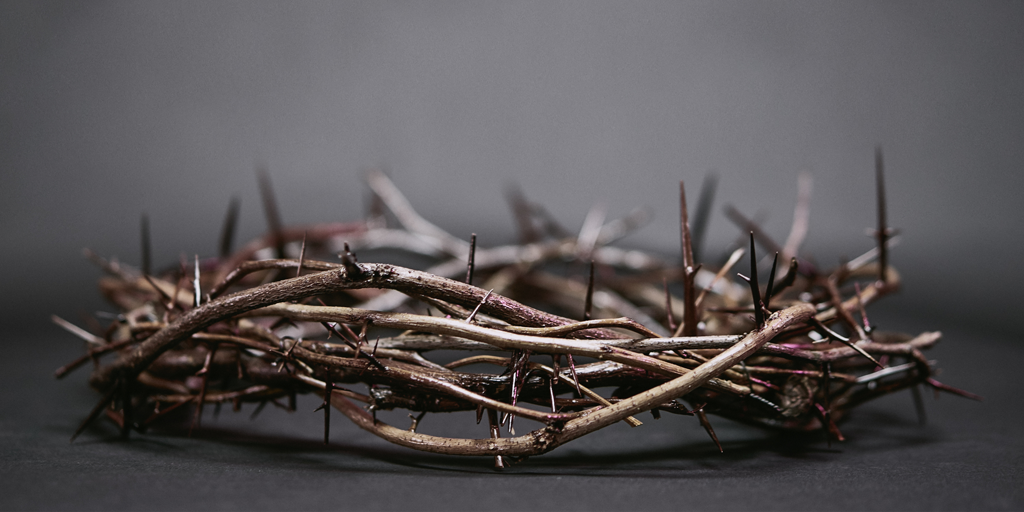 Philippians 2:5-11 Reveals the Early Beliefs of the First Christians

Ed. Note: The following is excerpted from our series, “What Did Christians Believe Within the First 24 Months of Jesus’ Resurrection?” In this excerpt, Dr. Ankerberg and Dr. Habermas talk about the clues in this hymn that show the first Christians believed and taught the gospel message very, very early—quite possibly within 24 months after Jesus died. This excerpt has been edited for publication. The entire series is available on our website, jashow.org.

John Ankerberg: Alright, let me go to a hymn that’s a knockout. Scholars just say, you know, “Let’s just show you that this is a hymn that the Christians sang.” Listen to the words and the content of this song, this hymn, that they sang, and it is talking about the earliest Christians’ belief in Jesus.

And what I like is you take atheists like Bart Erhman, or any of the skeptical scholars that are heads of these Departments of New Testament around the world, they all believe that Philippians is an accepted book, an authoritative book. It’s one of their seven that they say, “Yes, we’ll accept that. That’s from Paul, and he’s a scholar. And the fact is, you know, he was early and he knew all the key players. And so, yes, this is a good book.”

And in that good book that they accept you find this information. And I want you to comment on this little hymn. It starts out, Philippians 2:6-11, “Have the same mindset as Christ Jesus” (v. 5), then it says, “Who, being in very nature God.” Let’s just stop there. The first words of the hymn, “who being in very nature God.” And the word is morphe, which is a fantastic word in the Greek, what does it mean?

Gary Habermas: Yes, morphe’s heavy. Now, in English morphe means something like our English word “form.” If I said to you, “Hey, we’re coming along pretty well on your house. We got it roughed in yesterday. Come on over and see the 2×4’s before we put the drywall up.” We would call that morphe; we would call that the form. It’s only 2×4’s, why would I want to go over there today? But in Greek the primary definition of morphe is “essence.” It’s more of a philosophical term. It’s more like the insides; what makes it tick, not the 2×4’s that hold up the….

So we might read that and say, “They’re a little overdoing it on the morphe.” Not for Greeks they’re not. In fact, there’s three times in the New Testament where essence, ontological, words are used of Jesus, and they’re creeds. Another one is Hebrews 1:3 where we’re told He was “the exact representation of the Father’s nature.” When you start using language like that, that is heavy stuff. But why do they put it there at the beginning? Why the earliest sources?

John Ankerberg: Yes. There’s a contrast. Let’s go through it. It starts out, “who, being in very nature God,” then it says that Jesus “did not consider equality with God something to be used to His own advantage; rather”—you talk about the incarnation here—“rather He made Himself nothing by taking the very nature of a servant, being made in human likeness. And being found in appearance as a man, He humbled Himself by becoming obedient to death—even death on a cross.” Now, just explain that portion.

Gary Habermas: Well, again you’ve got,… But, by the way, humbled Himself and became a servant, also morphe in the Greek. So in the Greek, morphe of God; morphe of a servant. That’s quite the contrast. I mean, we talk about incarnation, but, I mean, the fullness of the nature of deity, the fulness of the nature of humanity. And that’s why that’s looked at so seriously on verses on the incarnation.

John Ankerberg: Yes. Then it goes on and says, “Therefore God exalted Him,” talking about Jesus, “to the highest place,” this is still part of the hymn, “and gave Him the name that is above every name, that at the name of Jesus every knee should bow, in heaven and on earth and under the earth, and every tongue acknowledge,” now listen to what they’re supposed to acknowledge, “that Jesus Christ [Messiah] is Lord, to the glory of God the Father.” Explain “every tongue acknowledging that Jesus Christ is Lord.”

Gary Habermas: That is from a book, Isaiah, in the Old Testament, where God says, “I will not share My glory with another.” And here the glory is explicitly being shared with somebody else. We would say, “God’s not sharing His glory with somebody else; this is His son. He means He’s not going to give it to a human.” And so, we’re right there at the beginning. And, by the way, if somebody says, “Philippians 2, Jesus is called God there,” some people who don’t want to believe that will say, “Aha. I thought I could catch you on this one. The Greek says He didn’t selfishly grasp after that.” That’s not the verse we’re talking about. We’re talking about the morphe verse, “being in the form,” the essence, “of God.”

John Ankerberg: Now, my question to you is, everybody agrees it’s a creed, it’s a hymn. And the information is the Christology about who Jesus was in early form. It wasn’t even written down; this was just sung in their services. How do we know it goes back to only two years after Jesus died on the cross and rose from the grave?

Gary Habermas: I have two answers to that. And the first one is there are some hints or indications. When John Kloppenborg of the Jesus Seminar says that 1 Corinthians 15:2-3 is a pre-Pauline creed—and it’s right in the headline of his article—when he says that, people who don’t have to believe these things because their creeds don’t teach those things, you know they’ve got to have some reasons. Now, it is a tough call to say how do you know it’s in those first two years. But two things I would say. First, I would refer to Richard Bauckham’s comment that we’ve given before, and he’s citing somebody else. But it’s really a heavy comment when he says, “The earliest Christology is the highest Christology.” Philippians is an example. Coming out of the gates, we’ve used that phrase, you’ve got morphe right off the bat. Or “exact representation of His nature,” Hebrews 1:3. So, they seem to be the candidates for early.

But here’s my follow-up. Let’s just say to appease the critic—and virtually nobody makes this move—but let’s say that that creed is actually post-Pauline; it’s from the late 30s. The key isn’t what does the creed say and how early the creed is, the key is the material in the creed. And when Paul checks out the deity, death, resurrection; when he went to Jerusalem twice, checked out with Peter, James, and John—the big four along with Paul—when those four, “and they added nothing to me” and “they gave Barnabas and me the right hand of fellowship,” that shows they’re all on the same page. And most importantly 1 Corinthians 15:11, “Whether you ask them or whether you ask me, we’re all preaching the same message,” that’s the most important one.

So even if someone said, “I just did my PhD dissertation, and that creed is probably five years after that, still early,” I’d say that’s not the important thing. The important thing is how old is the material? And when you get the material back to the original apostles, that came from the earliest time. Paul tells us he interviewed them personally. Now we have a tight argument. So, I would do it in reverse order: we know he got the content, and we think the creed is that early. So that’s the way I would say it—a one-two punch for that creed being early.