What is Biblical Prophecy? | Part 2 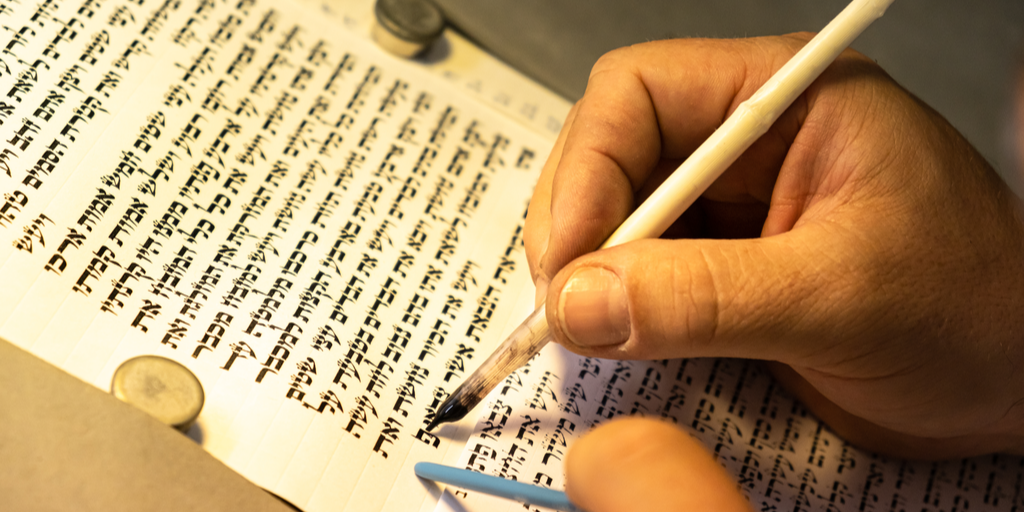 Catch up on Part 1 here

Why the Subject of Biblical Prophecy is Important

Much of the Bible is devoted to prediction. Nothing God has yet done for us can compare with all that is written in the sure word of prophecy. (A. W. Tozer)[2]

Is the subject and study of biblical prophecy really that vital?

What is Biblical Prophecy?

Many people today, even some Christians, think that the study of prophecy is of little or no relevance. Some further claim there are so many differing views on the subject that it’s difficult to know what to believe. Others argue biblical prophecy deals with general or obscure predictions that could mean anything to anyone. Thus, rather than consider prophecy of spiritual or apologetic value (apologetics involves the defense of the Christian faith), such individuals consider it more of a nuisance.

But we disagree. Prophecy is vital because prophecy is God speaking to man in the Bible. Who can logically argue that what God says is unimportant?

Anyone who seriously begins to study the biblical prophecies will find that, first, the subject of prophecy is not something that is rare or occasional to the pages of Scripture. There are over 600 direct references in the Bible to “prophecy” and “prophets.”[3] Significantly, approximately 27% (!) of the entire Bible contains prophetic material, some of which has already come true and some which remains to be fulfilled. Only 4 of the 66 books of the Bible are without prophecy—Ruth, Song of Solomon, Philemon, and 3 John.[4] Even the shortest book of the Bible mentions prophecy (Jude 14, 17-18):

We also have the prophetic message as something completely reliable, and you will do well to pay attention to it, as to a light shining in a dark place,… Above all, you must understand that no prophecy of Scripture came about by the prophet’s own interpretation of things. For prophecy never had its origin in the human will, but prophets, though human, spoke from God as they were carried along by the Holy Spirit. (2 Peter 1:19-21, emphasis added)

The apostle Paul taught, “All Scripture is God-breathed and is useful for teaching, rebuking, correcting and training in righteousness, so that the servant of God may be thoroughly equipped for every good work” (2 Timothy 3:16-17, emphasis added). If all Scripture is inspired by God and useful, then this must also refer to all prophecy, for it, too, is Scripture. God Himself, therefore, teaches that the study of prophecy is useful for teaching, for training in righteousness and, as we shall see, for much more.

Third, prophecy is important because in Matthew 24 our Lord Jesus Christ Himself encouraged the study of prophecy.

On one particular occasion Jesus was asked a question about the future by His disciples: “‘Tell us,’ they said, ‘when will this happen, and what will be the sign of your coming and of the end of the age?’” (Matthew 24:3).[7]

This is a question on future events and the end of the world if there ever was one. His answer clearly reveals what Jesus thinks about the subject of prophecy.

Did Jesus inform His disciples the issue was irrelevant? Did He say the subject dealt with predictions so obscure that they were useless? Did He report that there were so many commentators who disagreed over the issue that a discussion of it was futile? No. Instead, He answered their question directly and in detail, supplying a great deal of information about future events—including those that would immediately precede His personal physical return to the earth from heaven (see Matthew 24).[8]

To realize the importance Jesus placed on prophecy, one only need read some of His statements in Mark 13:

In fact, Jesus never chided His disciples for seeking to be informed on prophecy, but He did scold them for ignoring it: “How foolish you are, and how slow to believe all that the prophets have spoken!” (Luke 24:25).[10]

Jesus taught that Old Testament predictions concerning Himself were of crucial importance.[11] He said, “This is what I told you while I was still with you: Everything must be fulfilled that is written about me in the Law of Moses, the Prophets and the Psalms” (Luke 24:44, cf. v. 27; Matthew 5:17; John 5:39).

Here and elsewhere, Jesus taught that the entire Hebrew Bible was about Him—that 39 separate books written by 30 different authors over a period of 1,100 years (from 1,500 BC to 400 BC) predicted the events of His life in particular detail.

This is why Christian scholars have recognized that the entire Bible is Christological: “Jesus Christ remains the heart of prophecy.”[12] In a fascinating study, Christ: The Theme of the Bible, Dr. Norman Geisler concludes that Christ is everywhere present in all 66 books of the Bible, even though 39 were written before He lived.

Christ fulfills literally dozens of Old Testament types, pre-figures, and prophecies, from the Priesthoods and Tabernacle to Levitical feasts and offerings, from Messianic principles and pictures, even to the complex structural architecture of the Bible itself.[13] Throughout its pages, “Christ is seen as the implicit or underlying theme of all of Scripture.”[14] Indeed, in every book of the Bible Christ is seen.[15]

For example, in another book Dr. Geisler summarizes his discussion showing how Christ is seen in each of the 66 books of the Bible:

No Christian maintains that Messianic prophecy concerning Jesus is unimportant. It cuts to the core of who He is and why He came. But we must also remember that Messianic prophecy is equally concerned with Christ’s Second Advent and the events surrounding it as much as it is with His First Advent. The Bible verses speaking of events in the last days (eschatology) are important for all.

The fourth reason prophecy is important is seen in its great evidential or apologetic value in confirming the divine inspiration of the Bible. There are many convincing reasons for believing that the Bible is God’s Word to us (see John 17:17). We have given some of these in our books, Ready with an Answer and The Case for Jesus the Messiah: Incredible Prophecies That Prove God Exists.[17]

Prophecy is perhaps the single most credible proof that the Bible really is God’s Word to mankind. Many religious scriptures claim to be a revelation from God, but only the Bible offers definite proof in detailed, predictive prophecy. Prophecy proves that the Bible is divinely inspired because only God could predict the future in such specific detail again and again, century after century. Again, there are only four books in the Bible that do not contain some prophecy.

Few people appreciate the magnitude of the fact that 27% of the Bible was prophetic when first written. If the Bible is not God’s Word, this provides an astoundingly large margin for error. 27% of the Bible is 8,352 verses, and all it takes is one false prophecy to discredit the claim that the Bible is God’s inerrant Word to us.

[7] Jesus had just finished His own startling prediction that Herod’s magnificent temple would be completely destroyed. It was unthinkable that this should ever happen, but Jesus foretold its destruction to the unpredictable extent that “not one stone here will be left on another.” This prophecy was literally fulfilled in 70 AD during Titus’ overthrow of Jerusalem in a most unusual manner. The heat of the flames of war melted the temple gold so that it ran between the stone crevices, forcing the Romans to tear every stone apart to recover the precious metal:

“The temple itself—though Titus actually tried to preserve it against being destroyed—was nevertheless put to fire. Its vast treasures were plundered, and as much as possible of the gold sheeting which covered the walls and doors and columns was removed by the soldiers. However, the heat of the fire was so intense that much of the gold was melted and ran between the stones of the building, which had been laid without mortar. For the next twenty-five years or more, men continued to pry these stones apart, one by one, to obtain the gold which they knew had run between them. And thus it came about the Lord’s words were exactly fulfilled: ‘There shall not be left here one stone upon another.’ (Matt. 24:2).” (Arthur Custance, “Some Striking Fulfillment of Prophecy” in Hidden Things of God’s Revelation (Grand Rapids, MI: Zondervan, 1977), p. 135.)

[9] Some skeptics may assume that Jesus was only a man and so His words were devoid of divine authority. But Jesus Himself repeatedly emphasized that “whatever I say is just what the Father [God] has told me to say” (John 12:50). Further, Jesus proved His claim to deity (John 1:1, 14; 5:17-18, 21-23; 8:58; 10:30; 14:9) by resurrecting Himself from the dead, something accomplished by no other man in human history (see John 2:19-22). (John Ankerberg, John Weldon, Do the Resurrection Accounts Conflict And What Proof Is There That Jesus Christ Rose From The Dead? (Chattanooga, TN: Ankerberg Theological Research Institute, 1990).)

Christ even commanded believers to understand and to keep the words of prophecy. These commands were given or implied not once, but several times in the New Testament. For example, in Matthew 24 Jesus speaks of the “abomination of desolation which was spoken of through the prophet Daniel,” and he specifically instructs, “Let the reader understand,” clearly indicating His desire to “let the reader understand” the prophecy of Daniel concerning the last days and its significance to them personally.

Jesus prophesied of the end time, “For then there will be great distress, unequaled from the beginning of the world until now—and never to be equaled again. If those days had not been cut short, no one would survive, but for the sake of the elect those days will be shortened” (Matthew 24:21-22). Can any believer logically maintain that being informed about those days is insignificant, especially if they may be approaching (see v. 20)?

[17] A. J. Arberry, The Koran Interpreted (NY: MacMillian, 1976). Even the archaeological accuracy of the Scriptures is difficult to explain if the Bible was only written by erring men. For example, “over 25,000 sites from the biblical world have been confirmed” by modern archaeological discoveries. (Geisler, Christ: The Theme of the Bible, p. 29n.) As the famous archaeologist Nelson Glueck once observed, “As a matter of fact… it may be stated categorically that no archaeological discovery has ever controverted a Biblical reference. Scores of archaeological discoveries have been made which confirm in clear outline or in exact detail historical statements in the Bible. And, by the same token, proper evaluation of Biblical descriptions has often lead to amazing discoveries. They form tesserae [i.e., tessellate] in the vast mosaic of the Bible’s almost incredibly correct historical memory.” (Nelson Glueck, Rivers in the Desert (New York: Farrar, Strauss & Cudahy, 1959), p. 31.)