Angels: What Do They Know? 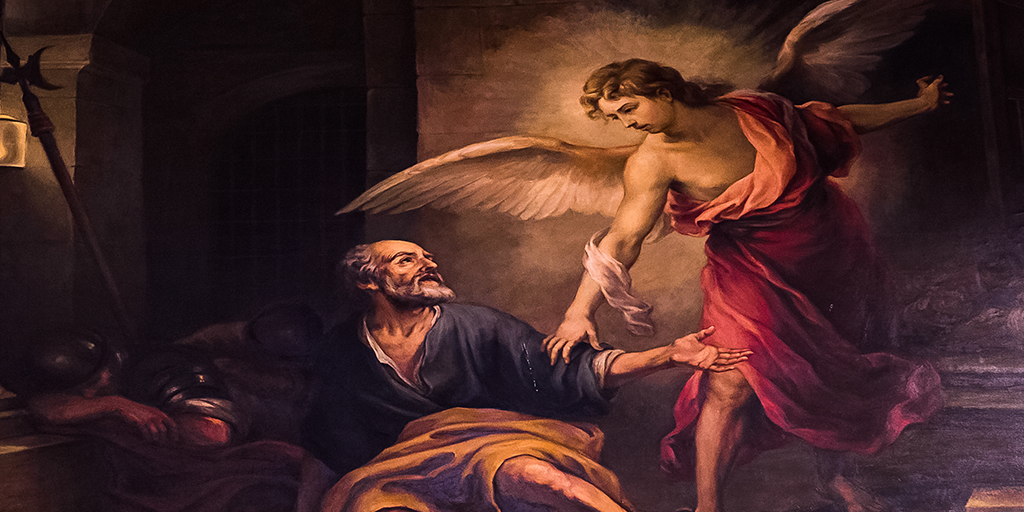 Many years ago, I shared a house for a time with my youngest brother and sister. During that time my brother got a job with a local company that manufactured children’s clothing. Within weeks, my sister and I noticed an odd consequence of Tim’s job. When we were in a store going past racks of clothing, Tim would go over, carefully examine a piece of clothing, and start telling us all about the warp and the weft. Yes, warp and weft. Go ahead. I’ll wait while you look them up. Fascinating stuff, right? Well, not exactly. My sister and I really had no interest in warp and weft. The information did not change the way we looked at clothing in the future. But I suppose Tim did open our eyes to the fact there was more to clothing than color, style, and so on. Angels: What Do They Know?

What’s the point? It would be hard to imagine the Christmas story without angels. They appeared and spoke with all the key characters, giving messages of peace, warning of danger, declaring the good news, and introducing Jesus, “because he will save his people from their sins” (Matthew 1:21).

But now look at 1 Peter 1:10, 12: “Concerning this salvation, the prophets, who spoke of the grace that was to come to you, searched intently and with the greatest care,… Even angels long to look into these things” (emphasis added).

What is so fascinating to the angels about our salvation? Let’s start by remembering that the Christmas story is only a small part of the story of our redemption. That story began far before the world was even formed (1 Peter 1:19-20). The angels blocked reentry to Eden after Adam’s sin. They observed as blood was placed on the doorposts of the Israelites homes to spare the lives of their firstborn. Angel representatives (cherubim) were placed on either side of the mercy seat where they would observe as the blood of sacrifices was offered to God as an atonement for the sins of His people (Lev. 16:14). Angels announced the coming of the Messiah, attended His birth, protected and ministered to Him through His lifetime, and announced His resurrection.

So, you might say that angels are very familiar with the warp and weft of salvation: they know exactly what goes into our redemption. But they don’t “get it.” They will never understand the forgiveness of sins. They will never experience calling God their “Father.” They will never wear the “robe of righteousness” God has promised to His redeemed ones: “For he has clothed me with garments of salvation and arrayed me in a robe of his righteousness” (Isaiah 61:10).  They will never understand, on a deeply personal level, the reality of John 3:16 (NLT): “For this is how God loved the world: He gave his one and only Son, so that everyone who believes in him will not perish but have eternal life.”

Why is it important for us to remember that, especially as we go into this season where we will celebrate God’s gift to us? Dr. Jack Graham suggests our proper response, our God-given assignment, is to share the Good News:

“Angels can only admire what God has done in saving us and giving eternal life to all who believe. It is true, therefore, that God has commissioned people, not angels, to take the good news to the ends of the earth. God could have written his message in the sky, or delivered it through a majestic angel, but he chose us. We are the ones called to proclaim his amazing grace. We must never expect an angel to do what God has told us to do.”

“The Savior—yes, the Messiah, the Lord—has been born today in Bethlehem, the city of David!” (Luke 2:11 NLT) – An angel of the Lord“Go into all the world and preach the good news to everyone” (Mark 16:15 NLT) – Jesus