Matthew, the Magi, and the Majesty of Jesus 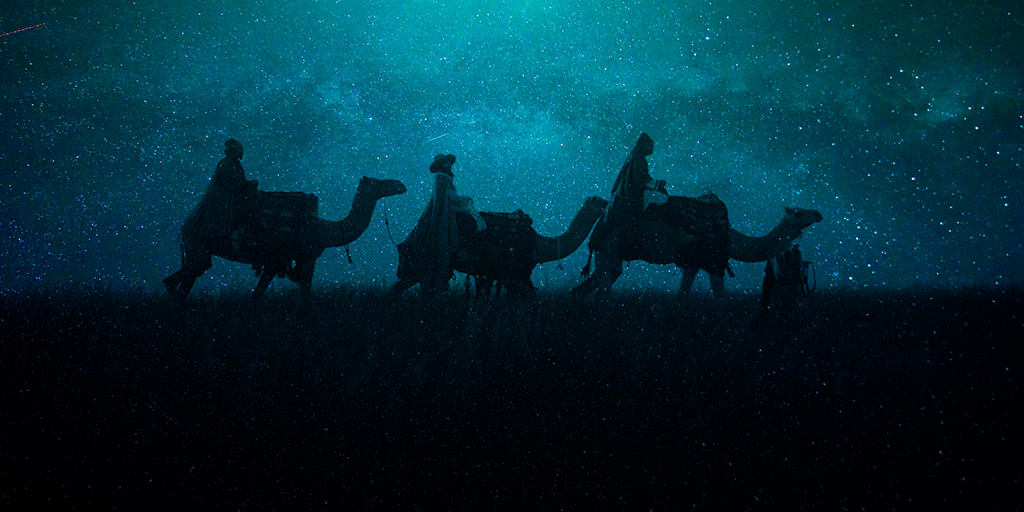 The magi (sometimes referred to as the “wise men” or the “three kings”) are a mysterious bunch. Although we are not given many details about them, Matthew (the only biblical author to mention them) does have much to show us through their journey to Christ. Here are four themes for us to reflect upon as we prepare our hearts for Christmas.

God delights in drawing even the most unlikely people to Himself.

Our familiar association of the magi with Christmas likely causes us to miss how bizarre their appearance in Matthew 2 must have been. While we do not know a lot about them, most consider the magi to be pagan diviners known for pronouncing the rise and fall of kings through their practice of astrology and dream interpretation. Although it is not surprising to find king-pronouncers on the scene, it is surprising to find ones who do so through the idolatrous practice of astrology.[1]

The title “magi” is only mentioned a few other places in the Bible. All of them are negative. For example, they appear in the book of Daniel as the group which the Babylonian king summons to recall and interpret his prophetic dreams. Their inability to do so is used to emphasize the futility of their pagan practices and the powerlessness of their gods. [2]

In the New Testament, the only other mention of a “magi” occurs in Acts 13 with Elymas. Here the term for magi is typically translated as “sorcerer” and is paralleled with being a “false prophet.”[3] We see that Paul, full of the Holy Spirit, had some forceful words to tell Elymas the magi, “You are a child of the devil and an enemy of everything that is right! You are full of all kinds of deceit and trickery. Will you never stop perverting the right ways of the Lord?” (Acts 13:10; NIV).

And yet here in Matthew 2, we find God opening the eyes of these distant, pagan idolators to behold Jesus’ glory. As in many places of Scripture, we see here again how God loves to draw even the most unlikely people to Himself.

This is the good news of Christmas! Regardless of who you are or what you have done, God invites you this Christmas to come to Jesus and receive Him as your Savior and King.

Christmas is about the coming a new King.

The Magi remind us that Christmas is not only about a baby; it is about the coming of a new King—the long-awaited King of kings who has come to rescue His people and usher in God’s kingdom on earth.

This is what motivates the magi’s pursuit of Jesus as seen in their first and only recorded words: “Where is He who has been born King of the Jews? For we saw His star when it rose; and have come to worship Him” (Matthew 2:2; ESV). It is also what moves the magi to present Jesus with gifts fit for a king.[4]

However, we also see in Matthew 2 that not everyone wants a new king. For some, such as Herod, Jesus’ Kingship is nothing but a threat to their own rule. Yet as hard as Herod tries, he cannot hold back the rise of this new King and the dawning of a new kingdom.  His murderous pursuit of Jesus only further affirms that Jesus is God’s anointed King as foretold in Scripture long ago.[5]

By focusing on the opposing reactions of the magi and Herod, Matthew presents each of us with the same question as well: How will you respond to Jesus’s Kingship this Christmas? Will you treat it as a threat to your control? Or will you lay yourself before Him as the true King?

Jesus is worthy of our pursuit and worship.

The magi don’t just see the rising star and then continue on with life as normal. They embark on a long, arduous journey, probably traveling around 1,000 miles, to find and worship Jesus as King.[6] They set out not even knowing His exact location. All they seem to know is that He is a King worth finding—a King who is worthy of their worship and treasures from afar.

Their eagerness to find this King of the Jews is set in stark contrast to the apathy of Jerusalem’s religious elite. It is absolutely shocking that the chief priests and experts in the law don’t even walk less than six miles to honor their long-awaited King. Even after the excitement of the magi’s arrival and informing them where their Messiah was to be born, none of them set out on the mere half-day journey. They are content having the answers without experiencing reality.

As shocking as this is, it can be all too common in our lives as well. The magi offer us a fresh reminder this Christmas that Jesus is worthy of our extravagant pursuit. He is worthy of our worship and worthy of our gifts. This makes us ask ourselves: am I living in pursuit of worshiping Jesus this Christmas, or have I grown content recalling the story of Christmas without truly enjoying its reality?

The pursuit of Jesus is the way to exceeding joy.

Lastly, the magi help us see that there is exceeding joy to be had in the pursuit of Jesus. Look at how Matthew struggles to express the sheer magnitude of their joy when he writes, “they rejoiced exceedingly with great joy” (Matthew 2:10; NASB). It seems Matthew tries to pack in every word he can to convey just how exuberant their joy was.

But joy is not the only emotion Matthew mentions. He also notes the anxiety and trouble that consumed those who sought to maintain life as they knew it apart from Jesus. He writes, “When Herod the king heard this [that the promised King of the Jews had been born], he was troubled, and all Jerusalem with him” (Matthew 2:3; NASB). Although we are often tempted to think that pursuing our own ends is the way to joy and peace, we discover time and again that nothing could be further from the truth.

In all of this, Matthew shows us that our pursuit of Jesus will greatly affect our joy this Christmas. Let us ask ourselves this: Am I pursuing Jesus as my greatest source of joy, or am I anxiously trying to secure joy in other things? As we follow the magi in their journey to Christ, we see that their way is marked by grace, surrender, pursuit, and joy. May these mark your journey to Christ this Christmas.

[1] Oddly enough, God even partially draws the magi to Jesus through signs which would have coincided with their idolatrous practices (by showing them “a rising star”) and warns them not to return to Herod through revelatory dreams. However, it is worth noting as well that God uses these signs only to draw the magi to His people who then share with them His Word. These two additional components play an essential role in them ultimately finding Christ.

[2] Interestingly, after Daniel successfully interprets the king’s dream, he is put in charge over the magi.  Some wonder if Daniel may have informed them concerning his later visions of things like the divine the Son of Man and His coming world-wide kingdom. However, many generations since then have passed and Matthew presents the magi coming to Jerusalem unaware of the Jewish Scriptures and needing direction from them.

[3] Versions of the same root word are also used of Simon the sorcerer in Acts 8:4-25. They too are translated with phrases like “one who had been a sorcerer” (v. 9) and “magic” (v. 11). Like Paul with Elymas, Peter has forceful words for Simon: “You can have no part in this, for your heart is not right with God. Repent of your wickedness and pray to the Lord. Perhaps he will forgive your evil thoughts, for I can see that you are full of bitter jealousy and are held captive by sin” (Acts 8:21-23).

[4] Some suggest the magi’s gifts may have even been fit for deity by noting a recorded instance of the Syrians worshiping a god through the offering of these gifts.  However, most interpret the gold to be a sign of Jesus’ kingship, the frankincense (used for incense) to signify Jesus’ deity or role as priest, and the myrrh as a foretelling of Jesus’ sacrifice on the cross (as John 19:39 tells of Jesus’ crucified body being anointed with 75 pounds of myrrh and aloes before his burial).

[5] If you would like to learn more about this, I highly recommend David Instone-Brewer’s article titled, “Balaam-Laban as the key to the Old Testament Quotations in Matthew 2.” You can access it for free at http://legacy.tyndale.cam.ac.uk/Tyndale/staff/Instone-Brewer/prepub/Balaam%20and%20the%20OT%20in%20Mt.2.pdf.

Instone-Brewer explains how the events in Matthew 2 link to Balaam’s messianic prophesy in Numbers 24. Along with this, He outlines how Matthew’s original readers would have connected his Old Testament quotations to an interpretive tradition surrounding Balaam and the Messiah that was prominent around the first century. I have found his article to be one of the most helpful ones for understanding this account in Matthew 2.

[6] As a point of reference, it took Ezra and His caravan four months to traverse the 900 miles between Babylon and Jerusalem (Ezra 7:9). This merely provides a general estimate as we do not know the city from which the magi originated.  Furthermore, since Ezra’s group included both the young and elderly, it is likely they needed to travel at a slower pace than the magi.