Anna: Witness to the Messiah 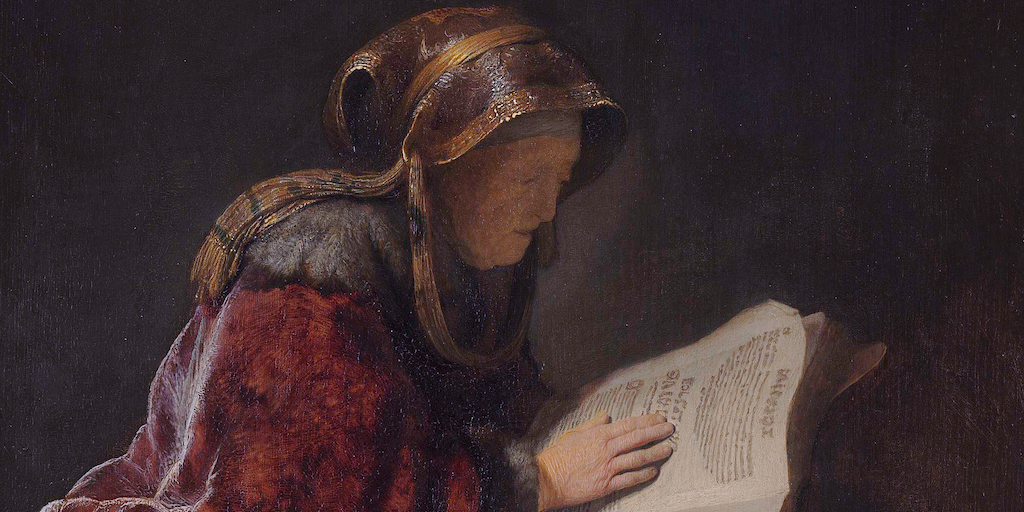 When Joseph and Mary brought their infant son Jesus to the temple eight days after His birth, they were greeted by two people about whom we know very little—other than the fact that they were at the temple.

“There was also a prophet, Anna, the daughter of Penuel, of the tribe of Asher. She was very old; she had lived with her husband seven years after her marriage, and then was a widow until she was eighty-four. She never left the temple but worshiped night and day, fasting and praying. Coming up to them at that very moment, she gave thanks to God and spoke about the child to all who were looking forward to the redemption of Jerusalem.” (Luke 2:36-38)

Here’s what we know about her. She was married for only seven years before her husband died. Scholars are not certain if she had been widowed for 84 years, or if she was 84 years old when Jesus was born. The Greek text can be interpreted either way. In any case, she is now an old woman,[1] from the tribe of Asher. Alfred Edersheim says that Anna was

“a widow whose early desolateness had been followed by a long life of solitary mourning; one of those in whose home the tribal genealogy had been preserved. We infer from this, and from the fact that it was that of a tribe which had not returned to Palestine, that hers was a family of some distinction. Curiously enough, the tribe of Asher alone is celebrated in tradition for the beauty of its women, and their fitness to be wedded to High-Priest or King.”[2]

We cannot say that she actually lived at the temple, “women would not normally live on temple grounds.”[3] But she would spend a good part of every day, perhaps all of her waking hours, at the temple in fasting and prayer.

We know that the focus of her fasting and prayer was the redemption of Jerusalem. Edersheim explains, “These many years she had spent in the Sanctuary, and spent in fasting and prayer—yet not of that self-righteous, self-satisfied kind which was of the essence of popular religion…. Nor yet were ‘fasting and prayer’ to her the all-in-all of religion, sufficient in themselves; sufficient also before God. Deepest in her soul was longing waiting for the ‘redemption’ promised, and now surely nigh.”[4]

This redemption had been promised to Israel by Old Testament prophets:

And now, at last, when hope must surely have dimmed, Anna is given the privilege of seeing the Messiah, the one of whom Isaiah said,

“For a child will be born for us, a son will be given to us, and the government will be on His shoulders. He will be named Wonderful Counselor, Mighty God, Eternal Father, Prince of Peace. The dominion will be vast, and its prosperity will never end. He will reign on the throne of David and over his kingdom, to establish and sustain it with justice and righteousness from now on and forever. The zeal of the Lord of Armies will accomplish this.” (Isaiah 9:6-7 CSB)

[1] Some suggest she could have been about 105 years old: married at about 14, which would have been normal for her time; married for 7 years before her husband died; 84 years a widow=105 years.