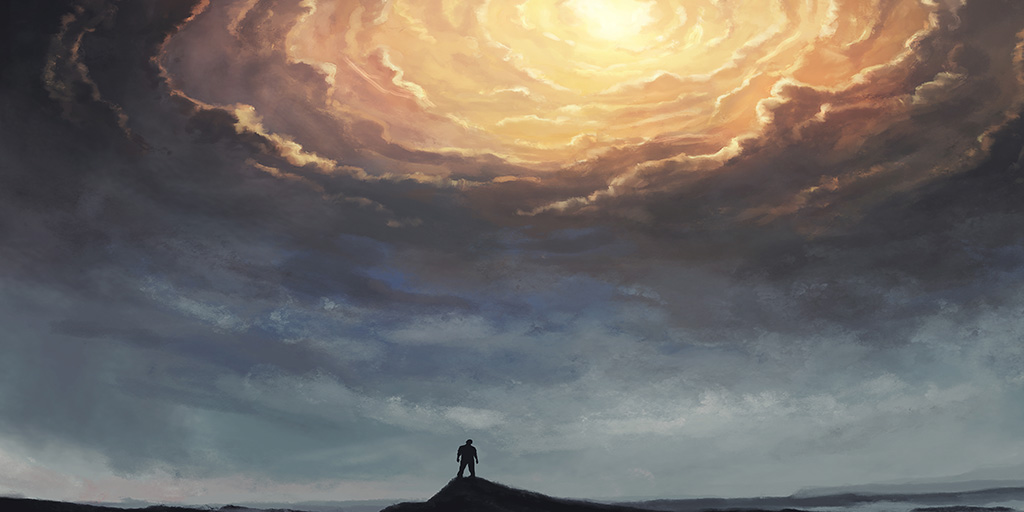 How does a Christian go about assessing personal visits to Heaven in media reports? A personal visit to heaven has become one of the hottest-selling topics in nonfiction today. Don Piper’s 90 Minutes in Heaven, Todd Burpo, and Lynn Vincent’s Heaven Is for Real: A Little Boy’s Astounding Story of His Trip to Heaven and Back, and Mary Neal’s To Heaven and Back: A Doctor’s Extraordinary Account of Her Death, Heaven, Angels, and Life Again all come to mind. Such books regularly find themselves on the New York Times bestseller list.

What are we to make of such accounts? On the one hand, the people writing such books claim to be Christians, and we therefore want to give them the benefit of the doubt regarding the truthfulness of their books. On the other hand, the Bible is our sole basis of authority—not only for our view of heaven, but for all doctrines. This means that regardless of who has written firsthand reports of what heaven is supposedly like, we must test the claims against the Bible.

First, most people say that no words can describe the near-death experience. Human language is insufficient to depict what occurred. Second, individuals typically report hearing themselves pronounced dead by medical personnel. To the doctors and nurses present, death seemed real because the heart and breathing had stopped, and the person appeared to be physiologically dead. But such individuals nevertheless claim to have heard themselves pronounced dead.

Fifth, people often feel they are being pulled through a dark passageway or tunnel, usually while hearing the noise described above. Sixth, people typically say that they depart from their physical bodies and observe themselves lying on the operating table, while doctors and nurses attempt resuscitation or pronounce death. Seventh, those who have these experiences often claim that spiritual entities were present to help them through the experience. Sometimes these spiritual entities are loved ones who have already passed away.

Eighth, one of the most common characteristics of the near-death experience is encountering a being of light. Even though the light emanating from this being is brilliant, it does not hurt the eyes. This being also seems to emanate love and warmth. He communicates not with words but through thoughts. Often the communications deal with the meaning of life. Ninth, sometimes individuals in a near-death experience come upon an instant moment in which they witness a vivid review of their entire life. This life-review is said to provoke in them a recognition of the importance of loving other people. The review ends up helping them to understand the true meaning of life.

Tenth, individuals in a near-death experience often come upon an obstruction that prevents them from going any further in their journey or actually reaching the being of light. Sometimes this border is described as a fence, a door, or a body of water. Eleventh, because of the incredible feelings of peace and tranquility, and because of the love and warmth emanating from the being of light, many individuals in a near-death experience want to stay in the presence of the being of light and not come back. They nevertheless return because they are told they haven’t finished their tasks on the earth. Other people say they felt obliged to return (without being asked) to complete unfinished tasks on the earth. The “return trip” is said to be instantaneous, back through the dark tunnel.

Thirteenth, many researchers claim that people who go through a near-death experience typically end up having a more loving attitude toward other people, a greater zeal for living, and a belief that they have a better understanding of the meaning of life. Fourteenth, most people who go through a near-death experience say they no longer fear death. But neither do they seek it. They typically come to view death as a simple transition to another form of life. They do not fear any judgment or punishment in the next life.

A fifteenth and final characteristic of the near-death experience is that the individual is later able to corroborate specific events—for example, in the hospital operating room—that would have been impossible for him to know about unless he had been consciously observing things.

Most people experience just some of these characteristics. No two stories are identical. How many elements a person experiences seems to relate to how deep and how long he or she was apparently “dead.” It should also be noted that people often experience the above characteristics in varying order.

Medical doctors sometimes suggest these experiences might be explained as a result of a lack of oxygen to the brain. This is known as hypoxia. It is argued that this lack of oxygen to the brain accounts for sensations like going through a tunnel and seeing a bright light. The problem with this view, however, is that medical tests have not shown that people who have gone through near-death experiences have less oxygen in their blood gases than other people.

Others have suggested that near-death experiences can be explained as a deeply embedded memory of the birth experience—especially as related to going through a dark tunnel and then seeing a bright light. The late astronomer and scientist Carl Sagan held to this view.[i]

Critics respond by noting that a memory of birth would be traumatic, not pleasant (like most near-death experiences). Further, in the birth experience the baby’s face is pressed against the birth canal, conflicting with the rapid transit of going through a dark tunnel. Also, critics argue that the baby’s brain is not developed enough to retain such memories.

Still others suggest that near-death experiences can be explained in terms of trauma to the brain. It is suggested that severe psychological stress—such as that associated with the process of dying—may trigger the release of certain chemicals in the brain that could induce various experiences. Some also suggest the possibility that pain medications (or other types of medication) that the dying typically receive may account for some of these strange experiences.

Some of the theories mentioned above fail to explain some of the details of the typical near-death experience. For example, these theories cannot explain how people who were brain dead at the time are later able to describe in vivid detail the attempts of medical personnel to resuscitate them, as well as things going on in different rooms in the hospital.

Rawlings was once testing a patient on a treadmill when his patient suddenly went into cardiac arrest. Rawlings and his nurse immediately sought to revive the man by massaging his heart and doing CPR. The patient passed in and out of consciousness. Each time he revived, he screamed, “I am in hell!” He pleaded with Rawlings not to let him slip back into unconsciousness.[iii]

The patient lapsed into unconsciousness again. When he revived, he said, “Don’t you understand? I am in hell. Each time you quit [the CPR] I go back to hell! Don’t let me go back to hell!” The man asked how to stay out of hell. Rawlings told the man what he remembered from Sunday school, and led the man in a simple prayer. The man’s condition stabilized, and he was taken to a hospital.

A few days later, Rawlings questioned the man about his experience and found that he had forgotten it. Rawlings thinks the experience was so unnerving to him that he repressed it. Even so, the man became a committed Christian and a regular churchgoer after his experience of hell.[iv]