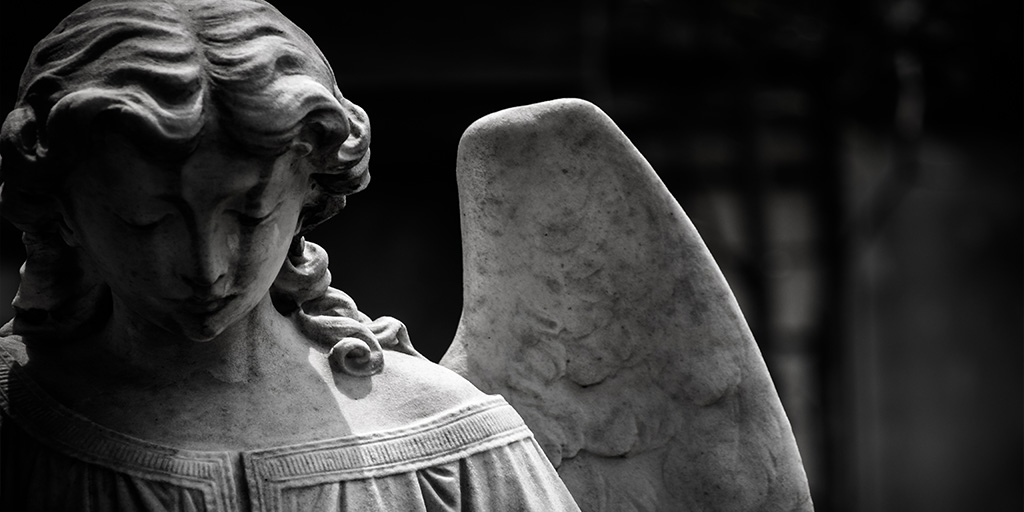 In what follows I will first summarize problems with typical near-death experiences (NDEs). I will then discuss the possibility of legitimate NDEs. The goal will be to separate fact from fiction.

A Preliminary Observation: These Are Not Final Deaths

We begin with the recognition that while these experiences are “near-death” experiences, they are not once-for-all, completely-and-finally-dead experiences. As one Christian apologist notes, we may learn as little about death from near-death experiences as we learn about Denver from reports by someone who has never actually been to Denver but has been “near” the city. In both cases (Denver and death), more reliable “maps” are available. In the case of death and the afterlife, the only truly reliable map we have is Scripture.[i] In what follows, my assessment of NDEs will center on God’s Word.

Things “Which Man May Not Utter”

Sometime during his ministry, the apostle Paul was caught up to heaven. While there, “he heard things that cannot be told, which man may not utter” (2 Corinthians 12:4). The question that naturally comes to mind is this: If the apostle Paul was forbidden to describe what he heard in heaven and was instructed that “no man” may utter these things, why is it that so many modern writers are allowed to write about what they have heard in heaven? This question is especially relevant considering that these modern writers are not apostles, as Paul was.

It may be that earthly minds are simply incapable of fully comprehending heavenly realities. In John 3:12 Jesus Himself stated, “If I have told you earthly things and you do not believe, how can you believe if I tell you heavenly things?”

I am reminded that Paul emphasized that “no eye has seen, nor ear heard, nor the heart of man imagined, what God has prepared for those who love him” (1 Corinthians 2:9). If we are to trust all the modern visit-to-heaven testimonials, then 1 Corinthians 2:9 is seemingly less relevant today than it once was since so many “eyes have seen” and “ears have heard” all about the wonder of heaven and the afterlife. We are no longer left to merely “imagine” what it will be like. Of course, for those of us who do not trust all the details of modern visit-to-heaven testimonials, the verse retains full relevance.

Contradictory “Revelations” About the Afterlife

My goal is not to go on a witch hunt to purposefully undermine recent Christian books about visits to heaven. However, inasmuch as the Bible is our sole authority on matters of faith and practice, we must always be like the Bereans and test all spiritual claims against Scripture (Acts 17:11; see also 1 Thessalonians 5:21).

With this in mind, consider that Don Piper’s book 90 Minutes in Heaven describes the physical attributes of his deceased grandfather Joe Kulbeth—including his “white hair” and “big banana nose.” A number of visit-to-heaven books provide details on the physical characteristics of those they encountered. Biblically, however, when believers die their spirits depart the body and go to heaven (2 Corinthians 5:8; Philippians 1:21-23; Revelation 6:9-10). Departed believers are disembodied spirits and will not receive physical resurrection bodies until the future day of the rapture (1 Thessalonians 4:13-17).

Piper also claims there is constant music in heaven, like thousands of songs all at once that somehow blend into a perfect, glorious symphony. Moreover, in his book he said he did not see God in heaven. But in the years since, while speaking in churches, he has stated that he saw God. What are we to make of such contradictions?

In Todd Burpo and Lynn Vincent’s Heaven Is for Real, we find that Christians who die and go to heaven have wings and a halo. God is also described as a “very big person.” The book also states that “as Jesus gave up His spirit (on the cross)… God the Father turned his back. I am convinced that he did that because if he had kept on watching, he couldn’t have gone through with it.”[ii]

The Scriptures give a different perspective:

• The idea that the Father had to turn his back on His Son’s suffering, or else He might not have been able to go through with it, makes God’s plan of salvation seem tenuous and liable to collapse. By contrast, Scripture portrays human salvation as an outworking of God’s unbending and absolute sovereign decree (see Isaiah 46:10; Acts 2:23; 1 Corinthians 15:23-28; Ephesians 1:11; 1 Peter 1:20). There was nothing tenuous about it.

I could point to other theologically problematic issues related to some of these recent books, but in the interest of grace and charity, I will decline. I urge you, however, to test all things against Scripture when reading experiential accounts of heaven (see Acts 17:11; 1 Thessalonians 5:21). Scripture will keep you on the right track (Psalm 119:105; 2 Timothy 3:15-17).

Are Near-Death Experiences in the Bible?

Through the years, a number of people have claimed that Scripture includes reports of near-death experiences. Acts 9:3-6 is often cited as an example:

Now as he [Saul] went on his way, he approached Damascus, and suddenly a light from heaven shone around him. And falling to the ground he heard a voice saying to him, “Saul, Saul, why are you persecuting me?” And he said, “Who are you, Lord?” And he said, “I am Jesus, whom you are persecuting. But rise and enter the city, and you will be told what you are to do.”

Sometime later, Saul became a Christian, and his name was changed to Paul. He eventually had a discussion with King Agrippa in which he alluded to this same experience (Acts 26:12-18).

A number of points argue against the idea that Paul had a near-death experience in this passage:

1. Paul was obviously quite alive on “the ground” and was instructed to “enter the city.” Death is nowhere in the context. It was while he was on the ground that he engaged in a verbal discussion with the risen Lord. By no stretch of the imagination can this be called a near-death experience. Such a view would entail eisogesis (reading a meaning into the text of Scripture) as opposed to exegesis (deriving the meaning from the text of Scripture).

2. The light literally blinded Paul (Acts 9:8). In the history of near-death experiences, no one has claimed to be literally blinded. Modern books about heavenly visits mention a bright light that does not hurt the eyes.

3. In his later discussion with King Agrippa, Paul never mentioned anything remotely resembling a near-death experience. Paul did not visit heaven but rather (again) described himself as consciously being on “the ground” (Acts 26:14). Paul described his experience as a “vision,” not as a disembodied visit to heaven (26:19).

4. In modern visit-to-heaven books, the gospel is conspicuously absent, sin is downplayed, and universalism is emphasized—‘everybody goes to heaven regardless of what they believe.’ Contrary to this, in Paul’s vision Jesus commissioned him to evangelize so that people may receive forgiveness of sins by faith in Jesus and thereby escape the fires of hell.

Only one conclusion is possible. This passage does not describe a near-death experience.

False Doctrines from a “Being of Light”

In near-death experiences, people typically encounter a being of light believed to be Jesus. This “Jesus” more often than not says things contrary to what the Christ of the Bible says. The “Christ” of many NDEs says:

• There is no hell to worry about.

• All people are welcome in heaven regardless of whether they have placed faith in Christ.

• All religions are equally valid.

• There is only unconditional love and the universal acceptance of all people in heaven.

Scripture, however, affirms that Jesus is the same yesterday, today, and forever (Hebrews 13:8), and He would never say such things. For example, contrary to the idea that all religions are valid paths to God, the biblical Jesus affirmed: “I am the way, and the truth, and the life. No one comes to the Father except through me” (John 14:6, emphasis added). Contrary to the idea that there is no hell to worry about, the biblical Jesus taught us more about the reality of hell as a fiery place of punishment than any other person in the Bible (see, for example, Matthew 5:22; 10:28; 13:50; 25:41,46; Mark 9:43-48).

Contrary to the idea that sin is not a problem, the biblical Jesus paints a bleaker picture of human sin than any other person in the Bible. He taught that sin is real and that it alienates humanity from God. Jesus taught that since the Fall, all men and women are evil (Matthew 12:34) and are capable of great wickedness (Mark 7:20-23). Moreover, He said that human beings are utterly lost (Luke 19:10), that they are sinners (Luke 15:10), that they are in need of repentance before a holy God (Mark 1:15), and that they need to be born again (John 3:3,5,7).

Jesus often spoke of sin in metaphors that illustrate the havoc sin can wreak in a person’s life. He described sin as blindness (Matthew 23:16-26), sickness (Matthew 9:12), being enslaved in bondage (John 8:34), and living in darkness (John 12:35-46). Moreover, Jesus taught that this is a universal condition and that all people are guilty before God (Romans 3:10-11).

Jesus also taught that both inner thoughts and external acts render a person guilty before God (Matthew 5:28). He taught that from within the human heart come evil thoughts, sexual immorality, theft, murder, adultery, greed, malice, deceit, envy, slander, arrogance, and folly (Mark 7:21-23). He also affirmed that God is fully aware of every person’s sins, both external acts and inner thoughts; nothing escapes His notice (John 4:17-19).

In view of such Scriptural facts, I have no alternative but to conclude that many of the people who have had near-death experiences have been seduced by doctrines of demons (1 Timothy 4:1). They have encountered a bogus “angel of light” masquerading as a counterfeit Christ (see 2 Corinthians 11:14-15; compare with John 8:44). This counterfeit Christ preaches a demon-inspired counterfeit gospel, and this feel-good, universalist, counterfeit gospel invariably gives one a false sense of security—making a person feel like he or she will one day return to heaven following death, when, in fact, that person has never trusted in Christ for the forgiveness of sins! Oh, the deception!

[ii] Todd Burpo and Lynn Vincent, Heaven Is for Real: A Little Boy’s Astounding Story of His Trip to Heaven and Back (Nashville: Thomas Nelson, 2010), p. 149.