The Apostles’ Creed: Did Jesus Descend into Hell? 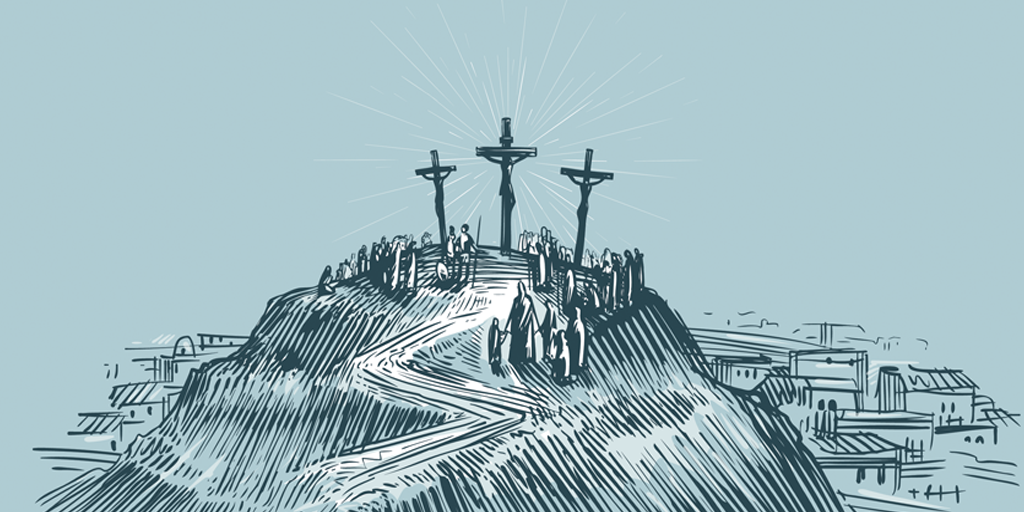 Did Jesus Descend into Hell?

The Apostles’ Creed is one of the church’s oldest and most widely affirmed creeds outside of Scripture. That is, with the exception of one line: “He [Jesus] descended into hell.” Below are four reasons why many Evangelicals prefer to omit this phrase.

Reason 1: It is not original.

This phrase is not found in any of the early recordings of the creed. It is not until AD 650 that the phrase was added to make the assertion that Jesus subsequently descended into hell after His death on the cross.[1]

Reason 2: It is not biblical.

There is no biblical passage which clearly teaches that Jesus descended into hell. The handful of passages which are often used to affirm this are at best dependent upon highly debated interpretations. Here is a quick look at two of the most prominent passages.

1 Peter 3:18-20 –Over the years, many explanations have been proposed for this confusing passage. Some of these include accounts of Christ descending into hell after His death. However, many find the following explanation to best explain the details of this passage and connect it to its surrounding context: “When Noah was building the ark, Christ ‘in spirit’ was in Noah preaching repentance and righteousness through him to unbelievers who were on earth then but are now ‘spirits in prison’ (people in hell).”[3]

Along with Christ’s decent into hell lacking clear affirmation in Scripture, there are some passages which affirm just the opposite.

John 19:30 – Jesus’ declaration, “It is finished,” strongly implies that Jesus’ suffering for sin was completed on the cross. God’s wrath had been appeased and there was no further payment to be made by a subsequent decent into hell.

Luke 23:43 – Thus, Jesus can say to the thief on the cross, “Truly I tell you, today you will be with me in paradise.” Jesus’s words indicate that He would go straight to the Father, not down into hell.

Historically, the phrase has been largely accepted in the Protestant church, but it is typically qualified with a significantly different meaning. Many find these various explanations to be too far removed from the creed’s actual wording.

-For example, John Calvin accepts the phrase, but takes it to mean that Christ suffered the punishment of hell while He was on the cross. [4] He does not affirm that Jesus subsequently descended into hell after His death.

-The Westminster Larger Catechism generalizes the phrase to mean that Christ merely remained in a state of death until His resurrection. [5]

A number of Evangelicals question if the phrase, “He descended into hell,” adequately represents these alternative explanations.

Reason 4: It is not essential. The Apostles’ Creed serves to affirm the core truths of the Christian faith. Christ’s decent into hell is not one of these. Its scriptural support is weak, if not explicitly denied altogether. Because of this, it lacks unanimous acceptance in the church. Furthermore, softening the wording to refer to “the grave,” “the dead,” or “Hades” adds nothing new to the creed which already affirms Christ’s death and burial.

Wrap Up on Did Jesus Descend into Hell

These considerations have led many evangelicals, like Wayne Grudem, to conclude, “It [the phrase, ‘He descended into hell’] is at best confusing and in most cases misleading for modern Christians. My own judgment is that there would be all gain and no loss if it were dropped from the Creed once for all.”[6]

[1] Rufinus gives one previous mention of this phrase in AD 390. However, Rufinus clarifies that the phrase is to be equated with Christ’s burial (“He descended to the grave”) and not with a subsequent decent into hell. He omits the phrase altogether when he cites the creed elsewhere.

[2] H. Bietenhard reports, “In modern exposition the reference of this passage to the descensus ad inferos (‘he descended into hell’ in the Apostles’ Creed) is almost without exception rejected” (New International Dictionary of New Testament Theology, 2. 210).

[3] This summary comes from Wayne Grudem. If you are interested in exploring this passage further, I highly recommend his article, “Christ Preaching through Noah: 1 Peter 3:19-20 in the Light of Dominant Themes in Jewish Literature.” You can access it for free at:

[4] You can read Calvin’s engagement with this topic here: https://reformed.org/master/index.html?mainframe=/documents/Christ_in_hell/index.html

[5] This explanation is given under Question 50 of the Westminster Larger Catechism. You can access it here:

[6] This article is much indebted to the insights of Wayne Grudem. For a more in-depth examination, I highly recommend Grudem’s article from which this quotation is taken: “He Did Not Descend into Hell: A Plea for Following Scripture Instead of the Apostles’ Creed.” You can access it for free here: