What is the Apostles’ Creed? 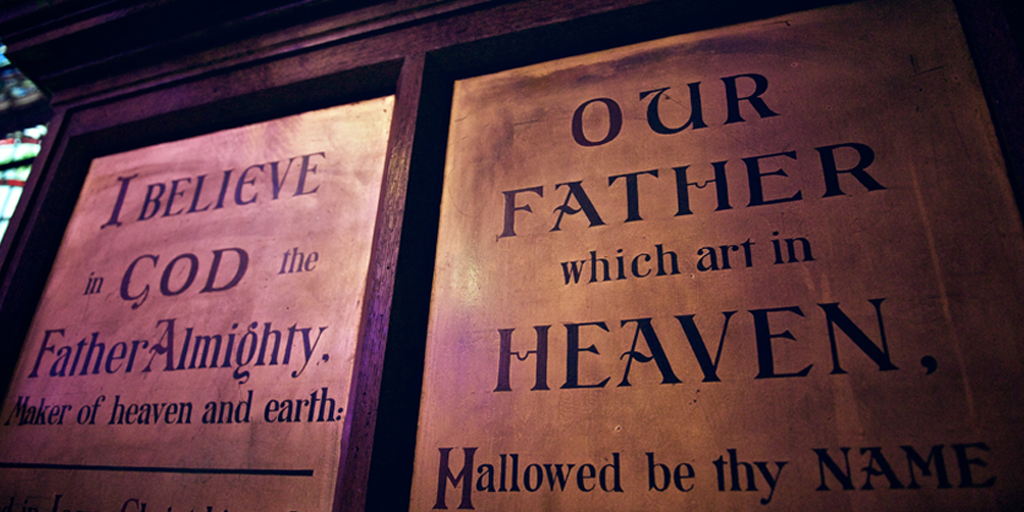 What is the Apostles’ Creed?

For almost two millennia, the Apostles’ Creed has been the heartfelt declaration of the church. Centered upon God, grounded in history, and filled with hope, the creed succinctly expresses the core beliefs of Christianity. It is one of the church’s oldest and most widely recited creeds.

Unlike other creeds, the Apostles’ Creed was not written and affirmed by a single council. Rather, it developed gradually from about AD 200 to 750 into the form we have today. It expands upon the Old Roman Creed which was originally formulated for new believers to learn the faith and then declare it as their own upon baptism.

The creed is called the “Apostles’ Creed” since it serves as a summary of the apostles’ core teaching recorded in the New Testament. In the fourth century, a popular story began to circulate that each of the twelve apostles contributed one of the creed’s twelve statements of faith. This story, however, is widely rejected by scholars today. Ancient manuscripts show that the creed did not emerge in its completed form, but rather gradually expanded over centuries.

In general, creeds serve to clarify and guard the core truths of Scripture. Their purpose is not to replace Scripture, but to summarize how Scripture is rightfully understood. Some have illustrated it like this: If the Bible is like the sun, creeds are like the moon. Their light and authority originate not in themselves, but to the extent in which they reflect that of the sun. While Scripture alone is authoritative, creeds are meant to reflect and clarify the church’s interpretation of it.

But, creeds do more than simply clarify truth; they also proclaim belief in and allegiance to that truth. After all, the Apostles’ Creed opens with the assertion: “I believe.” Matt Chandler calls the creed, “the Christian’s pledge of allegiance.” He notes, “When the early church recited the Apostles’ Creed, it was simultaneously their greatest act of rebellion and their greatest act of allegiance.”[1] By professing Jesus as their Lord, the early church stood against the surrounding call to proclaim Caesar as lord. Tony Reinke calls professing the creed “an always-relevant act of cultural mutiny.”[2] He challenges believers not to let their familiarity with the creed’s ancient lines numb them to the audaciousness of its claims.

While the mention of “the holy catholic Church” is sometimes confusing to evangelicals, it need not trouble them. The term “catholic” is not a reference to the Roman Catholic Church but rather the church as a whole. It is derived from the original Greek and Latin words, katholikós/catholicam, meaning “according to the whole.”  It is a concept all the reformers affirmed and the protestant church heartily upholds today. Nevertheless, because of the possibility of confusion, some churches prefer to replace it with the expression, “the holy Christian church.”

However, amidst the creed’s wide acceptance, there is one line which has generated considerable discussion and is omitted by some evangelicals: “He [Jesus] descended into hell.” If you are interested in learning more about this discussion, you can check out this article which briefly explains why some evangelicals omit this phrase.

Overall, the Apostles’ Creed is an ancient profession of the church’s core beliefs. In it, we personally affirm what the church has proclaimed for almost two millennia: God is all powerful and deeply personal; He alone is Creator, Redeemer, Lord, and Judge; Jesus has worked decisively in history to accomplish our salvation; through all this, God is forming for Himself a holy people filled with His Holy Spirit; one day they will be raised bodily to enjoy eternal fellowship with Him. These affirmations serve to guard our thinking in order to guide our allegiance. They break us out of the cultural narratives of our day and unite us with God’s people throughout history who also proclaimed “the faith that was once for all entrusted to God’s holy people” (Jude 1:3).

I believe in God, the Father Almighty,

Maker of heaven and earth.

And in Jesus Christ, His only Son, our Lord;

Who was conceived by the Holy Spirit,

Born of the Virgin Mary;

was crucified, dead and buried;

He descended into hell;

The third day He rose from the dead;

He ascended into heaven;

and sits at the right hand of God the Father Almighty;

From thence He shall come to judge the living and the dead.

I believe in the Holy Spirit;

the communion of saints;

the forgiveness of sins;

the resurrection of the body;

and the life everlasting. Amen.