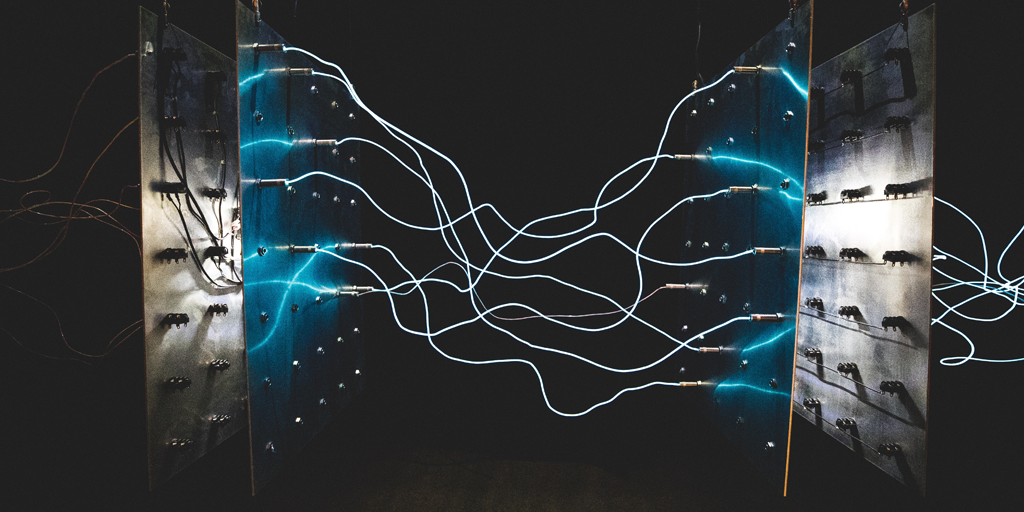 “Energy Types” could be a chapter heading in a physics textbook. Those who believe in the Creation event of Genesis 1:1 rest in the assurance that “In the Beginning, God created “The heavens and the earth.” Simply translated, that means “God created ALL things.” Heavens and the Earth includes not only the matter (mass) of the physical creation, but also the dimensions of energy, time, and space. Energy may be discussed as a topic by itself. On a deeper level scientists pose the relationship between energy and mass, known as mass/energy equivalence. On a simpler level we may isolate the topic of energy and consider types of energy and transitions between types of energy. Most texts identify up to a dozen types of energy including chemical, nuclear, mechanical, electrical, thermal, radiant, sound, and elastic. We’ll discuss two of the most important types of energy.

Differences between chemical energy and nuclear energy provide a discussion take-off point. Chemical energy is stored in the configurations of electrons bound to atoms of chemical elements and compounds. By far, chemical energy reactions are the most common. We are reminded of our high school chemistry courses. When the bonds of electron configurations in the atoms or molecules are broken, the energy stored in the bonds is released. Burning of fossil fuels releases this energy to accomplish work such as moving an automobile forward or the production of heat and light. Elements such as carbon and hydrogen combine with oxygen to form carbon dioxide and water, respectively. An automobile burning gasoline acquires kinetic energy—the energy of motion, along with heat of combustion and perhaps a little light. Fossil fuels provide chemical energy stored and later released when burned. In modern times fossil fuels account for 80% of our energy needs.

In contrast with chemical energy, nuclear energy is produced by the interactions of particles such as neutrons with the nucleus of the atom. Stored energy within the nucleus is far stronger than ordinary chemical forces. Therefore, the release of energy is also much stronger—as much as millions of times stronger. A subatomic particle called the neutron, originally discovered in 1932 by James Chadwick, is aimed at uranium nuclei. The nuclei of two new elements are formed when the uranium atom splits and neutrons are released. These additional neutrons collide with other uranium atoms and cause them to split. The process is called fission. In a nuclear bomb this chain reaction is very rapid and powerful. After the destructive bombs were produced to end World War II, many scientists researched more controlled chain reactions to produce useful energy. Nuclear reactors are water cooled. Control rods prevent dangerously rapid out-of-control fission in nuclear reactors.

World energy use since humanity first inhabited our planet has dramatically changed. During the Neolithic Age, also known as the Age of Agriculture beginning about 10,000 years BC, humanity utilized primarily animal and human energy power and the use of biofuel, the burning of wood, for cooking and warmth. It is fascinating to speculate on what life was like for our human forebears. In the days of prehistory before the time of Abraham and the Biblical chronicle of the Chosen People, the Creator interacted with humanity in a manner largely unknown, mysterious, and foreign to modern man. In Romans 1:20, the Apostle Paul refers to events “since the creation of the world.” The gospel writer states that “(God’s) eternal power and divine nature have been clearly seen, being understood through what has been made, so that they are without excuse.” This passage likely refers to prehistoric humans who experienced God through the creation—through “what has been made.” Early man “did not honor Him as God or give thanks, but they became futile in their speculations, and their foolish heart was darkened.” (NAS Bible)

Perhaps if they had honored God or given thanks to their Creator, deeper Creation mysteries would have been revealed to them long before. Understanding the characteristics of our created cosmos involves not only a description of visible matter, but also the dimensions of “mass/energy equivalence,” and the dimensions of the “time/space continuum.” Modern scientists have researched and reported on the relationships of the multiple dimensions of mass/energy/time/and space. The more they discover about these relationships, the more coherent the created universe appears and the more our universe appears to be intelligently designed for the benefit of humanity.

Our contemporary use of fossil fuels, nuclear fuels, bio-fuels, hydro-fuels, and renewable fuels would be foreign to fully human residents of ancient, prehistoric times. In our time, fossil fuels account for 80% of our modern energy needs; 10% of our needs are supplied by biofuels, 5% by nuclear, and 5% by renewables. Electrical generation is produced 67% by fossil fuels, hydropower supplies 16%, nuclear energy 11%, and renewables 6%. Discovery and use of the full spectrum of energy resources is a phenomenon of the mysterious flow of human history and its progress.

Modern science has clarified many mysteries of mass, energy, time, and space and their interconnections. However, modern scientific naturalism does not acknowledge and explain these interrelationships as the production of a divine Mind. From a theological perspective the “reality of Creation” includes the profound truths of the mass/energy equivalence and time/space continuum. Many applications and benefits of this reality have been and are yet to be discovered.