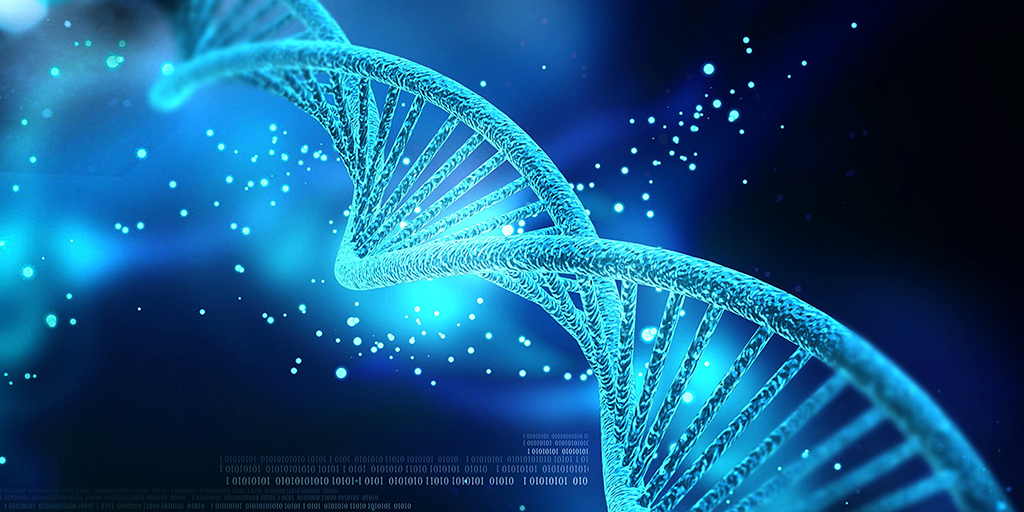 The DNA code, discovered during the lifetimes of millions of people alive today, provides instructions for simple atoms and molecules of matter to form and assemble themselves into many thousands of proteins. In our early grades, we learned that proteins are the building blocks of life. As young people we neither understood how proteins were assembled from atoms and molecules nor did we understand the process of thousands of proteins assembling themselves into life forms. We took the statement “proteins are the building blocks of life” on simple, child-like faith. But the statement was true!

DNA is the first term in a famous fundamental biological principle: DNA —> RNA —> Protein. DNA, therefore, is the key factor in understanding proteins as the building blocks of life. Most articles on DNA propose that proteins carry the genetic instructions for organisms to develop, grow, function, and reproduce. In the sense that enzymes and hormones are also considered proteins, this statement is true. In the past several decades, a new term has entered our lexicon—epigenetics. This involves heritable changes in gene function that do not involve changes in the DNA sequence. Epigenetics, therefore, takes us far beyond the reality that proteins are the “building blocks of life.” This statement helps us envision the example of physical building blocks at a construction site ready to be assembled into a finished building.

As we contemplate the elements of reproduction, growth, development, and function of a living human (or even any living creature), we realize our life science instruction in early grades or even in high school barely scratched the surface of knowledge of life processes we are gaining today. “Proteins are the building blocks of life” was true but not deeply explanatory. The molecular structure of DNA was revealed in 1953. The genetic code contained in DNA was announced in 1966. Our knowledge of molecular life processes has expanded and continues to expand dramatically.

Among laypersons epigenetics may not be a familiar concept. In terms of the formation of multiple thousands of proteins functioning as building blocks of the body, we have also recently gained knowledge of how hundreds of bodily actions are initiated, controlled, and directed. Epigenetic processes are initiated primarily by DNA methylation, the addition of a methyl (CH3) molecular group to the cytosine base in the DNA molecule. Histone modification is also a process of methylation. At the risk of being frivolous, we might overcome our fear of this chemically technical explanation by a kitchen analogy: A skillful kitchen chef blends just the right quantities of ingredients to his gourmet dishes and prepares them in precisely the correct way and at the proper time.

There are many favorable outcomes of naturally occurring DNA methylation. It has an important role in early embryonic development. Well-publicized phenomena are gene regulation and gene expression—appropriately fixing genes in the “on” or “off” position. Proper cellular differentiation is of greatest importance. Remember that embryonic stem cells are pluripotent, capable of developing into any type of cell. Beneficial heritable gene expression does not depend on the genetic nucleotide sequence. In our previous post (2/21/18), the title “Life’s Developmental Miracle” seems an appropriate descriptor of the processes we describe.

Without appropriate DNA methylation humans and animals may not manifest their familiar desirable phenotypes—observable physical characteristics. Even though DNA’s genetic coding provides thousands of protein building blocks for life forms, epigenetics tells us that building blocks must be properly assembled using the right tools in the correct way and at the correct time. Understanding the topic of epigenetics is not without challenge. Abnormal methylation is known to cause adverse effects. For example, diseases such as cancer and cardiovascular conditions are worrisome and tragic. Epigenetic processes either benefit or harm living things and may occur either naturally or by the deliberate actions of humans. They are a double-edged sword. Some harmful effects are drugs, pesticides, excessive use of alcohol, tobacco, stress, or even starvation. These cause deleterious effects to the present generation and are sometimes inherited by several generations to follow. With modern medical discoveries also comes the hopeful prospect of medical remediation.

Scripture passages such as Exodus 20:5, Exodus 34:6-7, Numbers 14:18, and Deuteronomy 5:8-10 could be relevant given our modern understanding of epigenetics. In addition to the theological concept of man’s inherited spiritual deficiency we may better understand the nature of inherited physical illness and frailty. These passages have seemed somewhat troubling but in the light of modern epigenetic knowledge we may gain insight. The statement that God “punishes the children for the sin of the fathers to the third and fourth generation” is a difficult concept. On the other hand, Scripture is filled with many exhortations for righteous living and healthy lifestyles.

The principle of life’s supernatural design is affirmed as humanity has uncovered secrets of the incredibly complex and beautiful DNA code for the production of protein building blocks of living things. To this genetic knowledge we have now added the wonders of epigenetics. Both genetic and epigenetic processes are heritable. They are divine gifts from our Creator, the author of life.