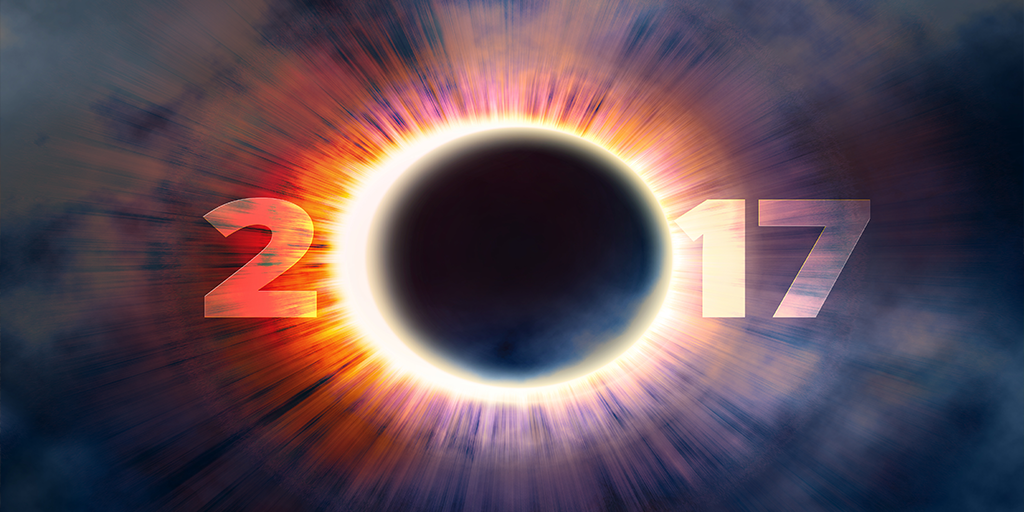 Eclipses are rather common in planetary systems with moons. Our Solar System has several intriguing planets with moon systems. Earth possesses perhaps the most fascinating satellite—one unusually large moon. Among planet/moon systems, it is an anomaly. It is the largest moon in the Solar System relative to the size of its planet. It is just over one fourth the diameter of Earth and about 1/80 the mass of Earth.

Multiple factors affect the frequency of both types of eclipses. The orbits of both the Moon and the Earth are elliptical, not perfect circles. Consequently, distances from the body around which they revolve are constantly changing, along with their orbital configurations, speeds, and apparent sizes. In turn, eclipse frequency, type of eclipse, duration, and other factors are impacted in numerous ways. We marvel at the skill of modern mathematicians who are able to predict future astronomical events accurately to fractions of a second years in advance, taking into account all the known motions of planets and their satellites. Even before the wonders of modern computing, the achievement of ancient mathematicians was astonishing. Encyclopedia Britannica claims “…the successful prediction of eclipses constitutes one of the earliest achievements of the scientific investigation of nature.”

The August 21, 2017 total solar eclipse is exceptional for United States residents. The shadow of the Moon crossing the entire US mainland has not occurred since 1918. A total eclipse of the Moon is many thousands of times more common than a total eclipse of the Sun at any Earth location. Total lunar eclipses occur about once per year and are generally visible to residents on half of the Earth’s surface. In sharp contrast, a total solar eclipse is visible at any given location on Earth only once in 300-400 years on average. Only people within a very narrow band of Earth’s surface are able to view it because by the time it reaches Earth’s surface the moon’s umbra (total shadow) is exceedingly tiny in relation to the size of the planetary sphere. On August 21, 2017 the shadow racing across the US is only about 70 miles wide. The shadow crosses the lower 48 states from the coast of Oregon to the coast of South Carolina in 91 minutes at an average speed of 1691 mph. At no point in this shadow will the spectacular totality last longer than 2 minutes 41 seconds. At the outer edge of the shadow the time of totality diminishes. Twelve million US residents live within this strip. On that day many additional millions who reside outside the path of totality may opt to journey up to a day’s automobile ride in order to view the spectacle. If they remain outside the narrow strip of total darkness they will observe a partial solar eclipse—a much more common event. All US residents located outside the narrow strip on August 21 will observe various degrees of partiality but they miss the “main event.”

Syzygy is an interesting term, not only because of its meaning, but also because of its unique spelling. All of these eclipse phenomena occur because of the alignment of three bodies in space: the Sun, the Earth, and the Moon. Now and again, these three bodies experience syzygy, a colinear configuration. In short, these bodies are directly in line. They are, therefore, joined together to produce an event of emotional and spiritual impact.

A popular animated NASA graphic shows the tiny shadow of the earth like a small dot (the umbra) zooming west to east across the entire United States along with the very wide path of partiality (the penumbra) encompassing all 50 states. Viewers of the partial solar eclipse are unable to see the sun’s corona, Baily’s beads, or the diamond ring effect. Partial eclipse viewers do not observe a dark, star-filled sky at mid-day, birds singing their evening sunset song, or their morning songs a few minutes later. These events call attention to the glory of the Creator. Total eclipse events “move us deeply and existentially.” We are able to appreciate where we are in the Solar System.