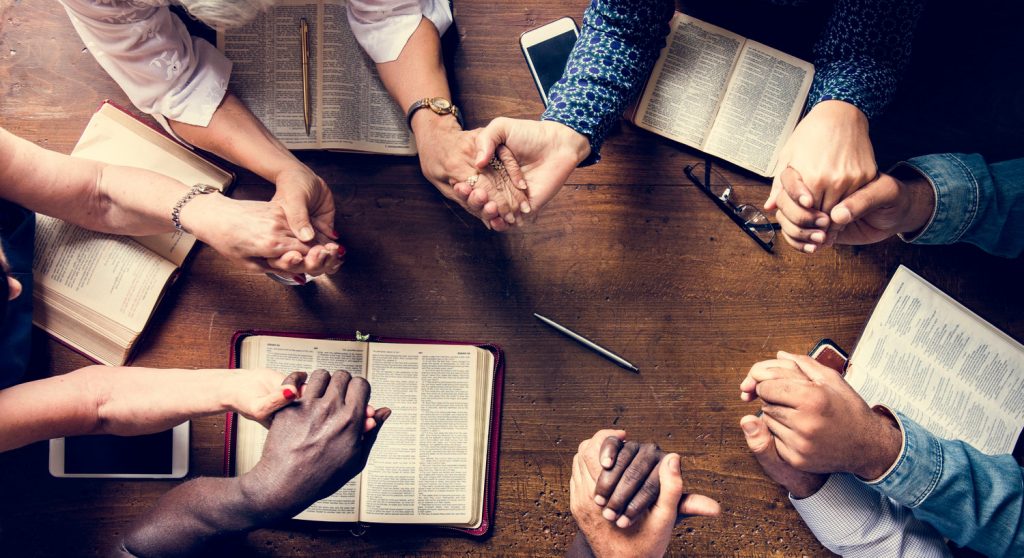 The first and short answer to the title question is no. In fact, the Bible tells us that God loves us (1 John 4:19). More on that later. But I’m guessing that even in human terms, we don’t say we “love” something that we are indifferent toward, right? (Okay, I’m thinking in terms of we “love” a spouse, a child, a favorite vacation spot,… Anchovies? Maybe not so much!)

But what about all the times things come into our lives that contradict the notion of a loving God—things like COVID, earthquakes, floods, the death of a child. Surely that’s proof God doesn’t love us, or even care about us in even a minor way, right?

Sorry, I’m going to go there—Let’s use Job as our example. Remember, Job lost everything—all his animals, all his crops, all his children, and then his health. Finally, when he had lost everything, his friends declared he was suffering as a result of his own sins, and then his wife suggested that he “curse God and die” (Job 2:9). What did he have left to lose?

Well, he could have lost his faith, but he didn’t! Instead he said, “Though he slay me, yet will I trust him” (Job 13:15). Job clung tenaciously to the only thing that in the end really mattered—his faithful God.

Notice: I didn’t say he clung to his faith in God, but rather to his faithful God. There’s a huge difference there. In fact, one of my favorite New Testament verses promises that “even if we are faithless,” even if we lose our faith, “He remains faithful, for he cannot deny himself” (2 Timothy 2:13). It doesn’t depend on our faith, or lack thereof.

Back to Job. Surely all of his troubles proved that God had deserted him, right? No. There’s an intriguing section in Job chapter 1 that tells of Satan coming before God. God is bragging about Job, and Satan responds that if God would take away everything Job had, that he would indeed curse God. So God basically says, “Go ahead. Try it.” But then He sets limits—this far and no farther. We know the story. Job is stripped of every worldly possession. He is stripped of his family and even his friends. But through all that Job refused to curse God.

We may not fully understand why God permits things like this to happen—to Job or to us—until we get to heaven. And we would be well within our human rights to conclude that God had deserted Job. But we can know with certainty that in fact God’s hand was very much on Job even as He restrained the hand of Satan.

In his new book Pandemics, Plagues and Natural Disasters, Erwin Lutzer makes the statement: “The apparent silence of God should not be interpreted as the indifference of God.”[1]

God has not deserted you. God is on His throne. At some point He will do for you what He did for Job. You may not see restoration of what you have lost in this life, but be assured that He will replace that which you have lost with that which is far greater when you reach your eternal home.

May I remind you of the sentiment with which I began this article: God is love. In fact, “God so loved the world that he gave his one and only Son, that whoever believes in him shall not perish but have eternal life” (John 3:16). In John 15:13 we are told, “Greater love has no one than this: to lay down one’s life for one’s friends.” Yet astonishingly, “God demonstrates his own love for us in this: While we were still sinners, Christ died for us” (Romans 5:8).