Is Jesus Really Coming Back Any Moment? 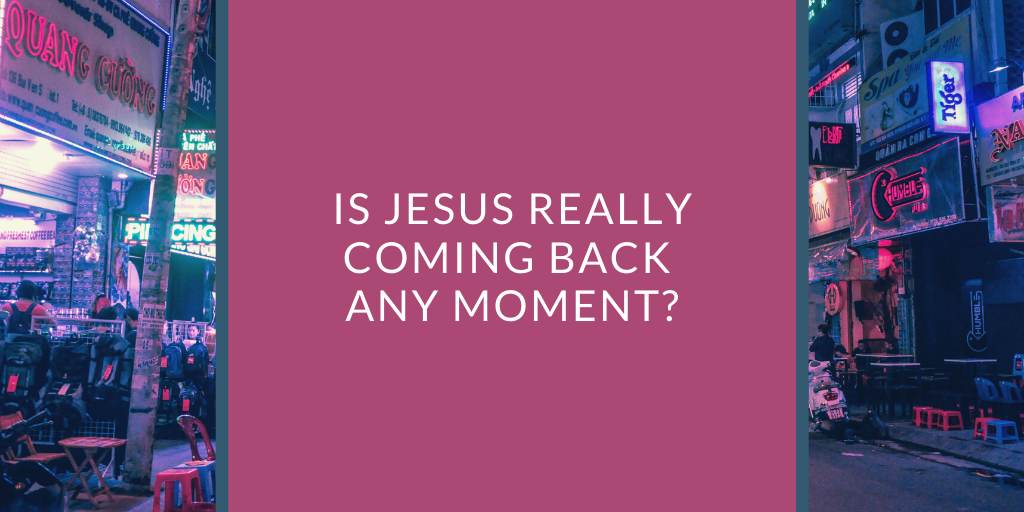 Is Jesus Really Coming Back Any Moment?

“Is Jesus really coming back at any moment?” I’ve recently heard this question on more than one occasion. The concern is not that the question arises from skeptics, but from Bible-believing Christians!

Our culture’s fixation on the here and now has tainted the church’s blessed hope in the Lord’s any-moment return. As the apostle Peter noted in the verses above, many are saying, “Where is this coming He promised?”

A related concern has also increased among today’s believers. Instead of passionately pursuing Christ because He will return at any moment, believers seem unconcerned regarding when Jesus will come. Instead of debating whether the rapture will take place before, during, or after the tribulation, people shrug their shoulders and act like it doesn’t even matter.

The biblical truth, however, is that the timing of Christ’s coming does matter. 2 Peter 3 offers the following four reasons the coming of Jesus remains vital for our lives today.

2 Peter 3:5 states, “But they deliberately forget that long ago by God’s word the heavens came into being and the earth was formed out of water and by water.” Peter reminded his readers those who scoff at Christ’s coming fail to recall that the entire universe is the result of God’s word. The same God who spoke the universe into existence promises what will take place in the future. Therefore, we should not take these words lightly!

While we may struggle to trust God’s future words with the same confidence as His past words, there is no difference. If God has predicted Christ will come again at any moment, then we can trust His words will be fulfilled.

In verses 6 and 7, Peter notes, “By these waters also the world of that time was deluged and destroyed. By the same word the present heavens and earth are reserved for fire, being kept for the day of judgment and destruction of the ungodly.” Peter progresses from creation to judgment to future judgment. Just as God revealed His power through the flood in Noah’s time, He will likewise do so at His future judgment.

Jesus predicts God’s future judgment will parallel the judgment of Noah’s time. People will largely ignore God’s predictions, yet experience His judgment in an unexpected moment.

In verses 8 and 9, Peter expresses a positive aspect of God’s delay in judgment:

But do not forget this one thing, dear friends: With the Lord a day is like a thousand years, and a thousand years are like a day. The Lord is not slow in keeping his promise, as some understand slowness. Instead he is patient with you, not wanting anyone to perish, but everyone to come to repentance.

The phrase “he is patient with you” resembles the care of a loving Father with His children. God does not desire our judgment, but offers the opportunity for “everyone” to come to repentance.

Some question what happens to those who have never heard about Jesus or who live in unreached areas. While we are commanded to take the gospel to all people (Matthew 28:18-20), God also offers the opportunity to repent to everyone. As Romans 1 demonstrates, every person has the general revelation of a creation that points toward a Creator and the need to acknowledge Him.

Verse 13 shares, “But in keeping with his promise we are looking forward to a new heaven and a new earth, where righteousness dwells.” God’s judgment is only one aspect of His future plans. He also has a new heaven and new earth in store for His people.

Verses 11 and 12 note these teachings should cause us “to live holy and godly lives as you look forward to the day of God and speed its coming.” We are to believe in Christ and live completely devoted to Him as we eagerly await His return.

When we recognize the ways Christ’s coming at the rapture fulfills God’s promises, reveals His power, demonstrates His patience, and anticipates His power, we can better understand the importance of Bible prophecy today. We study Bible prophecy not only to know God’s future, but also to live God’s principles in our lives as we long for His return.