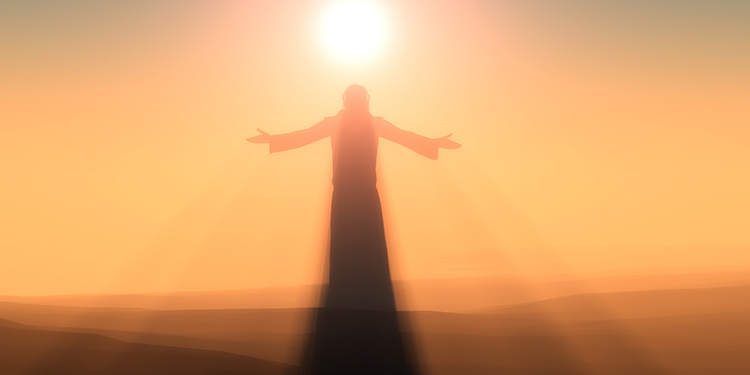 In Matthew 16, Jesus asked his disciples, “Who do people say the Son of Man (referring to himself) is?” They responded with several ideas they had heard: that Jesus was really John the Baptist, or perhaps Elijah, or Jeremiah or one of the other prophets from Old Testament times. But then Jesus asked (in verse 15), “Who do you say that I am?” and Peter answered, “You are the Messiah, the Son of the living God.” And indeed, he is. Many times throughout the Bible Jesus is called the Son of God. But he is also more than that.

The following verses show that, not only is Jesus the Son of God, but he is God himself.

John 1:1 – “In the beginning was the Word and the Word was with God, and the Word was God.” (“Word” here refers to Jesus, as is clear from verse 14 in the same chapter: “The Word became flesh and made his dwelling among us. We have seen his glory, the glory of the one and only Son, who came from the Father, full of grace and truth.”

Titus 2:13 – “while we wait for the blessed hope—the appearing of the glory of our great God and Savior, Jesus Christ.”

1 John 5:20 – “We know also that the Son of God has come and has given us understanding, so that we may know him who is true. And we are in him who is true by being in his Son Jesus Christ. He is the true God and eternal life.”

In answer to the question, “Is Jesus God in the flesh,” the website gotquestions.org says,

Hundreds of years before the birth of Christ, the prophet Isaiah foretold the coming of God’s Son: “For to us a child is born, to us a son is given, and the government will be on his shoulders. And he will be called Wonderful Counselor, Mighty God, Everlasting Father, Prince of Peace” (Isaiah 9:6). When the angel spoke to Joseph and announced the impending birth of Jesus, he alluded to Isaiah’s prophecy: “The virgin will conceive and give birth to a son, and they will call him Immanuel (which means ‘God with us’)” (Matthew 1:23). This did not mean they were to name the baby Immanuel; it meant that “God with us” was the baby’s identity. Jesus was God coming in the flesh to dwell with man. (emphasis added)

Isn’t it amazing that God himself, our creator, would come to live among us and make a way so that we can live with him for all eternity as his sons and daughters!