Jonah in the Fish 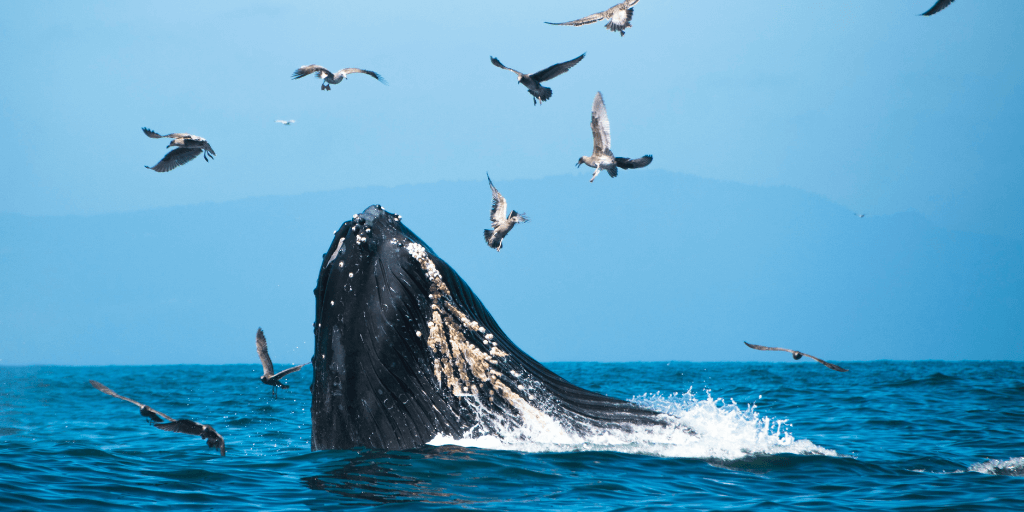 Jonah was having a really bad day. God spoke to him and told him to go to the city of Nineveh to tell them they were about to face His wrath because of their wickedness. But Jonah didn’t want to go. Later on we get the impression he wanted them to get their just punishment, since he got mad when God withheld the judgment—but that’s getting ahead of our story.

So Jonah did what any prophet should know better than to do—he headed off in the wrong direction. He boarded a boat in Joppa and sailed off toward Tarshish “to flee from the Lord” (Jonah 1:3).

But God, who already had long experience in dealing with rebellious people, sent a storm. The storm was so bad it threatened to break up the boat. It scared the sailors so badly they began praying to their gods for help. They even started to throw all the cargo overboard in an effort to save the ship.

Meanwhile, Jonah is below decks sleeping. When the captain found him, he told him to get up and pray to his god as well. They needed help from every god they could! When nothing else seemed to help, the sailors decided to cast lots to figure out who the gods were mad at. And, as we know, the lot fell on Jonah. The sailors asked him,

“Tell us, who is responsible for making all this trouble for us? What kind of work do you do? Where do you come from? What is your country? From what people are you?” He answered, “I am a Hebrew and I worship the Lord, the God of heaven, who made the sea and the dry land.” This terrified them and they asked, “What have you done?” (They knew he was running away from the Lord, because he had already told them so.) (Jonah 1:8-10)

Jonah explained that if they would throw him overboard, the storm would stop, and the sea would become calm. But the sailors kept trying to row to land, and the storm kept getting worse.

Finally, they did as Jonah had suggested, and threw him into the sea. The sea immediately became calm. “At this the men greatly feared the Lord, and they offered a sacrifice to the Lord and made vows to him” (Jonah 1:16).

Well, God did not abandon Jonah to the sea. Instead, He provided a fish big enough to swallow Jonah, and he remained in the fish for three days and three nights. That’s got to be the most unusual place imaginable to have a prayer meeting, or perhaps we should call it a “come to Jesus meeting,” but that’s what happened to Jonah. He recognized the folly of his actions and called out to God, repenting of his sinfulness in fleeing from Nineveh. It’s a great prayer, and you should take the time to read it in Jonah 2.

Finally, the fish vomited Jonah out onto dry land. Immediately God reminded him where he was to go, and what he was to do. This time he obeyed.

What can we learn from Jonah?

The first, and most obvious lesson we can learn from Jonah, is that when God calls us to do something, we need to obey. God can and will accomplish His will without us, but He has invited us to be part of His process of redeeming the world to Himself, and it’s a privilege we should not neglect.

The second thing we should bear in mind is that God will go to extraordinary lengths to get our attention. Bringing a storm? Providing a fish big enough to swallow Jonah? Having the fish regurgitate Jonah onto dry ground? These are not ordinary acts. But they are hardly beyond the power of the Creator God!

Finally, much as been made of the “three days and three nights,” and how to fit that in between Friday and Sunday, the traditional days for the crucifixion and the resurrection of Jesus. A number of possible explanations have been given to try to “fix” this seeming problem. But what we need to keep in mind is that to the Jewish way of reckoning time, “three days and three nights” does not necessarily mean a full 72-hour period of time. Rather, for the Jews, any part of a 24-hour day could stand for the whole day. In other words, Jonah could have been swallowed by the fish the first day, spent the entire second day in the fish catching up on his prayers, then be spit out by the fish sometime on the third day.

For Jesus, His death paid the penalty for our sins—the penalty we owe not just because of the sin nature we inherited from Adam, but also the penalty due to us because of our own sins. 1 Peter 2:24 tells us, “He himself bore our sins in his body on the cross, so that we might die to sins and live for righteousness; by his wounds you have been healed.”

Ultimately, Jesus spent those hours in the grave so that we could have eternal life (John 3:16) and live forever in the homes that He is preparing for us (John 14).