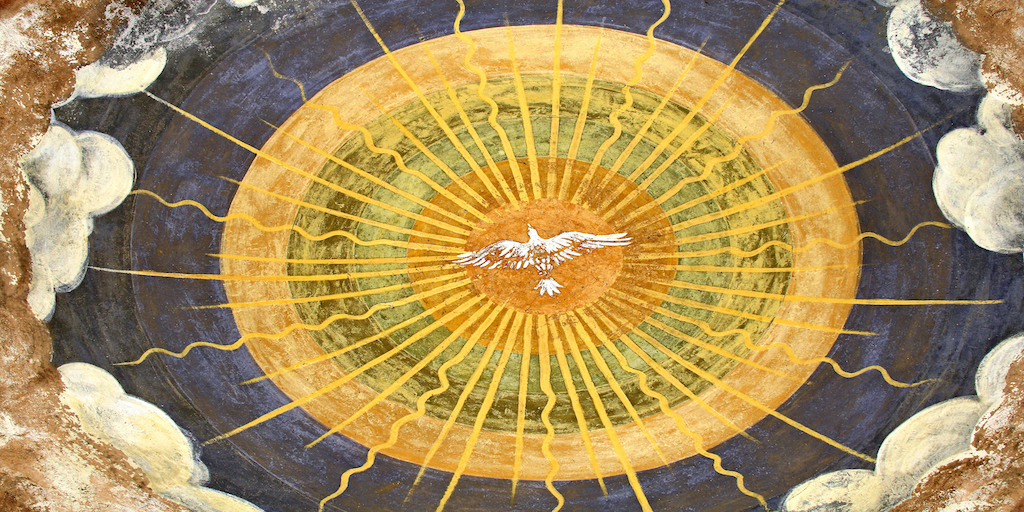 Mark Burnett and Roma Downey’s television series A.D. continued this week with episode 3 “The Spirit Arrives.” We asked for your questions. The following are brief responses to top questions.

Find video clips related to this episode and additional resources at http://www.jashow.org/ad-series.

Did Peter really have a daughter named Maya?

The Bible does not speak about Peter’s children. It is clear that Peter was married based on two other passages. First, in 1 Corinthians 9:5 Paul notes, “Do we not have the right to take along a believing wife, as do the other apostles and the brothers of the Lord and Cephas?” It appears that Peter and most if not all of the other eleven apostles were married. Peter’s wife was still alive in the 50s about 20 years following the resurrection of Jesus.

In addition, both Matthew 8:14 and Mark 1:30 mention Peter’s mother-in-law. Matthew 8:14-15 simply states, “And when Jesus entered Peter’s house, he saw his mother-in-law lying sick with a fever. He touched her hand, and the fever left her, and she rose and began to serve him.” Peter was clearly married during the time he followed Jesus, though nothing is mentioned regarding his children.

What happened to Matthias or the prayers in the Upper Room?

One thing A.D. certainly skipped in this episode was the material found in Acts 1:12-26. Two major activities took place during this time. First, the apostles selected a person to replace Judas Iscariot as one the Twelve.

Second, the text in Acts 1:14 says, “All these with one accord were devoting themselves to prayer, together with the women and Mary the mother of Jesus, and his brothers.” The group consisted of about 120 people (v. 15). Instead, A.D. portrays a brief recitation of the Lord’s Prayer by the apostles, at which point the Holy Spirit comes. In reality, 10 days extended from the Ascension to the Day of Pentecost, including a large groups of believers who regularly praying and making preparations until the arrival of the Holy Spirit.

Was the coming of the Holy Spirit at Pentecost accurately portrayed in A.D.?

Acts 2:1-4 simply states, “When the day of Pentecost arrived, they were all together in one place. And suddenly there came from heaven a sound like a mighty rushing wind, and it filled the entire house where they were sitting. And divided tongues as of fire appeared to them and rested on each one of them. And they were all filled with the Holy Spirit and began to speak in other tongues as the Spirit gave them utterance.”

In A.D., fire falls from the sky and a ring of fire surrounds those in the upper room. Though it is unclear exactly how the Holy Spirit arrived, the television episode offers an interesting interpretation that well reflects the miraculous nature of this event.

Was Cornelius really involved in the preparations to guard Pilate at Pentecost?

First, it is not known whether Pilate was ever personally involved in the Jewish Feast of Pentecost. He was a Roman, not a Jew, and likely was not involved in the event.

Second, Cornelius was only mentioned in the Bible in Acts 10. This was long after Pentecost in the city of Caesarea rather than in Jerusalem.

What was the desolation of abomination mentioned in A.D.?

Daniel mentioned the abomination of desolation in a prophecy in Daniel 9:27. It is mentioned in the New Testament in Matthew 24:15 and Mark 13:14 regarding events Jesus predicted would some day occur in Jerusalem.

In A.D., this event was associated with Pilate going to the temple. However, this is an issue debated among interpreters. Some believe this abomination was fulfilled with Antiochus Epiphanies set up an altar to Zeus in the Jewish temple in 167 B.C. Others believe this was associated with the destruction of the temple in A.D. 70. Others see this as still a future event that will take place during the Tribulation (Revelation 13:14). Still others believe in this abomination as two separate events, one fulfilled by Antiochus and one still to come in the future. However, the view that Pilate represented this abomination is not generally held by New Testament scholars. It should also be noted, though, that only some of the rebels or Zealots held this view in the episode, something that may have been true.

Were there really many people in Jerusalem at the time of Pentecost like on A.D.?

Acts 2:5-11 expresses the situation in Jerusalem during this time:
Now there were dwelling in Jerusalem Jews, devout men from every nation under heaven. And at this sound the multitude came together, and they were bewildered, because each one was hearing them speak in his own language. And they were amazed and astonished, saying, “Are not all these who are speaking Galileans? And how is it that we hear, each of us in his own native language? Parthians and Medes and Elamites and residents of Mesopotamia, Judea and Cappadocia, Pontus and Asia, Phrygia and Pamphylia, Egypt and the parts of Libya belonging to Cyrene, and visitors from Rome, both Jews and proselytes, Cretans and Arabians—we hear them telling in our own tongues the mighty works of God.”

Jews would have come to Jerusalem from all across the Mediterranean to celebrate Pentecost. In the television episode, the story uses the conflict with Pilate to show a larger crowd. However, this was not likely the case. Instead, many Jews would have been in the city, near the temple, offering the perfect opportunity for the apostles to share the good news of Jesus. When they did, 3,000 believed and were baptized, beginning the church as Jesus promised (Acts 2:41).