Should Additional Gospels Have Been Included in Our Bibles? 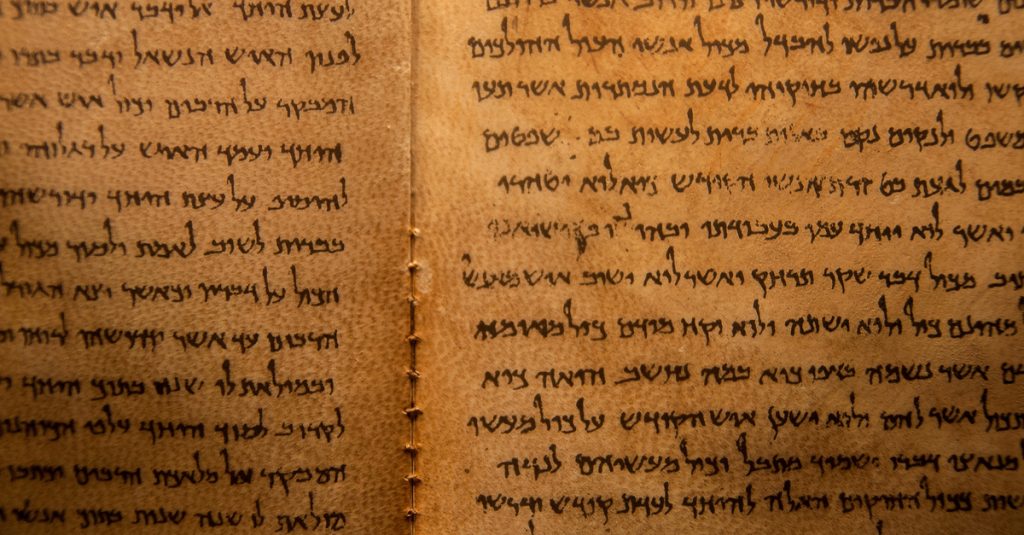 “More than eighty gospels were considered for the New Testament, and yet only a relative few were chosen for inclusion—Matthew, Mark, Luke and John among them.” —Dan Brown, The Da Vinci Code, p. 231[1]

“Fortunately for historians,” Teabing said, “some of the gospels that Constantine attempted to eradicate managed to survive. The Dead Sea Scrolls were found in the 1950s hidden in a cave near Qumran in the Judean desert. And, of course, the Coptic Scrolls in 1945 at Nag Hammadi. In addition to telling the true Grail story, these documents speak of Christ’s ministry in very human terms.… The scrolls highlight glaring historical discrepancies and fabrications, clearly confirming that the modern Bible was compiled and edited by men who possessed a political agenda—to promote the divinity of the man Jesus Christ and use His influence to solidify their own power base.” —Dan Brown, The Da Vinci Code, p. 234[2]

There is no question that the discovery of the Dead Sea Scrolls (1949ff) and the documents at Nag Hammadi (1945) were important in terms of biblical schol­arship—but not for the reasons that Dan Brown posits in The Da Vinci Code.

According to Dr. Norman Geisler,

These ancient texts, hidden in pots in cliff-top caves by a monastic religious community, confirm the reliability of the Old Testament text. They provide significant portions of Old Testament books—even entire books— that were copied and studied by the Essenes. These manuscripts date from as early as the third century B.C. and so give the earliest window so far found into the texts of the Old Testament books and their predictive prophecies. The Qumran texts have become an important witness for the divine origin of the Bible.[3]

By studying these scrolls, scholars have found that the “scrolls give an over­whelming confirmation of the faithfulness with which the Hebrew text was copied through the centuries.”[4] Geisler goes on to quote Millar Burrows: “It is a matter of wonder that through something like a thousand years the text underwent so little alteration. As I said in my first article on the scroll, ‘Herein lies its chief impor­tance, supporting the fidelity of the Masoretic tradition.’”[5]

But confirmation of the Old Testament is not the only benefit the Christian Church has derived from this amazing cache.

Recently, in Cave 7 of the Dead Sea discovery, New Testament documents dating to the first century have been discovered. Although still under debate, many feel these fragments could be further proof that the gospels were written well within the first century and not centuries later as skeptics assert.[6]

In addition to confirming the accuracy of the text, these scrolls have also provided proof that “the New Testament view of a personal messiah-God who would rise from the dead is in line with first-century Jewish thought.”[7]

Furthermore, in one important excerpt, the Dead Sea Scrolls actually affirm that the deity of Jesus was assumed far before the Council of Nicea! Geisler reports:

Even the deity of the Messiah is affirmed in the fragment known as “The Son of God” (4Q246), Plate 4, columns one and two: “Oppression will be upon the earth… [until] the King of the people of God arises,… and he shall become [gre]at upon the earth. [… All w]ill make [peace,] and all will serve [him.] He will be called [son of the Gr]eat [God;] by His name he shall be designated…. He will be called the son of God; they will call him son of the Most High.”[8]

In short, “The Dead Sea Scrolls in no way provide proof that any secret gos­pels exist. Instead, they confirm the accuracy of the Old and New Testament.”[9]

But what about the documents found at Nag Hammadi? Do they provide any better basis for the claims made in The Da Vinci Code? Sadly for Brown, the answer is no. For the most part, the Nag Hammadi texts consist of so-called “Gnostic gospels”.

The Nag Hammadi Texts, … are named after the place they were found on the west bank of the Nile. A library was found containing forty-five texts written in the Coptic language. These were written from the early second century to the fourth century AD. Examples of texts included The Gospel of Thomas, The Gospel of Philip, The Acts of Peter and others. These texts were Gnostic in character and found in a library of Gnostic works….[10]

Gnosticism was a problem even in the first century church. The International Standard Bible Encyclopedia provides this definition: …

Gnosticism may be described generally as the fantastic product of the blending of certain Christian ideas—particularly that of redemption through Christ—with speculation and imaginings derived from a medley of sources (Greek, Jewish, Parsic; philosophies; religions, theosophies, mysteries) in a period when the human mind was in a kind of ferment, and when opinions of every sort were jumbled together in an unimaginable welter. It involves, as the name denotes, a claim to “knowledge,” knowledge of a kind of which the ordinary believer was incapable, and in the possession of which “salvation” in the full sense consisted. This knowledge of which the Gnostic boasted, related to the subjects ordinarily treated of in religious philosophy; Gnosticism was a species of religious philosophy (Early Church History to AD 313, II, 71).[11]

Warnings against specific Gnostic teachings can be found in 1 Corinthians, Colossians, 1 Timothy, and 1 John.[12]

But while there is no evidence that the early church fathers deliberately tried to hide or destroy these documents, we do have evidence that they knew about them, and rejected them because they were not accurate and trustworthy sources of information about Jesus or the Christian faith:

The assertion by Brown that these are secret gospels is false. We have known of these for centuries. The early church fathers wrote about the texts and rejected them as uninspired and non-apostolic. Iraneaus (130-200 AD) and Tertullian (160-225 AD) mentioned the texts in their letters and stated their rejection of them. These texts were never considered part of the inspired writing of the Apostles for several reasons.

Many of the texts are dated well after the death of the apostles. The teachings are inconsistent with previous revelation of Jesus and apostolic teaching. The teaching of Gnostic dualism is what the gospels of John and Epistles appear to be reacting against. Additionally, the church fathers knew of these texts and never regarded them as equals to the gospels.[13]

What about the other 40 or so apparently “lost” gospels that Brown refers to?

Is there any evidence that they existed? Not according to Craig Blomberg:

Another blatantly fictitious portion of The Da Vinci Code is the claim that “more than eighty gospels were considered for the New Testament.” Add up everything that was ever called a gospel in the first half-millennium of Christianity (most of which are small compilations of esoteric sayings ascribed to Jesus and not narratives of any portion of his life) and you come up with about two dozen documents. About half of these are known only from quotations in early church fathers or small scraps or fragments that have been discovered, and there is little that is unorthodox in them. Others are clearly Gnostic and equally clearly “Christian” mutations of earlier apostolic tradition. The only apocryphal “Gospel” that any sizable number of scholars of any theological stripe gives serious credence to is the Coptic Gospel of Thomas, a collection of 114 sayings attributed to Jesus, of which approximately 1/3 are roughly paralleled in the canonical Gospels, another 1/3 are clearly Gnostic and non-Christian, and the remaining 1/3 are neither necessarily unorthodox nor demonstrably Gnostic. It is in this last group where intriguing questions about what else Jesus might have actually said, not preserved in the canon, primarily emerge. But Brown’s characters do not appeal to the Gospel of Thomas at all![14]

And then there is this interesting comment from James Holding:

One of Brown’s characters makes the astonishing claim that there are “tens of thousands of pages (p. 256) of documentation for the “true” version of Christian origins. Given that we seldom have as much as even a single book’s worth of information on the vast majority of ancient historical figures (e.g., Alexander the Great and Julius Caesar), the claim that anyone would have compiled such encyclopedic resources about Jesus is outlandish, especially since writing materials were so scare and expensive, and the ancient literacy rate was no more than 10 percent.[15]

So what is the evidence that these Gnostic Gospels give us better information about Jesus than Matthew, Mark, Luke and John? There is none. What is the evidence that they should have been included in our Bibles? In fact, the opposite is true—they simply do not qualify as “inspired, inerrant” works. But even if we take them simply as literature, there is another problem these “gospels” face:

Put simply, the church has a better claim to have “been there first.” Their documents have the evidence of earlier composition—in terms of manuscript evidence, internal linguistic evidence, and external attestation—and the evidence of context, for the “male dominated” society that is so despised by ideologues like Brown is better matched in the Jewish culture in which Christianity formed, while the “divinized female” ideal that they prefer is found only in much later Gnostic materials.[16]