The Swoon Theory: Could Jesus Have Survived the Cross? 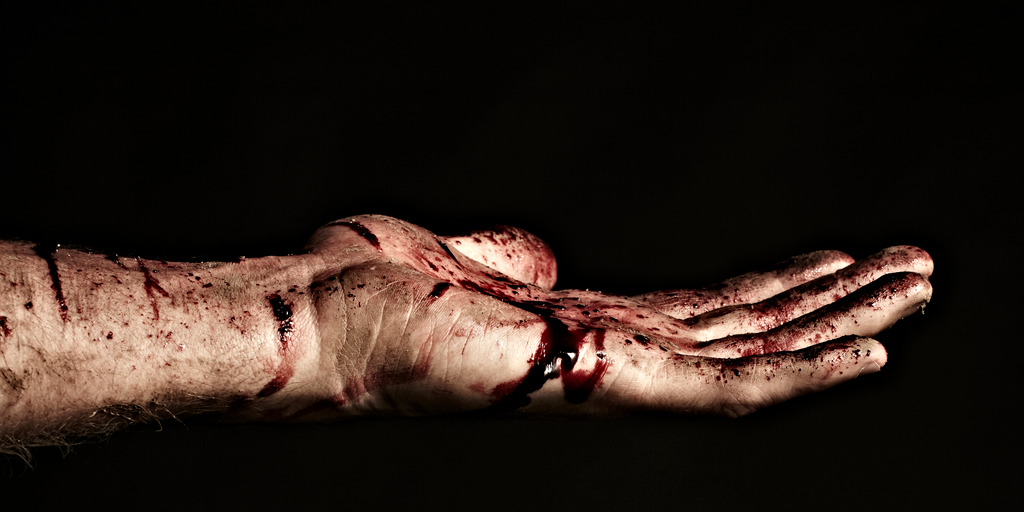 While there is strong historical documentation that Jesus died by crucifixion, some still wonder if Jesus only appeared to die and all the sources got it wrong. What if Jesus merely fainted (or “swooned”) on the cross and the soldiers mistook Him as dead? What if Jesus then resuscitated in the tomb, escaped, and convinced His disciples that He had been resurrected from the dead? Let’s look at The Swoon Theory: Could Jesus Have Survived the Cross?

While this theory continues to circulate in popular literature, almost all scholars reject it as an implausible fringe theory that lacks all semblance of credibility. In fact, no reputable scholar has held this view since David Friedrich Strauss dismantled it in 1835.[1] Let’s look at why this is and then conclude with Strauss’ famous critique.

When a group of physicians, including a pathologist from the Mayo Clinic, examined what Jesus underwent, they concluded in the respected Journal of the American Medical Association:

Their article goes on to outline the evidence for why this is the case. If it interests you, the full article is accessible at the link below,[3] but here are a few noteworthy details.

These physicians point out how the scourging process alone would bring one “just short of collapse or death”:

“The usual instrument was a short whip… in which small iron balls or sharp pieces of sheep bones were tied at intervals… the man was stripped of his clothing, and his hands were tied to an upright post…. The back, buttocks, and legs were flogged…. The scourging… was intended to weaken the victim to a state just short of collapse or death.

As the Roman soldiers repeatedly struck the victim’s back with full force, the iron balls would cause deep contusions, and the leather thongs and sheep bones would cut into the skin and subcutaneous tissues. Then, as the flogging continued, the lacerations would tear into the underlying skeletal muscles….

The severe scourging, with its intense pain and appreciable blood loss, most probably left Jesus in a preshock state…. Therefore, even before the actual crucifixion, Jesus’ physical condition was at least serious and possibly critical….

Jesus apparently was so weakened by the severe flogging that he could not carry the patibulum [cross beam] from the Praetorium to the site of crucifixion one third of a mile away.”[4]

When it came time to attach Jesus to the cross, each wound was intended to inflict excruciating pain. The Romans exacerbated this process by nailing the wrists and feet of the one they were executing.  They chose precise locations that could support the person’s weight while also inducing the maximum amount of agony.

“The driven nail would crush or sever the rather large sensorimotor median nerve. The stimulated nerve would produce excruciating bolts of fiery pain in both arms.”[5]

One doctor likened this sensation to the crushing of the nerve that triggers intense pain when you hit your elbow, what we refer to as the “funny bone.”[6]

Once Jesus was fixed to the cross, Gary Habermas and Michael Licona describe the process of crucifixion as such:

“The many physicians who have studied crucifixion over the years have invariably concluded that the major problem faced by victims of crucifixion was breathing, or more precisely—asphyxiation. Once on the cross, the victim would want to take the pressure off his nailed feet. To do this, he would allow the weight of his body to be held up by his nailed hands. However, in this ‘down’ position, certain muscles would be in the inhalation position, making it difficult to exhale. Thus, the victim would have to push up on his pierced feet in order to exhale. However, the first several times he did this would cause intense pain, since it would cause the nail to tear through the flesh in the feet until it enlodged itself against one of the bones. Thus, the crucifixion victim would be seen pushing up quite often and returning to the down position. Severe muscle cramps and spasms would also make breathing all the more difficult and painful.”[7]

Even with the best medical treatment, it is highly unlikely for one to recover after enduring hours of this process.

Since the one crucified ultimately died on the cross due to exhaustion asphyxia (the inability to keep pulling oneself up in order to breathe), soldiers could easily tell if a person was alive or dead. If the person remained in the “down” position on the cross, this meant they could not breathe. When one stayed in this position for some time, it was clear they were dead. One could not fake this position for several minutes or stay alive on the cross in a coma or fainted state.

If soldiers ever wanted to bring an end to the dying process, as they did with the criminals beside Jesus due to the Sabbath, they would break the victim’s legs. This would inhibit their ability to push themselves up and they would quickly die from asphyxiation. However, the soldiers did not need to do this with Jesus, for it appears He had been in the down position for some time.

The soldiers, however, took extra measure to verify that Jesus was truly dead. They pierced His side with a spear causing water and blood to flow out (John 19:34-35). The Journal of the American Medical Association explains,

“The water probably represented serous pleural and pericardial fluid [from the sac surrounding Jesus’s heart], and would have preceded the flow of blood and been smaller in volume than the blood. Perhaps in the setting of hypovolemia and impending acute heart failure, pleural and pericardial effusions may have developed and would have added to the volume of apparent water. The blood, in contrast, may have originated from the right atrium or the right ventricle [from the piecing of His heart] or perhaps from a hemopericardium.”[8]

From this, they conclude,

“Jesus was dead before the wound to his side was inflicted.”[9]

Like the prison guard in Acts 16:7 who knew he was to be killed if any prisoners escaped on his watch, so the soldiers knew it would cost them their lives if they allowed Jesus or anyone else to escape the death penalty.

The same was true for the soldiers posted outside Jesus’s tomb if they allowed His body to be stolen. Hence, they needed assurance from the chief priests that they would be spared if the Roman governor found out about the empty tomb and the lie they were bribed to tell (Matthew 28:14).

Even though Jesus was clearly beyond the point of resuscitation, let’s imagine that He was somehow able to survive the cross and regained consciousness in the tomb. Consider all the subsequent feats Jesus would need to do in order to get to His disciples.

This combined series of feats make such an escape next to impossible.

This was the famous argument, as briefly mentioned in the beginning of this article, raised by David Friedrich Strauss in 1835. It is what dealt the final blow to this theory. Since it was made, no reputable scholar has tried to defend the swoon theory. Here is how Strauss puts it:

“It is impossible that a being who had stolen halfdead out of the sepulcher, who crept about weak and ill, wanting medical treatment, who required bandaging, strengthening and indulgence, and who still at last yielded to his sufferings, would have given to the disciples the impression that he was a Conqueror of death and the grave, the Prince of Life, an impression which lay at the bottom of their future ministry. Such a resuscitation could only have weakened the impression which He had made upon them in life and in death, at the most could only have given it an elegiac voice, but could by no possibility have changed their sorrow into enthusiasm, have elevated their reverence into worship.”[15]

Furthermore, the swoon theory cannot account for the radical transformation that turned Saul from a zealous persecutor of the church into the apostle Paul. Such a change occurred in Paul as a result of his encounter with the risen and glorified Christ (see Acts 9 and 22). If Paul merely encountered a resuscitated rather than glorified Christ, many of his statements, such as this one, would make no sense: “[Jesus] will transform our lowly bodies so that they will be like his glorious body” (Philippians 3:21). As Gary Habermas puts it, “Upon seeing a swooned Jesus who was limping, bleeding, pale, and stooped over in pain, Peter [and later Paul] would not have responded, ‘Wow, I can’t wait to have a resurrection body just like that!’”[16]

In light of all this, scholars have unanimously concluded that the “Swoon” theory has no merit and should be put to rest.

So, what does Jesus’s death mean to you?

Having established that Jesus truly walked this earth and died a gruesome death on a Roman cross two thousand some years ago, we need to consider why. Why would He, as the Sovereign Lord and Creator of all things, willfully undergo all this?

The Bible says, “God showed his great love for us by sending Christ to die for us while we were still sinners” (Romans 5:8, NLT).

For on the cross, “For God made Christ, who never sinned, to be the offering for our sin, so that we could be made right with God through Christ” (2 Corinthians 5:21).

“He personally carried our sins in his body on the cross so that we can be dead to sin and live for what is right. By his wounds you are healed. Once you were like sheep who wandered away. But now you have turned to your Shepherd, the Guardian of your souls” (1 Peter 2:24-25).

As you enter this Easter season, may you return to the great Shepherd who laid down His life for His sheep. May you pause and consider afresh the cost of Jesus’s sacrifice and cherish the free gift of forgiveness and eternal life that is now yours in Christ.

[1] Albert Schweitzer documents various publications on the historical Jesus over the eighteenth and nineteenth centuries. After 1838, he ceases to list scholars contending for the swoon theory. See Albert Schweitzer, The Quest of the Historical Jesus: A Critical Study of Its Progress from Reimarus to Wrede, trans. W. Montgomery (New York: Macmillan, 1906, 1968).

[4] Edwards, Gabel, and Hosmer, “On the Physical Death of Jesus Christ,” Journal of the American Medical Association, pp. 1457, 1461. Emphasis added.

[8] Edwards, Gabel, and Hosmer, “On the Physical Death of Jesus Christ,” Journal of the American Medical Association, p. 1463.

[11] Edwards, Gabel, and Hosmer, “On the Physical Death of Jesus Christ,” Journal of the American Medical Association, p. 1460.

[15] David Friedrich Strauss, A New Life of Jesus, authorized trans., 2nd ed., 2 vols. (London: Williams and Norgate, 1879), 1: p. 412. Notably, Strauss did not believe in the resurrection. Rather, he argued that the perceived post-mortem appearances were hallucinations.