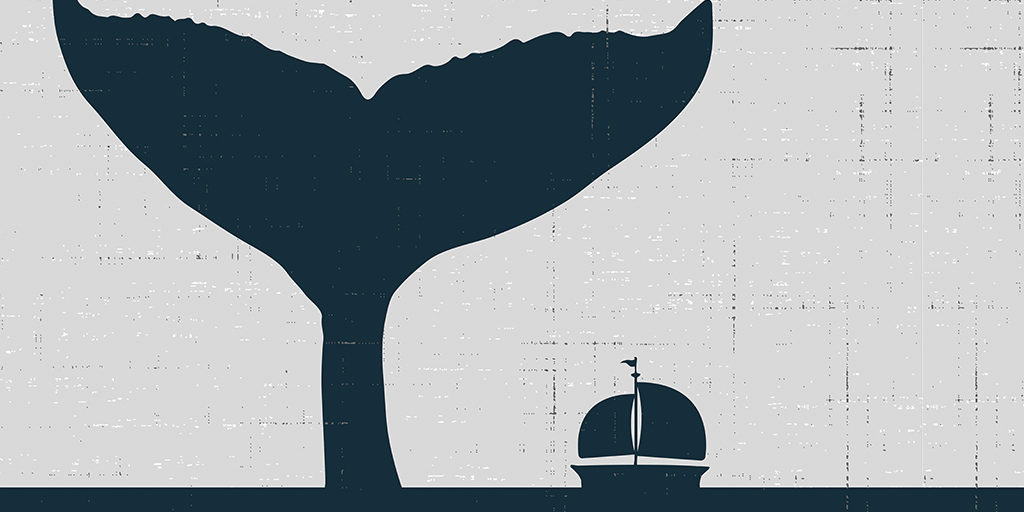 “A wicked and adulterous generation looks for a sign, but none will be given it except the sign of Jonah.” Jesus then left them and went away. (Matthew 16:4).. We have looked at the book of Jonah in two other articles, so I’ll just give a brief review, then add the book’s interesting postscript. Let’s look at the Sign of Jonah.

God told Jonah to go to the city of Nineveh and tell them that He was about to destroy them because of their great wickedness. Jonah didn’t want to go, so he took off in the wrong direction, took a ship heading west, and ended up in the belly of a fish.

But even the fish couldn’t stomach him, and Jonah ended up on dry land again. This time he headed in the right direction.

Well, Jonah arrived at Nineveh and traveled throughout the city declaring God’s coming judgment, and a funny thing happened. The people listened, and they responded to God’s warning and repented. God saw their repentance and withheld the judgment He had threatened—not because they became great godly people, mind you, but simply because they listened to Him and responded to His call. Jonah 3:10 says, “When God saw what they did and how they turned from their evil ways, he relented and did not bring on them the destruction he had threatened.”

So far so good. But then we get to chapter 4. Jonah got angry. He was LIVID that God had not punished the Ninevites! How dare He! Listen to him as he tries to justify his initial resistance to this mission: “Isn’t this what I said, Lord, when I was still at home? That is what I tried to forestall by fleeing to Tarshish. I knew that you are a gracious and compassionate God, slow to anger and abounding in love, a God who relents from sending calamity. Now, Lord, take away my life, for it is better for me to die than to live” (Jonah 4:2-3).

Wow. Of course, God responded by asking Jonah, “Is it right for you to be angry?” (v. 4). The obvious answer was no, and Jonah went out and pouted.

What do we learn here?

I don’t know if you’ve had this experience, but I remember many times in church when the pastor would read a verse or two, then take off on a sermonic (yep, that’s a word!) journey that had NOTHING to do with the text other than, perhaps, a key word the verse contained.

Pardon me, but that’s what I’m going to do. Our key word is “Jonah.” Yep. That’s it. In context, the “sign of Jonah” most likely referred to Jesus’ coming resurrection. That makes sense. But I want to draw your attention to something else.

Jonah got mad because God did not destroy the city. Then he got upset when God did destroy the plant that was giving him shade. “How dare He?!”

So God invited Jonah to another “come to Jesus” meeting. “Jonah,” He says (I’m paraphrasing), “you didn’t make this plant, I did. If I want to destroy it, I have that right. By the same token, I have the right to destroy or to have mercy on the people whom I created. What right do you have to criticize me?”

Let’s imagine that God went on to say something like, “I could have destroyed you, wiped you out of existence while you were in that fish’s belly. But instead I gave the fish indigestion and spared you. I had mercy on you in your rebellion, and I had mercy on the Ninevites in their repentance.”

I couldn’t help but think of those religious leaders who were fighting so hard against Jesus. They were fighting for their version of what was right—having the people follow their rules. But every time Jesus showed mercy, they did a Jonah—they got mad and complained.

They got mad when He healed; they got mad when He met the needs of people around Him—feeding the 5,000, feeding His disciples, forgiving sin!? They got so mad they conspired and carried out a plot to have Him killed.But God did an astonishing thing. He raised Jesus from the dead after a short time in the grave. Here comes your “sign of Jonah.” Jesus did not stay in the grave, just like Jonah did not stay in the fish’s belly. Jesus went on to bring that mercy He had taught about, opening the door for everyone, not just the Ninevites, not just the religious leaders of His day, not just the poor and needy of His time, but everyone to receive the same mercy He had shown to Nineveh. Because, you see, “If we confess our sins, he is faithful and just and will forgive us our sins and purify us from all unrighteousness” (1 John 1:9).