The Disciples Believed They Saw the Risen Jesus – Part 1 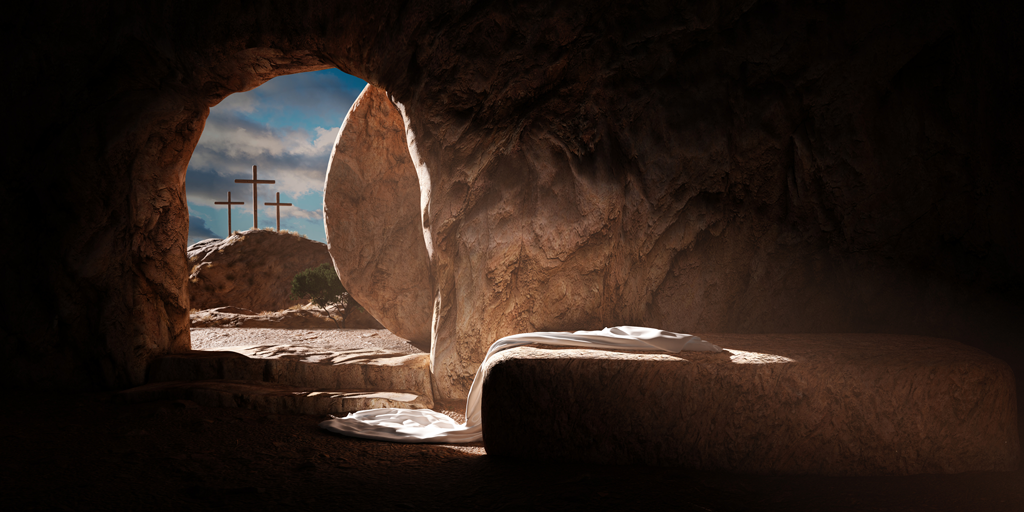 “When I was young, I was reading a book by C. S. Lewis, who wrote that the New Testament says nothing about the Resurrection. I wrote a real big ‘No!’ in the margin. Then I realized what he was saying: nobody was sitting inside the tomb and saw the body start to vibrate, stand up, take the linen wrappings off, fold them, roll back the stone, wow the guards, and leave.” – Gary Habermas[1]. Did the Disciples see Jesus?

Well, if no one actually saw Jesus rise from the dead, how can anyone be sure He really did? Isn’t it logical to assume the disciples just made up that story? Or maybe it was a case of wishful thinking: they wanted Him to be alive, so they convinced themselves He was.

Gary Habermas has spent many years examining historical, philosophical and theological issues regarding the resurrection of Jesus. He has published a number of books on the topic, including The Historical Jesus: Ancient Evidence for the Life of Jesus, and The Case for the Resurrection of Jesus (with Michael Licona).

As a result of his long years of study Dr. Habermas has developed what he calls a “minimal facts” argument, a list of up to six facts which are accepted by the majority of scholars, even skeptical ones. Skeptical scholars accept these facts not on the basis of biblical inspiration, but rather because of other factors, including corroboration from extrabiblical sources, including historians such as Josephus.

While the wording of minimal facts varies a bit depending on who is quoting them, basically they are these:

Sometimes the empty tomb is added to this list as well.

What has long intrigued me about these minimal facts is the wording of the second point: Jesus’ followers had real experiences that they thought were actual appearances of the risen Jesus. You see, the skeptics are not asked to accept that the disciples really saw Jesus alive, or even that He really was alive to appear to them. Rather, they are agreeing that the disciples really believed that they saw Him alive, and that, Point 3, their lives were truly transformed as a result of that experience.

As Dr. William Lane Craig states in his book, The Son Rises,

“It is impossible to deny that the disciples honestly believed that Jesus had risen from the dead, in light of their life of suffering and their dying for this truth…. After the crucifixion the disciples were confused, defeated, fearful, and burdened with sorrow. Suddenly they changed, becoming fearless preachers of Jesus’ resurrection. They suffered bravely and confidently for this fact. They went from the depths of despair to the boldest certainty. This incredible change in the disciples showed that they were… absolutely convinced that Jesus had risen from the dead.”[3]

I want to explore this “cause and effect” by briefly looking at three men, two of whom are mentioned in the facts above (James and Paul), and the other who will stand as representative for the disciples as a whole.

We begin with Peter. First, we see three incidents in his life before the resurrection.

Matthew 16:22-23 (when Jesus predicted His death) Peter took [Jesus] aside and began to rebuke him. “Never, Lord!” he said, “this shall never happen to you!” Jesus turned and said to Peter, “Get behind me, Satan! You are a stumbling block to me; you do not have in mind the concerns of God, but merely human concerns.”

Matthew 26:40 (in the Garden of Gethsemane) Then he returned to his disciples and found them sleeping. “Couldn’t you men keep watch with me for one hour?” he asked Peter.

Matthew 26:69-75 (when he denied knowing Jesus) Now Peter was sitting out in the courtyard, and a servant girl came to him. “You also were with Jesus of Galilee,” she said. But he denied it before them all. “I don’t know what you’re talking about,” he said. Then he went out to the gateway, where another servant girl saw him and said to the people there, “This fellow was with Jesus of Nazareth.” He denied it again, with an oath: “I don’t know the man!” After a little while, those standing there went up to Peter and said, “Surely you are one of them; your accent gives you away.” Then he began to call down curses, and he swore to them, “I don’t know the man!” Immediately a rooster crowed. Then Peter remembered the word Jesus had spoken: “Before the rooster crows, you will disown me three times.” And he went outside and wept bitterly.

Oh, but what a change once he encountered the risen Christ:

Acts 2:22-24 “Fellow Israelites, listen to this: Jesus of Nazareth was a man accredited by God to you by miracles, wonders and signs, which God did among you through him, as you yourselves know. This man was handed over to you by God’s deliberate plan and foreknowledge; and you, with the help of wicked men, put him to death by nailing him to the cross. But God raised him from the dead, freeing him from the agony of death, because it was impossible for death to keep its hold on him.”

Acts 3:6-8 (healing the lame man) Then Peter said, “Silver or gold I do not have, but what I do have I give you. In the name of Jesus Christ of Nazareth, walk.” Taking him by the right hand, he helped him up, and instantly the man’s feet and ankles became strong. He jumped to his feet and began to walk. Then he went with them into the temple courts, walking and jumping, and praising God.

Acts 15:7-11 (at the Jerusalem Council) After much discussion, Peter got up and addressed them: “Brothers, you know that some time ago God made a choice among you that the Gentiles might hear from my lips the message of the gospel and believe. God, who knows the heart, showed that he accepted them by giving the Holy Spirit to them, just as he did to us. He did not discriminate between us and them, for he purified their hearts by faith. Now then, why do you try to test God by putting on the necks of Gentiles a yoke that neither we nor our ancestors have been able to bear? No! We believe it is through the grace of our Lord Jesus that we are saved, just as they are.”

Always somewhat impetuous, Peter channeled his energy and his drive to proclaim the message of the gospel for the rest of his life. His faithful witness resulted in his martyrdom under Nero. Only his encounter with the risen Christ could have affected such a change in him.

In Part 2 we will look at the changed lives of James and Paul.