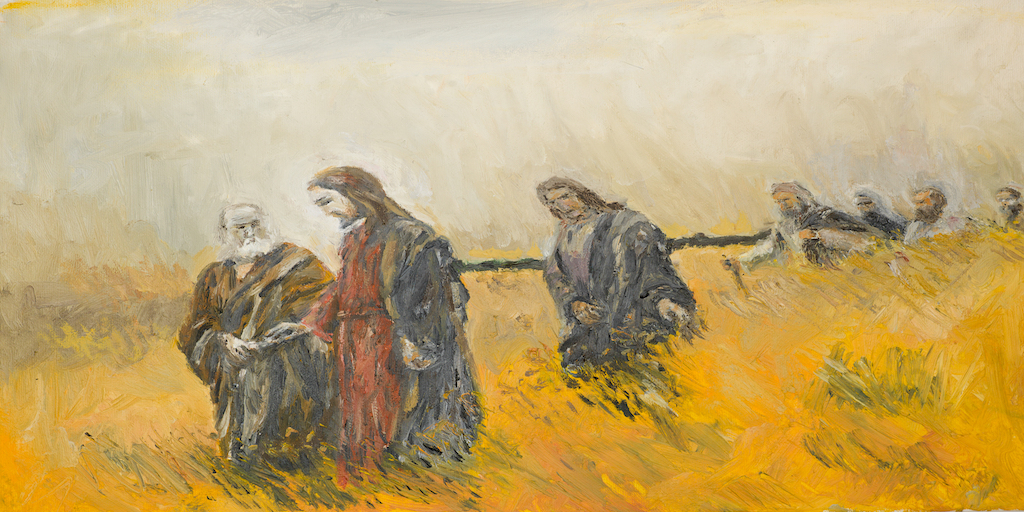 And the Word was made flesh and dwelt among us (and we beheld his glory, the glory as of the only begotten of the Father), full of grace and truth. (John 1:14) What does the Word became Flesh mean? That is an astonishing statement, given that we are talking about Jesus – God Himself – who “really took human nature upon Him in order to save sinners. He really became a man like ourselves in all things, sin only excepted.”[1]

J.C. Ryle lists several ways that Jesus was “like us”: “He grew from infancy to boyhood,… hungered, thirsted, ate, drank, slept, was wearied, felt pain, wept, rejoiced, marveled, and was moved to anger and compassion.”

He suffered temptation, but did not succumb to it. In all things He stayed true to His divine nature: “Very truly I tell you, the Son can do nothing by himself; he can do only what he sees his Father doing, because whatever the Father does the Son also does” (John 5:19).

And, greatest of all, the very reason for His incarnation: “in the same body, He really suffered and shed His blood, really died, was really buried, really rose again, and really ascended up into heaven.”[2]

But we must be very careful to remember that, while He was born in human flesh, at no time did Jesus cease to be God. “He that suffered for sin on the cross, and was made sin for us, was ‘God manifest in the flesh.’”[3] While at times His divinity was veiled (“no one knows, not even… the Son” Matt. 24:36), nevertheless He was always fully God.

What does all that mean for us? Among many things that could be listed, Ryle says, “This constant undivided union of two perfect natures in Christ’s Person is exactly that which gives infinite value to His mediation, and qualifies Him to be the very Mediator that sinners need. Our Mediator is One who can sympathize with us, because He is very man. And yet, at the same time, He is One who can deal with the Father for us on equal terms, because He is very God.”[4]