UFOs and the Possibility of Life on Other Planets – Part 1 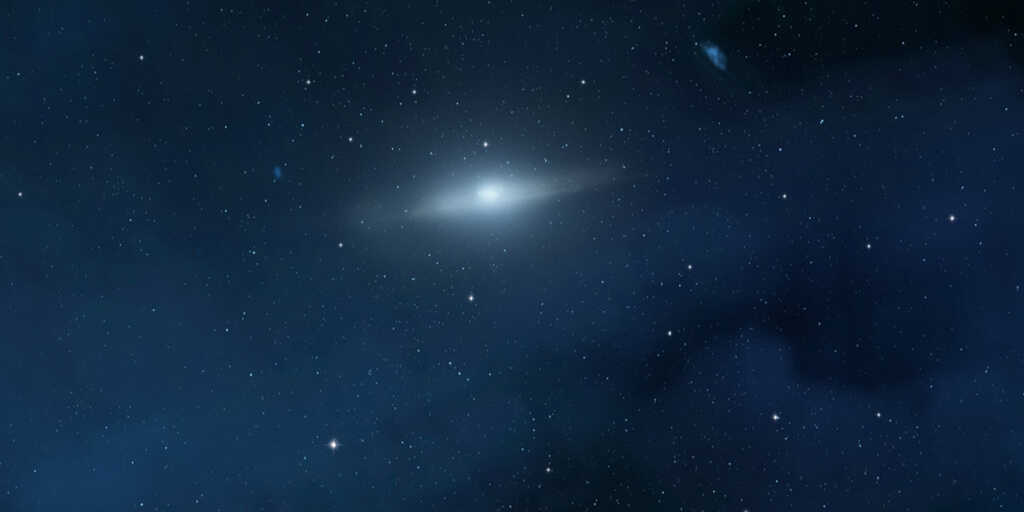 The question as to whether there is extraterrestrial life in the universe has been debated from the beginning of recorded history. There are even records from the fifth century before Christ indicating man’s interest in the subject.[1] Democritus (460-370 BC), Epicurus (341-270 BC), and Lucretius (98-54 BC), for example, believed there were other worlds inhabited by life. Others, such as Aristotle (384-322 BC), said there is no life on other planets. The debate continues to the present day.[2] Is there a possibility of life on other planets?

In the past there have been many scientists who have been skeptical about the possibility of life on other planets in view of the precise conditions that are necessary for the development and survival of life-forms. It was argued that planets that are too small cannot retain an atmosphere. And without an atmosphere of oxygen, the chemical reactions that allow cells to extract energy from other chemicals cannot run. Planets that are too hot or too cold have no liquid water. And without water, the chemical process known as photosynthesis—a process that converts sunlight into energy—is not possible.

Today, however, those who argue for the possibility of life on other planets generally point to the fact that there are conceivably millions of earth-like planets out there in each of billions of galaxies. Hence, it is reasoned, surely some of those planets must be inhabited by life-forms like us.[3] As the late science fiction writer Isaac Asimov put it:

If we cling to the optimistic view, then on any planet very much like earth, chemical changes would have taken place similar to those which took place here. Life would form; but even if it formed on the same chemical basis, no one could tell how it would appear structurally. Yet some alien life-forms might develop intelligence, and that intelligence, at least, might resemble ours. The chances of such intelligence developing can only be speculated upon. However, if intelligence developed only one time in every million life-bearing planets, there might be over 600 different types of intelligent beings in our galaxy alone.[4]

Sometimes those who argue against the possibility of life on other planets (especially for religious reasons) find themselves on the receiving end of cutting remarks. The Institute for Creation Research (ICR), for example, once put out a statement which affirmed:

To date there is not one iota of real evidence in either science or the Bible that intelligent beings were either evolved or created anywhere in the universe except on earth. In any case, it is the planet earth which is the focal point of God’s interest in the universe. There is no need to look, because there couldn’t be anyone out there.[5]

The controversial Whitley Strieber claimed to have been abducted by aliens and documented his experience in the best-selling book Communion. He responded to ICR by saying, “The banality of this position makes it more pitiful than frightening.”[6]

Though Strieber doesn’t want to hear about it, it is not just some Christians who doubt the existence of life on other planets. For example, Dr. Frank Tipler, a professor at Tulane University, argued that there are no intelligent beings other than humans that have developed in the Milky Way galaxy. “If the Martian evidence holds up,” he says, “we may have to face the fact that primitive life is common in the universe but that the development of intelligence is vastly improbable. I believe we are the very first intelligence to arise in our galaxy.”[7]

Other scientists believe there is intelligent life out there in the universe, but for some reason these advanced life-forms have not communicated with us. Several hypotheses have been suggested. Some hold to the “self-destruction hypothesis,” which says that there have been advanced civilizations out in space, but they blew themselves up or committed suicide before they were able to travel to other planets.

Others hold to the “contemplation hypothesis.” This theory holds that “mature civilizations grow out of the adolescent urge to colonize, preferring to stay home and explore the frontiers of art or contemplate the meaning of life.”[8]

Others suggest that there are advanced life-forms out there, but they are so far away that it is impossible for them to reach us. Doctor Seth Shostak—one of the world’s leading physicists and astronomers, and director of the SETI [“Search for ExtraTerrestrial Intelligence”] Institute in Mountain View, California—is among those who say there are millions of aliens out there, but they are just too far away. They may be so advanced that human beings would be like insects or rodents to them.[9]

Let’s face the reality, Shostak says, that the nearest extraterrestrial life is very far away. In fact, in order to reach the nearest solar system which could support life, it would take more than 100 years traveling at a speed of 40,000 miles per second.[10]

In view of this, Shostak speculates, our first visitor will likely be an intelligent machine, capable of rebuilding itself and make clones to launch off to other missions. This machine “will be programmed to expect an encounter with another civilization and will make efforts to communicate with us while analyzing our strengths and weaknesses,” Shostak says.[11]